Darius Syrossian Music is more important than anything else

Darius Syrossian has done it all. You know him best as an international DJ and producer, but like many, his passion started in the record shops he worked at long before fate would wave her magic wand. His most recent venture sees him delve into the world of running a record label with Electric Ibiza, releasing (in their own words) nothing but true house music. Being DJ turned producer, Darius is a firm believer in sticking to the true art of DJing whether it be vinyl or digital – and this will be massively reflected within the Do Not Sleep imprint.

Hey Darius! So… huge congrats on the brand new label! How’s it all going?

Really good, Just on way back from shows in Barcelona at Razzmatazz & Rondel in Bern Switzerland, now looking forward to a few days back home in Manchester, where I’m going to lock myself in the studio working on some new material.

Let’s start off with hearing more about your ever-evolving musical background, please talk us through how you got from owning record shops to DJ to producer to label boss?

Well it was around the time when record shops were struggling selling vinyl to DJs, I’d done it for 14 years, but with digital downloads being ever more popular, it was a case of either get a normal 9 to 5 job, or stay involved in the industry and I knew music was my passion. So I turned to producing and after a year or two of concentrating on making music, I signed to lots of big labels and it helped me gain international recognition. Now I want to be involved in running parties and the label ‘DO NOT SLEEP’ alongside being a touring DJ. 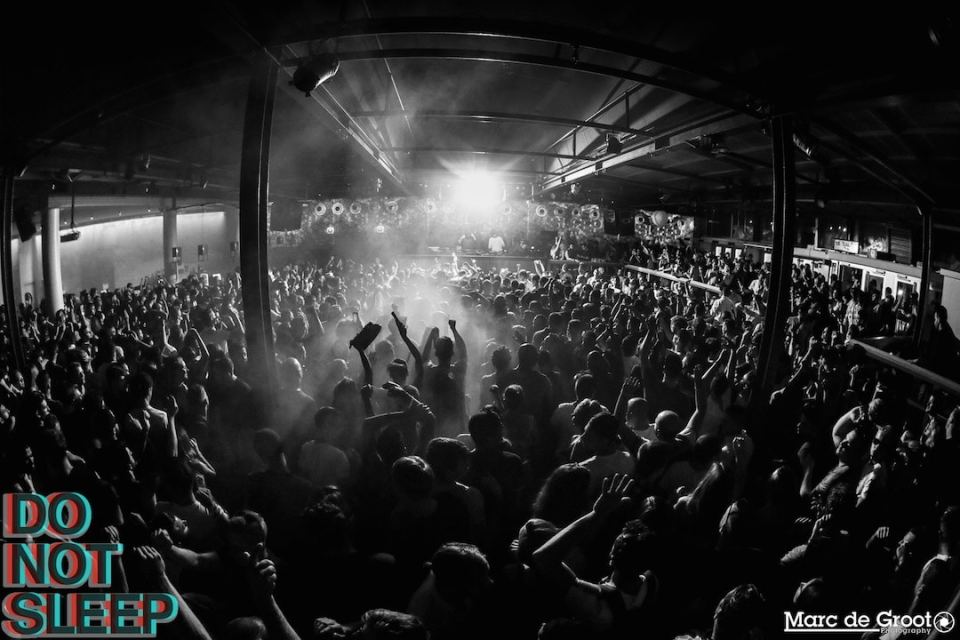 We understand Do Not Sleep will be used at a platform for releasing your own material. Why have you chosen this concept/approach?

Well actually this isn’t totally true, its more about releasing music that is the DO NOT SLEEP sound. Everyone always tells me I have my own sound, and I have released on many big labels such as Hot Creations, 8 bit, Get Physical, VIVa MUSiC, and many more, and I will continue to release on other labels. But we wanted our own label so that we can push this sound, not just from me, but other artists too… so DO NOT SLEEP can be a home for anyone who makes music that fits with the sound of the party.

The first release will be on November 20th, the EP, ‘Hanns Trippy’ on both vinyl and digital with remixes by a favourite of mine, Cuartero and a Nathan Barato version – a massively spoken about track so far! Do you have a few forthcoming releases lined up already?

Yes lots, and we are making a point of putting out music that fits, over just trying to have only well known artists on the label: good music is good music whoever has made it. simple as that! So there will be lots of great music from upcoming talents. I’ve been road testing some of the unreleased stuff, and the reaction they are getting is fantastic. I’m really excited about getting this music out there on the DO NOT SLEEP label for people to check out themselves.

From more well known artists there is stuff coming from Dennis Ferrer, Luca Donzelli and MAR-T, Harry Romeroand an EP from me, Sidney Charles, Santé, Mirko Di Florio, and Italobros, but there is also artists like Perel from Berlin, Ronnie Spiteri & loads more. And of course there are some very high profile remixes coming too, but I can’t say who those are just as yet. The main thing is the quality of the music though, not the names

The success and strength of Do Not Sleep as a brand through the summer must have played a major part in the creation of the label, and with a loyal fanbase that’s been built through the Ibiza parties (Which I tried not to miss each week!) When did the point come that starting your own record label became something you started working on?

Well I was actually planning on starting my own label when I was at Sankeys. Parties really need a label to go with them to show they are serious about music, and not just come across as just a party. I offered to run this for them, but they didn’t show much interest, so I turned to starting my own label called Our Rhythm, this happened before I even started DO NOT SLEEP. Not many know this, but the first release – Hanns Trippy, was all lined up to be released on Our Rhythm, but then at the end of summer I had a change of heart, and thought why focus on two separate projects, so it made sense to bring the label into the mix with Do Not Sleep, and release all the music I have for the new label on DO NOT SLEEP.

Electric Ibiza loved this idea so now there are four of us involved, but myself and Neil Evans (my brand manager) will be focusing on the label day to day. The first release out and doing well on Beatport, but remember we are NOT only a digital label, every single release will be both digital AND vinyl formats. I wanted to keep it real and also press to vinyl as well. This is very important to me with 14 years background of selling vinyl in record shops such as Global Beat Records and Crash records. Its a personal reminder of how I originally got into this industry.

What’s the reaction been so far to the announcement of the record label?

Fantastic, a lot of people are saying about time, and it was always planned, but with now finally being part of a brand and event that I am a partner in, rather than me playing for someone else which was the case while I was at VIVa and even at Sankeys. I fronted a lot of their parties such as Tribal Sessions but it was never my party, so now that I’m part of DO NOT SLEEP, I feel I can really put my heart and soul into this label.

What do you think are the three top things to remember when running a successful record label?

Musical integrity is more important than anything else, also having strong moral and artistic values. Stick to these things and no matter what, nobody can take anything away from you.. Music is an Art so treat it that way, Art isn’t about money, and we will not treat this project in that way 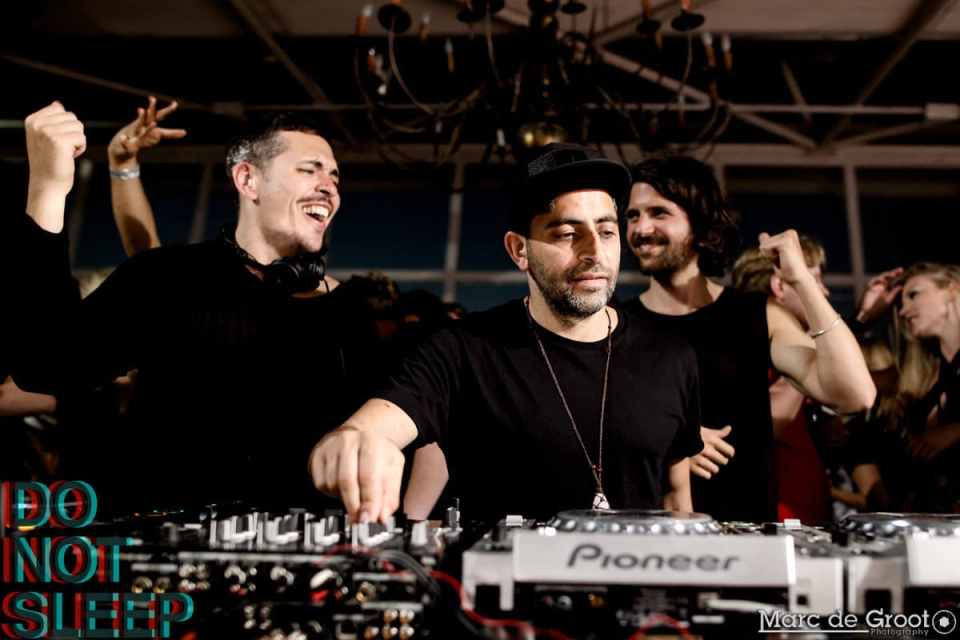 And as an artist yourself do you think you’ll face any challenges?

Yes of course! There are a lot of people that treat this scene as a fashion accessory. I’m not going to name any names, but there are certain websites I could mention, where the people on the forum talk about DJs, and talk about labels but these people don’t even go to clubs to dance!

Its almost like a fashion statement, they wanna talk about this artist nobody has heard of, or that label nobody has heard of, and turn their nose up at anything else. They especially frown upon anything that is related to Ibiza, but fact is, I don’t care about this nonsense, just as I haven’t ever cared about anything else other than keeping those people who DO like music and go to clubs to dance happy.

Which is why I have always said, the only people in the industry I care about are those on the dance floor! This is all we want to do, make people dance, and enjoy the music, our sound, you can still be underground but put on good parties, it doesn’t all have to be about obscure stuff nobody has heard of. What we do is about good music and making people dance, not keeping hipsters who see this scene as a fashion statement happy.

Lastly Darius, you clearly have bright plans for Do Not Sleep, is there anything you would like to add or share with us about the label… Maybe something we can expect from it in the near future?

Well as I said, every release will be both vinyl and digital formats, and that won’t change, for now. We are going to focus on getting a series of strong releases out there, then we have plans for a DO NOT SLEEP album, so watch this space!

We are also looking at doing some limited picture disc vinyl releases, with limited press so they can be a collectors item. There are all sorts of ideas in the pipeline, but for now we want to get a series of strong releases out there and we move on from there, there is lots of work but I love a good challenge.