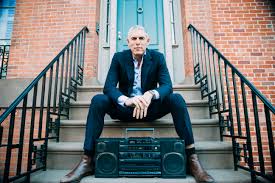 The former Def Jam and Warner exec has been named YouTube’s new Global Head of Music.

Google is an investor in Cohen’s independent label 300. It is unclear what the move will mean for that operation.

“Lyor is a lion of the music industry. From Rush to Def Jam to Island Def Jam to WMG then 300, he has consistently been a pioneer, charting the course for where music is heading. As we enter the growth era of the music industry, Lyor is in a position to make tremendous difference in accelerating that growth in a fair way for everyone. We are thrilled to welcome him to YouTube.”

Below is a letter Cohen just shared with his new team at YouTube.

It’s an incredible time to be in the music business. Back in 2006, as an executive at Warner Music Group, I worked closely with a fledgling video site to sign its first big record licensing deal. That site was YouTube. Over the next decade, I watched as your work transformed YouTube into an incredibly powerful platform that connects artists with fans all over the world.

Throughout my career in the music industry, I have strived to stay on the forefront of new technologies and cultural movements. And since starting in the industry over thirty years ago, I’ve always sought to be an advocate for artists and do everything possible to shine a light on the great talent I’ve been lucky enough to work with, including Jay Z, Run-DMC, DMX, Public Enemy, Kanye West, The Killers, Bruno Mars, Ed Sheeran, Young Thug, Fetty Wap, and Highly Suspect among others. Bringing attention to the often overlooked, but talented communities has been a huge part of my life’s work and I’ve seen how music can truly bring people together.

Over the last two decades we have seen dramatic shifts, both to the inherent value of music and the literal value that people are willing to pay. Technology and new business models have completely changed the established distribution channels that have long-served the recorded music industry. And while change has been met with understandable resistance, I strongly believe that this transformation provides opportunities that will be larger and more rewarding for both artists and the music industry.

That’s why I am excited to join this incredible team as Global Head of Music. I look forward to working together with all of you on three things. First, helping the music community embrace the technological shifts we’re seeing in music today so we can help take the confusion and distrust out of the equation. Second, building on the great work you all have done to help the music industry and creative community break new songs and artists to YouTube’s audience of over 1 billion fans. From building on the success of the YouTube Music app, to shining a light on emerging artists, I believe our potential to strengthen the industry is massive. And third, I hope that together we can move towards a more collaborative relationship between the music industry and the technologies that are shaping the future of the business.

I’m confident that we can bridge the worlds of technology and music in ways that benefit everyone, instead of the zero-sum mentality that exists today. I’m proud to be a music man, and hope that the perspective I bring from both the creative community and the music business at large will help us, our music partners and artists grow and thrive together.