THE BIGGEST DANCE MUSIC MOMENTS OF 2016 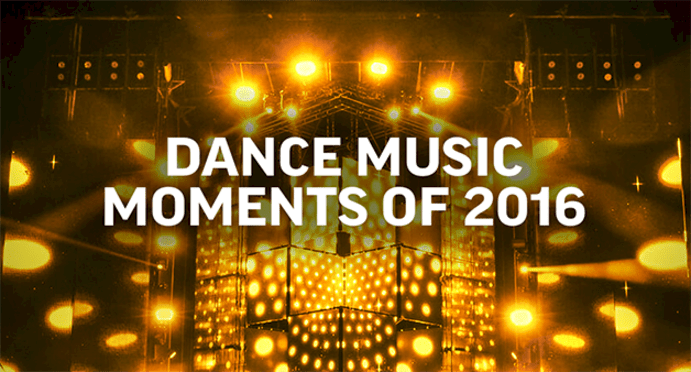 It has been another incredible year in electronic music. New genres have sprung up, new parties born, and we have had to say some sad goodbyes. These were the most pivotal moments in dance music in 2016.

SPACE IBIZA GOES OUT WITH A HISTORIC FINAL PARTY

Space Ibiza is often referred to as the world’s best club. Over 27 years they won scores of awards – including last year’s Top 100 Clubs’ No.1 spot – and gave millions of people incredible nights out in the process. On the topic of incredible nights out, they don’t get much better than the final closing party, where Carl Cox played classics until midday to a packed dancefloor.

Just three years after producing worldwide No.1 hit ‘Animals’ in his bedroom, Dutch EDM star, Martin Garrix walked out on stage as The World’s No.1 DJ. This phenomenal ascendance made Garrix the youngest ever winner of our annual Top 100 DJs poll.

Boiler Room, a channel that streams DJ sets and live performances from around the world, widened their musical remit this year by inviting Skrillex and Fatboy Slim to perform. The landmark sets mark a shift into more commercial territory for Boiler Room, who are better known for showcasing DJs from underground and avant-garde genres.

DJ Mag readers voted Ultra as their No.1 Festival of 2016, as part of our annual Top 100 Clubs poll. It was a fitting result after their monumental year in Miami, which featured standout performances from Knife Party, Marshmello, Carl Cox and Deadmau5.

This year saw a concerted slowdown of the BPMs at the major dance music events. Big room EDM may still reign supreme, but artists like Kygo and Oliver Heldens are showing that slower tempos can work on the mainstage too. Meanwhile the pop charts have been dominated by a softer side of EDM, pioneered by producer’s like Alan Walker. Expect the trend to continue into 2017.