Daft Punk are back! 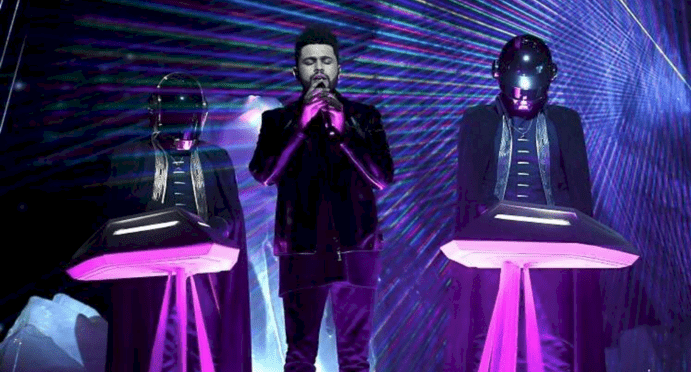 Daft Punk returned to the stage at last night’s Grammy Awards show alongside The Weeknd. You can watch the performance below.

The robots hit the stage to perform their The Weeknd collaboration ‘I Feel It Coming’, as well as a brief skit of ‘Starboy’, which the pair worked on with the American star on his 2016 album of the same name.

It was the first time Daft Punk, made up of Thomas Bangalter and Guy-Manuel de Homem-Christo, had been on stage since their performance at the 2014 Grammys.

The pair announced that they would perform at the Grammys last month (January), with the news reigniting rumours around Daft Punk returning with an Alive 2017 tour, which had already resurfaced in December after a mysterious video appeared online.

The rumours were quickly debunked when they started last October, before an eagle-eyed Redditor stumbled across Alive2017.com.

That was before Glastonbury’s organisers were forced to confirm that French duo will not headline the UK festival this year.

Watch Daft Punk return to the stage at last night’s Grammy Awards show alongside The Weeknd below.