In a saturated music marketplace it is becoming all too common to merely emulate rather than stand out. However, Aussie trio Crooked Colours successfully chose the latter with ‘Flow’,which dropped last month on Sweat It Out!
STREAM/DOWNLOAD: CROOKED COLOURS – FLOW
Now the trio returns with the visual accompaniment to their indie-house crossover hit. Produced in tandem with Chris Hocking & the Latenite Films crew, ‘Flow’ was directed by the Daperis Brothers, who have masterminded videos for RÜFÜS amongst others. Starring the gorgeousMarny Kennedy, a well-regarded Australian model and actress and previous winner of the Australian Film Institute’s Young Actor Award, the video provides an eerie yet stunning visual addition to the infectious audio.
Mid-way through their sold-out ‘Flow’ single tour, Crooked Colours have announced yet another three shows to their already stellar run; a second performance at Northcote Social club in Melbourne, a DJ set in their hometown of Perth, and an appearance at the one and only Ivy in Sydney as part of ‘Courtyard Live’ alongside Tash Sultana and a further line-up of talented Australian musos. Absolutely nailing their show in the vineyards of the Hunter Valley for Hot Dub Wine Machine last weekend, the trio are looking forward to the remaining festival slots in Queensland and Western Australia.

As if their schedule was not busy enough, this morning Canadian electro-punk legends Crystal Castles have announced Crooked Colours as their main supports on their upcoming AU/NZ tour. Kicking off end of May in Auckland, the two bands will venture back over the Tasman Sea to perform at four of the best venues the country has to offer.  For full show ticket details, see info below. 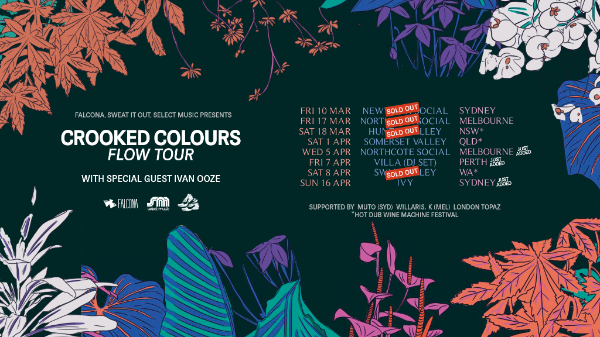 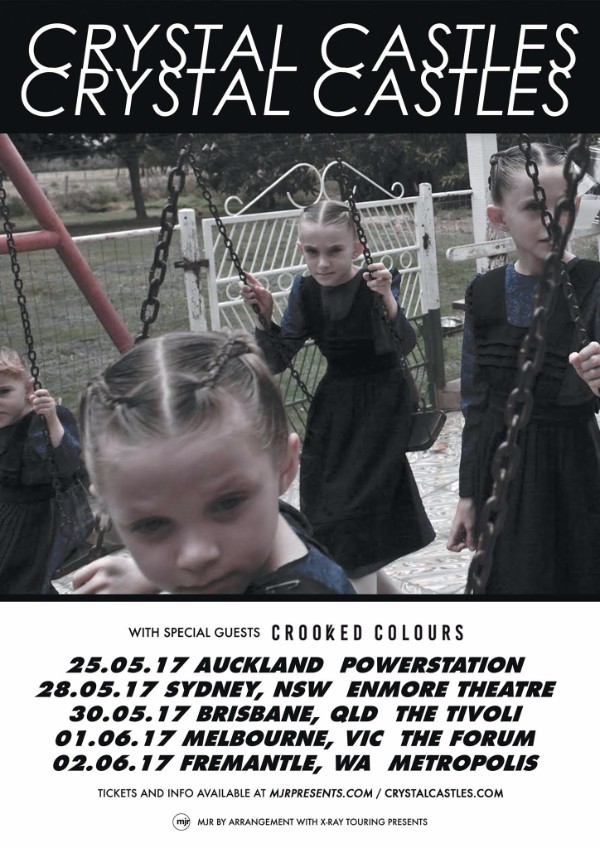