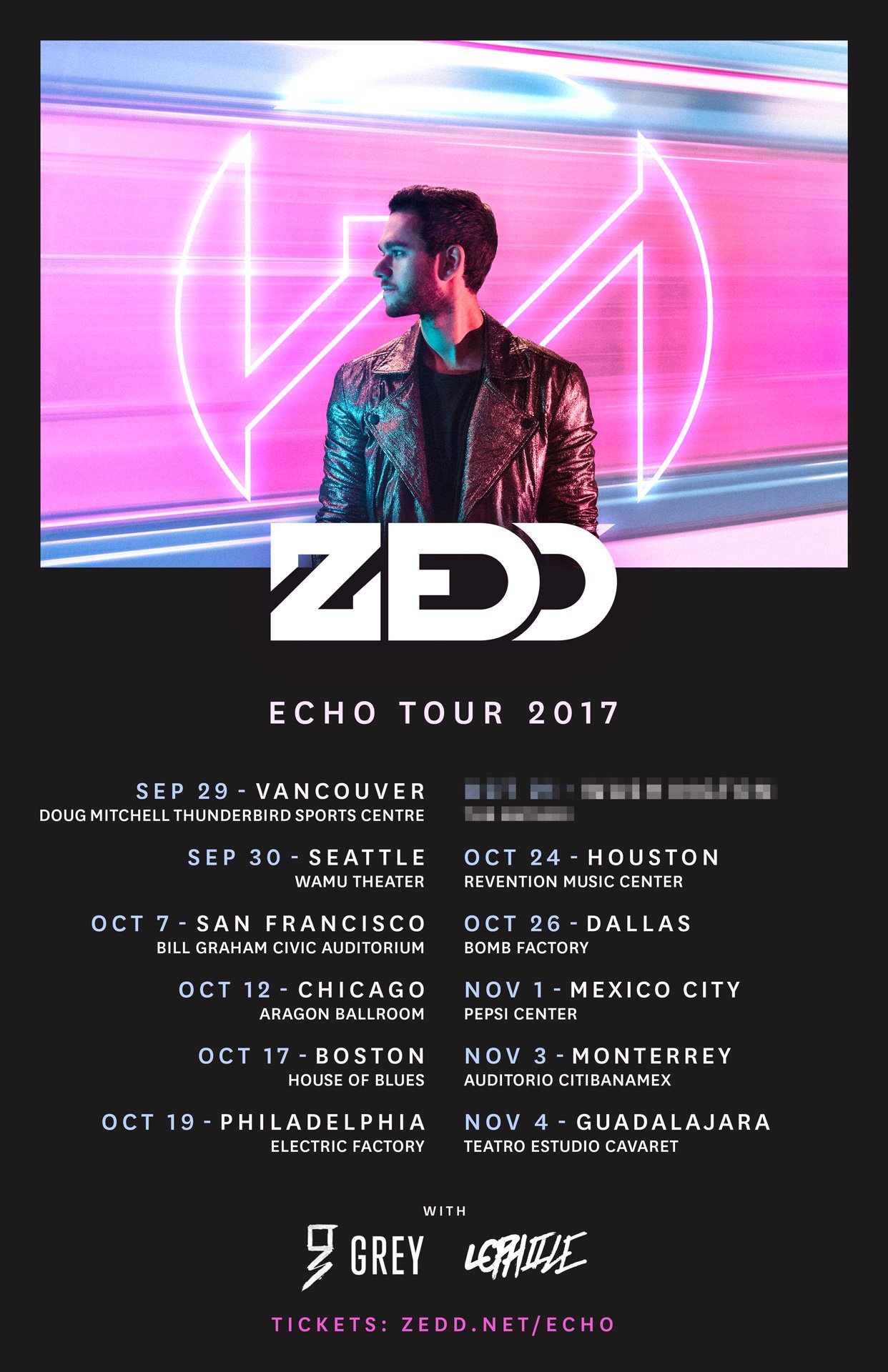 Between producing a steady stream of chart-topping hits and headlining some of the largest festivals in the world, Zedd has remained a consistent fixture within EDM’s elite creators. Good news for Zedd fans seems to come often, and today, the “Stay” producer broke his latest exciting announcement. After treating festival-goers to his characteristically energetic set on the opening night of EDC at the circuitGROUND stage, the German-native producer has announced his headlining fall road stretch, the Echo Tour. Listing off dates across the North America and Mexico, this fall tour begins on the west coast and makes it way throughout the nation on 12 stops.

Zedd’s fall tour is scheduled to make stops in Chicago, San Francisco, Dallas, and more. Tickets to the newly-announced Echo Tour go on sale to the general public on June 21.