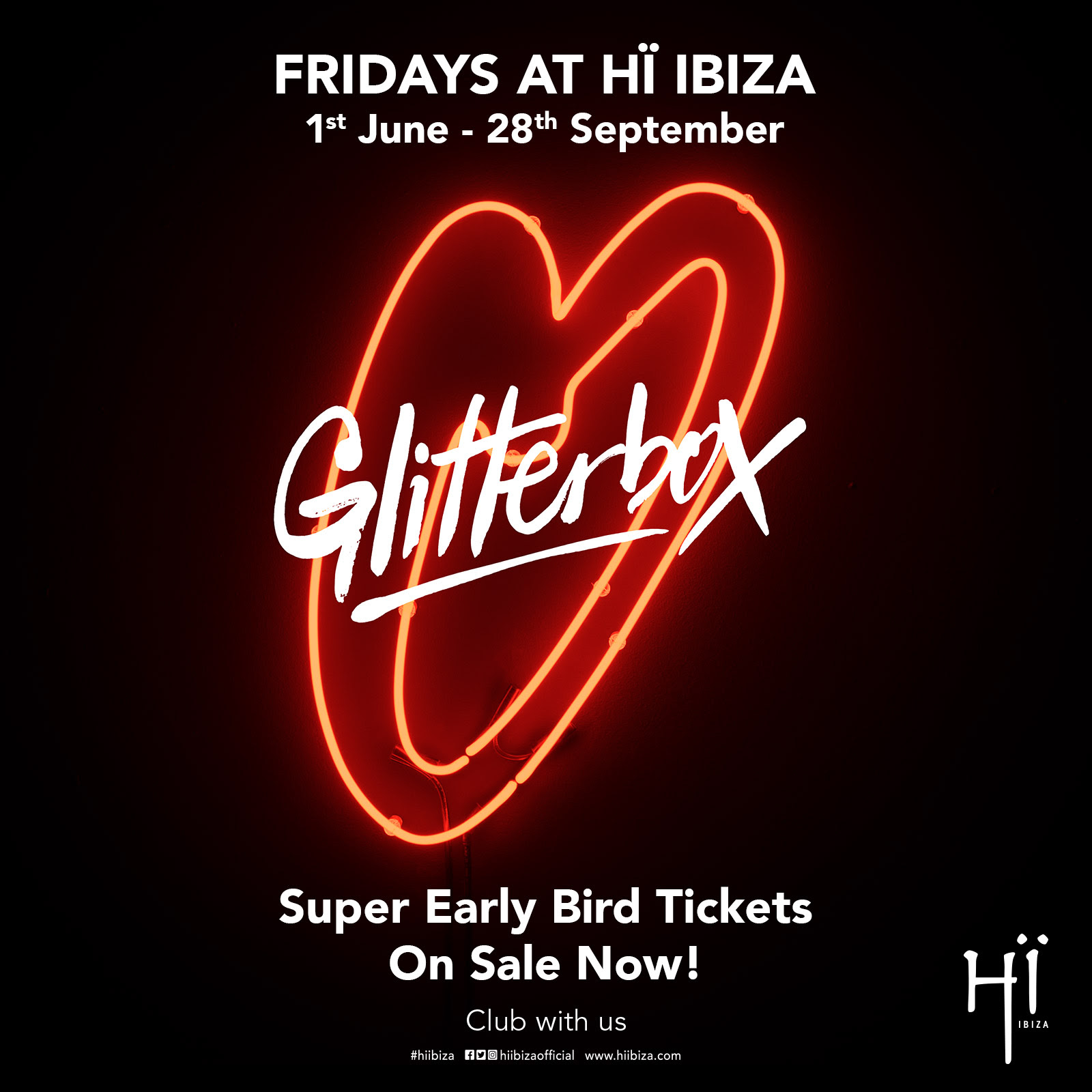 After making its debut at the brand new club with a blistering 16-date residency in 2017, Glitterbox will return to Hï Ibiza with a further 17 dates this summer. Kicking off the extravaganza on 1st June, Fridays at Hï Ibiza will be home to Glitterbox’s 21st century disco, bringing more star-studded line-ups, flamboyant performers and the unmistakable soundtrack of dancefloor gems, uplifting house and fresh disco cuts.

Over the last six months the Glitterbox phenomenon has grown exponentially, touring the world, and becoming one of London’s most in-demand parties, selling out shows months in advance. Meanwhile, the weekly Glitterbox Radio Show continuously occupies iTunes #1 spot for music podcasts and Glitterbox Recordings has released the hottest new music from the likes of Debbie Jacobs, Folamour, Aeroplane, Ralphi Rosario, Mousse T. and The Shapeshifters. Not to mention the compilations selected and mixed by Simon Dunmore, proving that the spirit of disco is alive and kicking. The next installment Glitterbox – Love Injection, released February 16th, will feature cuts from Gwen Guthrie, CeCe Rogers, Purple Disco Machine, KiNK, Midland and Sylvester – a teaser for what clubbers can expect when Glitterbox touches down in June.

Defining the true meaning of ‘dance music’ in 2018, Glitterbox is back to move your mind, body and your soul.

YOU ASKED, WE LISTENED… NEW TICKET PRICING FOR 2018

To mark the club’s second season and to celebrate you, the clubber, Hï Ibiza has realigned its ticket price structure for the coming season. In a bold departure from traditional ticket prices on the island and in response to customer demand, Hï Ibiza is pleased to launch a staged payment scheme, offering a range of price alternatives. Launching with a special Super Early Bird price of just €20, this is your chance to take advantage of the best ticket prices available and make planning your summer much easier. Early Bird ticket allocations are limited for each event so book ahead for the best price at hiibiza.com.