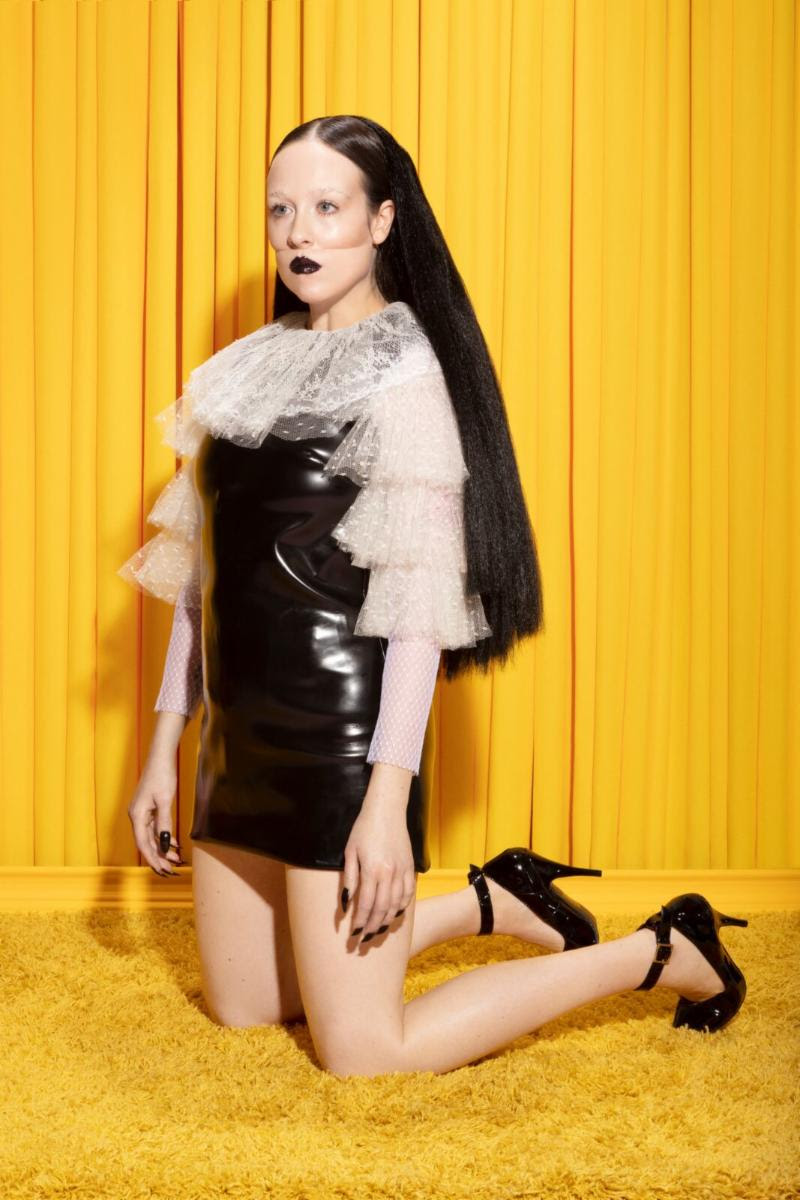 APPEARNCES CONFIRMED FOR CAPITOL PRIDE JUNE 8, LA PRIDE JUNE 10
AND LOLLAPALOOZA
Before appearing at CAPITOL PRIDE’s opening party at Echostage June 8 and LA PRIDE June 10 in Los Angeles and heading to Chicago in August for her Lollapalooza debut, indie & electropop maven ALLIE X wrapped up time in the studio carving out new material.  Today(June 1) the singer/songwriter returns with “Focus,” a brand new track since the release of her second album CollXtion II last year.
“Focus” is probably the singer’s most straight-forward love song to date. The slow sexy ’90s synths builds slowly, full of tension, as if falling in love for the first time, or the last.  Of course, it’s not an ALLIE X song without an apocalypse. “You make me focus/when you love someone the rest just falls away, it all just falls away” she sings to a lover. Listen to “Focus” now here: http://smarturl.it/AllieXFocus
Along with “Focus,” comes the artists’ new visual look created in collaboration with photographer Vijat Mohindra, known for his work with Miley Cyrus, Kim Kardashian, Amanda Lepore and Violet Chachki. X and Mohindra have created an all at once glamorous and grotesque aesthetic to carry into the next era.
Born Alexandra Hughes, the Toronto native who now calls Los Angeles home emerged on the scene as something of a mystery and ever since has been peeling back the layers, revealing more about herself. The singer/songwriter’s 2015 debut album Collxtion I, was a critically lauded, supercharged pop record that explored the world of X–a place that provides a sanctuary for those unresolved fragments of self, those parts of you that still don’t feel whole or fulfilled. X is the possibility of anything, an identity you can take on while you find your truth. “I’m not an obvious pick,” she says of her rising star thus far. “I’ve always had to find hidden roads to be understood.”  Along the way, she has garnered the support from fellow female musical outsiders as Katy Perry, Grimes and Tove Lo as well with her passionate LGBTQ-identifying fans.
From its follow up, 2017’s CollXtion II was the music video for “Casanova” with VÉRITE. TheFADER touted it as “This song deserves to be the first big pop hit of 2018,” with Pitchfork adding it’s “…the the first truly stylish video of 2018.” Check it out here:
Next, look for ALLIE X to appear at CAPITOL PRIDE’s opening party at Echostage June 8, LA PRIDE on June 10 and to make her Lollapalooza festival debut in August.
Find ALLIE X
www.alliex.com
YouTube
Facebook
Twitter
Instagram
Spotify