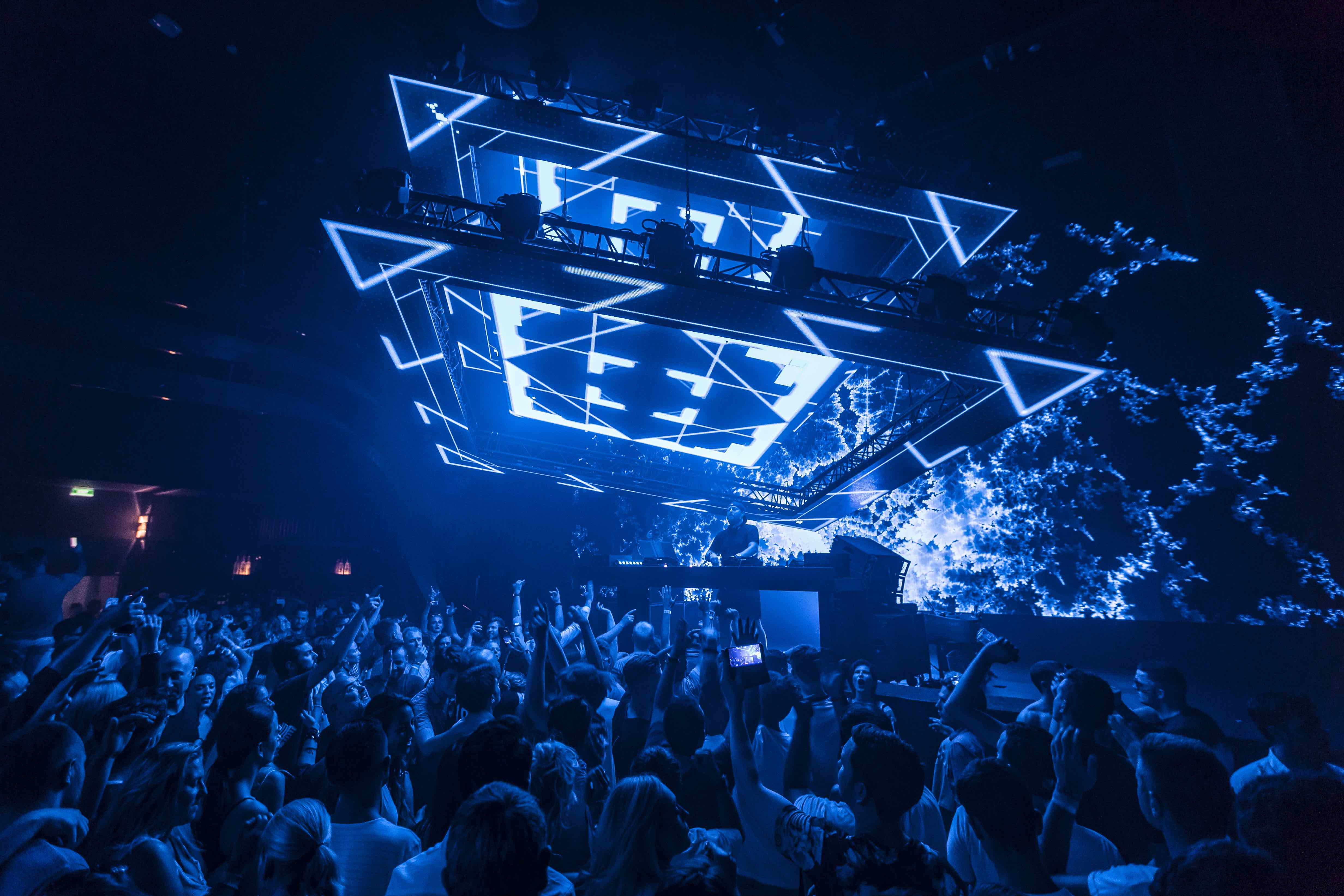 As the Ibiza season gets underway, premium superclub Hï Ibiza is poised to host some of the most hotly anticipated opening parties of the season over the next few weeks, including Afterlife, Cream Ibiza, Eric Prydz and Armin Van Buuren and Sunnery James & Ryan Marciano.

With three amazing residencies already open for business and pulling in the crowds, the 2018 season at Hï Ibiza is off to a flying start. South African house hero Black Coffee has consistently delivered every Saturday night since the opening, with his carefully curated line-up of underground talent and globally renowned DJs. Glitterbox’s 21st century disco, with its extravagant production, flamboyant performers, and dancefloor hedonism has shown exactly why it’s one of Ibiza’s most talked-about parties. Plus new urban music concept GangStar has been shaking things up on Mondays, bringing hip hop, reggaeton and immersive entertainment to the White Isle.

Things look set to get even hotter as the full programme gets underway over the next few weeks. Here’s what to watch out for…

TALE OF US BRING AFTERLIFE TO HÏ IBIZA

World-renowned DJ and production duo Tale Of Us bring their acclaimed party series Afterlife back to the place where it all began this summer. Opening on Thursday 28 June, this year’s line-up has been carefully curated into a singular musical journey, encompassing the melodic dancefloor sound Tale Of Us are best known for as well as more experimental and darker techno. Joining Tale Of Us in the Theatre for the opening party will be Innervisions main main Dixon and Denmark’s finest Denis Horvat, and taking over the Club will be the unstoppable Maceo Plex along with Recondite (Live), Mind Against and Ryan James Ford. Running every Thursday through to the 4th October, Tale Of Us’ Afterlife 2018 looks set to be a game-changer for Ibiza.

Afterlife opening at Hï Ibiza takes place on Thursday 28 June and returns every Thursday through 4th October. Tickets on sale now from hiibiza.com

One of last year’s most popular residencies returns on Wednesday June 20th, welcoming back Dutch maestros Armin van Buuren and Sunnery James & Ryan Marciano. In the Theatre, Armin van Buuren will be joined by by Israeli Psytrance duo Vini Vici and Dutch stalwart Ruben De Ronde. Supporting Sunnery James & Ryan Marciano in the Club will be House heavyweight Mark Knight and Glaswegian duo Illyus & Barrientos. Having packed out the venue all of last summer with spellbinding sets that took the dancefloor on a full speed journey encapsulating the genre’s past, present and future, this is the only place to spend Wednesday nights on the White Isle.

Big news this season was the move of the formidable Cream Ibiza to its brand new home at Hï Ibiza. Kicking off the season in style on Sunday 24th June, the opening will see none other than house icon Steve Angello headline the Theatre. He will be joined by Dutch legend Afrojack, Australian EDM duo NERVO, Rotterdam’s finest Oliver Heldens and Cream resident  Anthony Probyn. Meanwhile, the Club will be hosted by Jonas Blue and his Electronic Nature concept, joined by CID and Paul Reynolds.

The iconic Eric Prydz is returning to the Hï Ibiza Theatre for what is sure to be a phenomenal second season. A giant of the contemporary dance scene thanks to his immaculate productions and rare understanding of dance floor dynamics, Prydz continues to innovate the boundaries of live performance. Opening the residency on Tuesday 10th July, he will be joined each and every week by chart topping UK production duo Camelphat and Newcastle’s next big thing, Cristoph. Meanwhile, influential Manchester duo Solardo will be taking over the Club with their brand new residency Club Solardo, joined weekly by a mix of acclaimed artists and next generation stars. For the opening party, Solardo will play an extended set, joined by DFTD and Sola artist Mason Maynard and Dutch born Ibiza star Chelina Manuhutu.

Eric Prydz opening at Hï Ibiza takes place on Tuesday 10 July and runs every Tuesday to to 25th September. Tickets on sale now from hiibiza.com