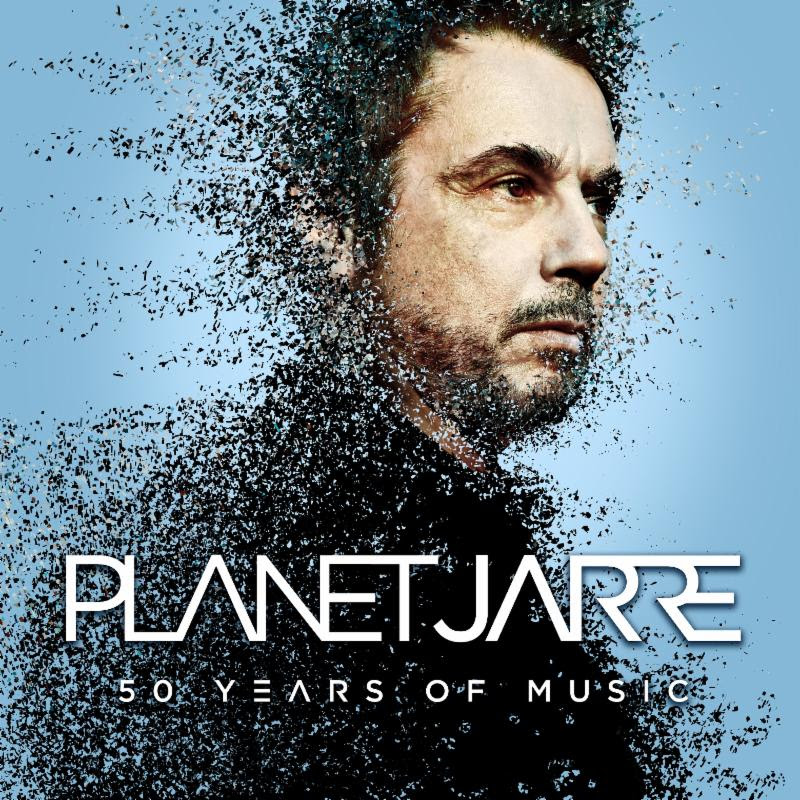 41 WORKS FROM HIS EXTENSIVE CATALOGUE, RE-MASTERED,
WITH SELECT TRACKS AVAILABLE IN 5.1 FOR A UNIQUE LISTENING EXPERIENCE
SET FOR RELEASE SEPTEMBER 14
PRE-ORDER HERE
With his upcoming best-of, PLANET JARRE, the Godfather of Electronic Music JEAN-MICHEL JARRE (JMJ) celebrates his 50 years at the forefront of electronic music with an extensive double album that will once more cement his legacy in pop music history. Set for release September 14 on SONY, PLANET JARRE comprises 41 works from his extensive music catalogue, hand-picked by Jarre himself and completely re-mastered to add a new and sparkling freshness to the sound of the package. To top things off, the Vinyl Book and Ultimate Box Set both come with a download card to enter the world of Jean-Michel Jarre in 5.1. Always fascinated by the best possible sound and technology Jarre mastered some tracks in 5.1. for a unique listening experience. Pre-order is available now here: https://lnk.to/PlanetJarre_2CD
Naturally, in curating the oeuvre himself, JMJ refrained from simply aligning his hits like links on a chain, and instead decided to divide them into four different sections: “Going through the body of my existing work for this project, I realized that I have four quite different styles of composition“, Jarre explains. “There is this common idea that people are focusing on shorter and shorter moments of music by zapping constantly. This is not necessarily true. We are also spending more and more time in our day-to-day life listening to playlists. Wherever we are and whatever we do. This is the reason why I decided to divide this project into four different parts, four different worlds that make up my own world…my own planet. And I hope that you will enjoy the journey.”
Comprising of four parts—Soundscapes, Themes, Sequences, Explorations & Early Works—PLANET JARRE is unmistakably and utterly typically Jarre, highlighting a different creative focus of his work. Soundscapes taps into Jarre’s natural sense for acoustic aestheticism and atmospheric composition translated into nine soundscapes that clearly reference his background in classical music and his passion for motion picture scores. Long and familiar ambient tracks like “Oxygene 1,” “Equinoxe 2” and “Chronology 1” seamlessly follow newer pieces like the original title track of Electronica–The Heart of Noise. Themes features indestructible, timeless melodies and song-like structures such as “Oxygene 2,” “Oxygene 4,” “Zoolookologie” and “Industrial Revolution Part 2” that will resonate with everyone familiar with his repertoire.
The nine tracks on Sequences are all based on the repetitive and hypnotic sequences that only electronic instruments can create. With early works like “Arpeggiator” and “Revolutions,” Jarre shaped the future of techno and EDM, paving the way for what is brought to almost organic completion. The selection also features newer works like “Stardust,” co-composed by Jarre and techno/trance producer Armin van Buuren, and the two recently composed and previously unreleased tracks called “Coachella Opening” and “Herbalizer.“
One of the most intriguing features of Explorations & Early Worksis the previously unreleased demo recording of the mythical “Music For Supermarkets,” the only remaining testimony to the unique recording that was pressed on a solitary vinyl for auction. In an unparalleled display of criticism to the devaluation of music, comparing it to mass consumer goods on shelves rather than artistic creation, Jarre recorded and produced and entire album only to completely destroy the master tapes after the radio broadcast. For a long time, the only existing LP of the broadcast recording was considered the highest-trading vinyl copy on the planet. The track “Eros Machine” then takes us back to 1969 and the very early days of Jarre‘s creative period.
The release of PLANET JARRE follows the 2018 U.S. leg of Jarre‘s ELECTRONICA World Tour where he made his U.S. festival debut at Coachella to critical acclaim. JARREis a 2017 Grammy nominee, with more than eighty million albums sold throughout his career, a four-time Guinness World Record holder for largest concerts ever performed, and UNESCO Goodwill Ambassador renowned for his one-off groundbreaking events at historical landmarks across the world. He’s one of the first artists in the world to perform Electronic Music as we know it today.
PLANET JARRE is ready for pre-order tomorrow, June 22. with the long time unavailable track “Hypnose” made available as a tastemaker to the project.
PLANET JARRE‘s track listing is:
Soundscapes
Oxygene 1
Oxygene 19
Rendez-Vous 1
Millions of Stars
Chronology 1
Oxygene 20
Equinoxe 2
Waiting for Cousteau
The Heart of Noise (Origin)
Themes
Industrial Revolution Part 2
Oxygene 4
Equinoxe 5
Oxygene 2
Zoolookologie
Bells
Equinoxe 4
Magnetic Field 2
Rendez-Vous 2 (Laser Harp)
Rendez-Vous 4
Chronology 4
Sequences
Coachella Opening
Arpeggiator
Automatic Part 1 with Vince Clarke
Exit with Edward Snowden
Equinoxe 7
Oxygene 8
Stardust with Armin van Buuren
Herbalizer
Revolutions
Explorations & Early Works
Ethnicolor
Souvenir of China
Blah Blah Café
Music for Supermarkets (Demo Excerpt)
Roseland / Le Pays de Rose
La Cage
Erosmachine
Hypnose
The Song of the Burnt Barns / La Chanson des Granges Brulees
Happiness is a Sad Song
Aor Bleu
Last Rendez-Vous
www.jeamichelJARRE.com
www.facebook.com/jeanmichelJARRE
www.instagram.com/jeanmichelJarre
www.twitter.com/jeanmichelJARRE
www.youtube.com/jeanmichelJARRE
www.soundcloud.com/jeanmichelJARRE
www.vevo.com/jean-michel-JARRE