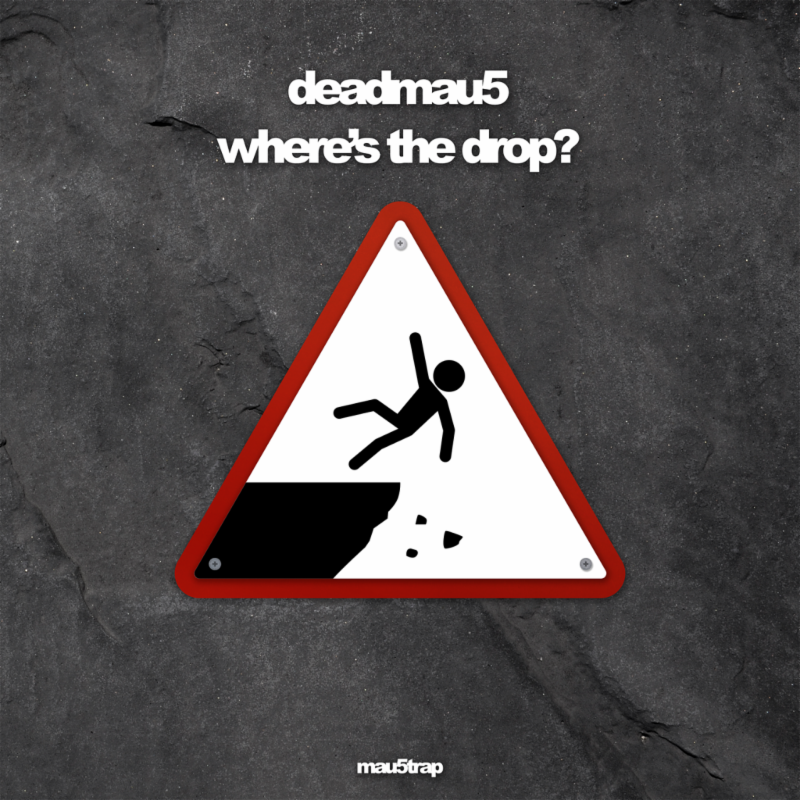 deadmau5
FULL ORCHESTRAL ALBUM
‘where’s the drop?’
AVAILABLE EVERYWHERE TODAY, JUNE 29
ON mau5trap
Featuring Musical Arrangements Composed by
Music Director Gregory Reveret
LISTEN HERE
“I don’t want to be that guy that f**king is gonna take electronic music and marry it with orchestral and make this hybrid piece of s**t. One does not complement the other. Orchestral music is super-advanced s**t, in terms of scoring and performance. To take all this stuff and then bury it in a mix, like way down low, throw a kick drum on it, godawful synths. It’s called where’s the drop? for a reason. There’s hardly any electronic music involved in this.
The focal point is more around the music that I’ve written. Not big beats.”
– deadmau5 as told to the LA WEEKLY (3/28/18)
Today (June 29), deadmau5‘s orchestral album where’s the drop?(mau5trap) is available on all digital platforms. The 15 track-album, produced on a full orchestral scale, previously could only be heard onTIDAL.com/deadmau5. In addition, mau5trap is also offering a limited edition double vinyl package of the recording here.
Discover deadmau5’s where’s the drop? now at:
http://smarturl.it/wheresthedrop
Since releasing 7, a series of songs based around the Seven Deadly Sins in 2014, deadmau5 had the desire to produce them on a full orchestral scale. In meeting Gregory Reveret, music director and composer during a“mau5trap Mondays” Twitch session where he listens and critiques fans music for charity, he found someone that could properly score the music for an orchestra to execute. where’s the drop? realizes the dream to life.
Upon the album’s initial release earlier this spring, deadmau5 performed two sold-out night shows at the legendary Wiltern in Los Angeles. He was joinedby a full orchestra and performed his music as orchestral pieces re-envisioned by Music Director and Composer Gregory Reveret
The project was embraced by the media:
“…less thundering than understated, leaning more on emotion and melody than big gestures.”
– Steve Appleford, ROLLING STONE (4/11/18)
“Longevity demands experimentation, or at least a desire to do something different. To that end, deadmau5 has recorded an album called where’s the drop?with South African composer Greg Reveret, well known for his film score chops. “
– Brett Callwood, LA WEEKLY (3/28/18)
“where’s the drop? has given both Zimmerman and Reveret an opportunity to cross-explore each other’s arenas and expertise.”
– Jordan Diaz, BILLBOARD (4/11/18)
“where’s the drop? does just fine without the explosion of bass-backed kicks and loud synthesizers that deadmau5 refers to in his new album project’s title. Instead, it casts his music in a profound, contemplative light through is delicate layers of string, horn, percussion, and piano. “
– Christina Hernandez, DANCING ASTRONAUT (4/7/18)
Track list:
Imaginary Friends
Luxuria
Coelacanth
Acedia
Avaritia
Monophobia
Gula
Invidia
Unjaded
ira
F’n Pig
HR 8938 Cephei
Superbia
Caritas
Strobe
About deadmau5:
Joel Zimmerman, more commonly known as deadmau5 (pronounced ‘dead mouse’), is one of the world’s most respected electronic music producers of modern times. Enjoying international chart success with his platinum-certified single “Ghosts ‘n’ Stuff,” as well as “Professional Griefers,” “Sofi Needs A Ladder” and “I Remember,” he has also released seven critically acclaimed albums: an orchestral album where’s the drop?, W:/2016ALBUM/ and  > album title goes here < (both reached #1 on the Billboard Dance/Electronic Chart),4×4=12 (recently recognized for having sold over 1,000,000 copies in the United States), For Lack Of A Better Name, Random Album Title andwhile(1<2). The multiple JUNO Award-winning and GRAMMY®-nominated artist’s ability to push the boundaries of his talent grows at an equal rate to his fan base, which counts almost 15 million over his combined social media channels. In 2016, deadmau5 leaped into the virtual reality realm with Absolut and released a massive sample catalogue with Splice while performing major festival plays throughout the world.  In 2017 deadmau5 celebrated the 10 year anniversary of his mau5trap record label and completed the second leg of his ‘lots of shows in a row’ North American tour with his new Cube 2.1 production.  Look for a new album in 2018 and more exciting things to come from deadmau5 soon.
www.deadmau5.com
www.live.deadmau5.com
www.mau5trap.com
www.twitter.com/deadmau5
www.instagram.com/deadmau5
www.facebook.com/deadmau5
www.deadmau5.tumblr.com