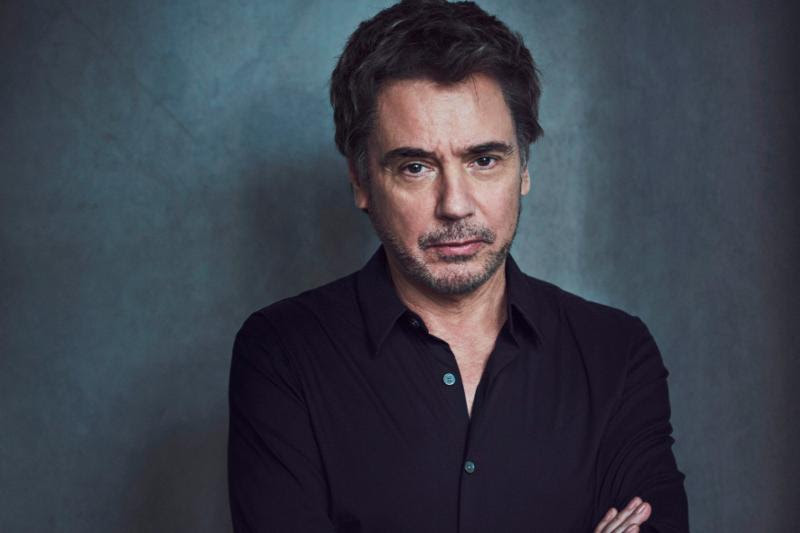 SONG APPEARS ON NEW STUDIO ALBUM ‘EQUINOXE INFINITY’
AVAILABLE FOR PRE-ORDER NOW & ARRIVING NOVEMBER 16 ON ASTRALWERKS
After half a century at the forefront of the worldwide electronic music scene, JEAN-MICHEL JARRE has integrated many of his unique sounds in EQUINOXE INFINITY, his new studio album due out November 16 on Astralwerks.  He has mixed them with new electronic dialogue formats and rhythmic patterns to create a poetic vision of the future.  Today (November 2),the ‘Godfather of Electronic Music’ has made available the first track for U.S. shores with “Robots Don’t Cry.” 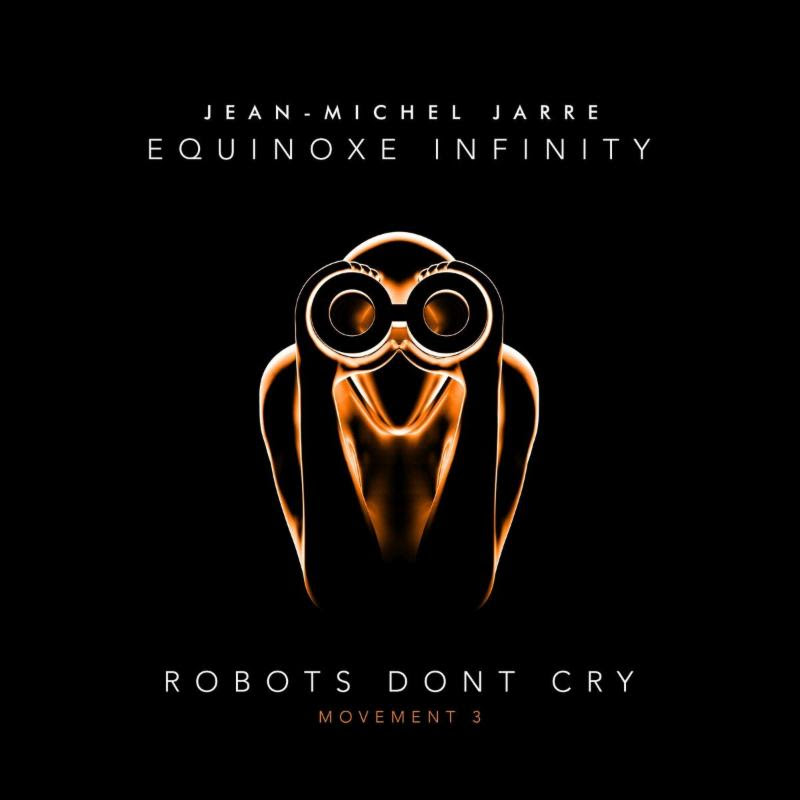 Experience “Robot’s Don’t Cry” now here: https://jean-michel-jarre.lnk.to/RobotsDCry
EQUINOXE INFINITYis now available for pre-order here:  https://jeanmicheljarre.lnk.to/EquinoxeInfinityUS
The song sounds like monumental electronic ecstasy, where new ways of sound editing meet the pulse of the past. The Mellotron – one of the oldest electromechanical instruments – gives it an air of futuristic nostalgia.
Says JARRE, “I love oxymorons, made of two opposing words, two opposite feelings. This track is a mirror of that. I use the Mellotron a lot in this piece, such a great instrument, a mechanical device but with a human quality VR eating sounds like some audio remains of the past. I recorded this track only once, I did everything – the melody and the rhythm-track – in one go. I love the idea that technology can provide emotion, even though technology is not linked to the notion that it can actually provide emotion. Robots or Artificial Intelligence are just machines without any contradicting emotions so far. They might not be able to work as efficiently should they have emotions. But who knows, one day maybe, Robots will experience nostalgia.”
EQUINOXE INFINITY is the long-awaited sequel to JARRE‘s landmark fourth album, ÉQUINOXE. The first ÉQUINOXE notably arrived forty years prior to the date on November 16, 1978 and since remained essential listening for electronic music aficionados. The idea behind this brand-new album is very much driven by humanity using new technologies such as artificial intelligence and what will become of human mankind by doing so.
Look for EQUINOXE INFINITYto be made available with two different covers designed by Filip Hodas inspired by the original EQUINOXE album.  Says JARRE, “For my new album project EQUINOXE INFINITY I started for the first time with the album cover not the music. I still think that Michael Granger who did the original EQUINOXE cover created one of the best album covers of all time. For the original it was all about the Watchers.. These strange creatures watching us? Watching Space? Watching machines? Watching a natural phenomenon ? We don’t really know…they are not scary, but odd and mysterious.  So I took the original Watchmen of the EQUINOXE cover to continue the story.”
“I recently discovered the work of Filip Hodas, a super talented young artist, and asked him to create two different artworks in line with my vision for EQUINOXE INFINITY,” he adds.  “One cover shows mankind in peace with nature and technology and the other depicts a picture of fear and distortion with machines taking over the world. With the artwork for OXYGENE I wanted to draw attention to the poisoned state of planet earth. With these two artworks for EQUINOXE INFINITY I want to bring attention to the two scenarios we are facing today with our love for and our dependence on innovation and technology. The music of EQUINOXE INFINITY is the soundtrack to those two different worlds.”
Each will be released on the Digipack CD, Standard CD and Vinyls while the Ultimate Project Boxset holds both the original EQUINOXE album and new EQUINOXE INFINITY on Replica Vinyl CDs, 180g heavyweight Vinyl, Scratchcard for download and posters with all new stunning images of  the project.
A 2017 Stephen Hawking Medal for Science Communication honoree, JEAN-MICHEL JARRE is also a two-time Grammy nominee, with more than eighty million albums sold throughout his career, a four-time Guinness World Record holder for largest concerts ever performed, and UNESCO Goodwill Ambassador renowned for his one-off groundbreaking events at historical landmarks across the world. He’s one of the first artists in the world to perform electronic music as we know it today.
About JEAN-MICHEL JARRE:
JEAN-MICHEL JARRE has been one of the pioneering forces throughout the electronic music scene over the last five decades, having originally made his name in the 1970s for his critically acclaimed album OXYGENE. OXYGENE was unmistakably a catalyst that set electronic music well on its way to becoming the behemoth that it is today, with JEAN-MICHEL’s music and follow through albums (Equinoxe, Magnetic Fields, Rendez-Vous, Chronology…) breaking down boundaries of composing and production paving the path for what has become today the most popular genre of music of all time. With over 80 million albums sold worldwide to date, musicians and contemporary DJs often refer to JARRE’s influence and innovation, not only for his music but also for his singular vision and creation of outdoor concerts experience. JEAN-MICHEL JARRE’s legendary concerts have attracted Guinness Record-breaking audiences, with his live shows, often, if not always, taking place in some of the most extraordinary settings worldwide. He was the first western musician ever to be invited to perform in post-Mao China, and has also played the likes of the Great Pyramids in Egypt, The Sahara Desert and The Eiffel Tower, in addition to perhaps his most famous performance ever, where he played to a record 3.5 million people in Moscow. All in all, JARRE has held Guinness World Records for the largest live audiences over the continents not withstanding his memorable one-off city-scale concert in Houston in 1986 for NASA’s 25th Anniversary and in a moving commemoration of the Challenger Mission to which over 1.3 million people gathered to share this groundbreaking show at the foot of Houston’s skyline.

JEAN-MICHEL JARRE is synonymous with the legendary as he continues to break new ground with each piece of music and live performance.