‘Music Rescues Me’ – the album – is the ninth collection to be delivered by pioneering electronic musician, composer and performer, Paul van Dyk. Containing artistic collaborations with Alex M.O.R.P.H., Sue McLaren, Jordan Suckley, Plumb, Saad Ayub, Lostly and a host of other talents, December 7 will see its release.

Commenting on the album’s context, Paul says: “though it might have been its seed, this new album is not about music bringing one person back from the brink. Its theme reaches beyond that. This is about music’s ability to open us up, to stimulate mental imagery, to unlock or bring back memories. It’s about its often hard-to-fathom capacity to support us, to get us through our tougher or more challenging times, as well as soundtracking the good ones, and making them even better. This, to me, goes beyond the mere ‘inspirational’. This is something else. That music can ‘unlock’ us, allow us to access emotions and places our mind might not otherwise go to is nothing less than extraordinary. It’s both force and a gift. I feel that’s a big part of what keeps it so magical for me – indeed for all of us. So this album is a celebration of this most mysterious, impalpable and wonderful aspects of music’s nature”. 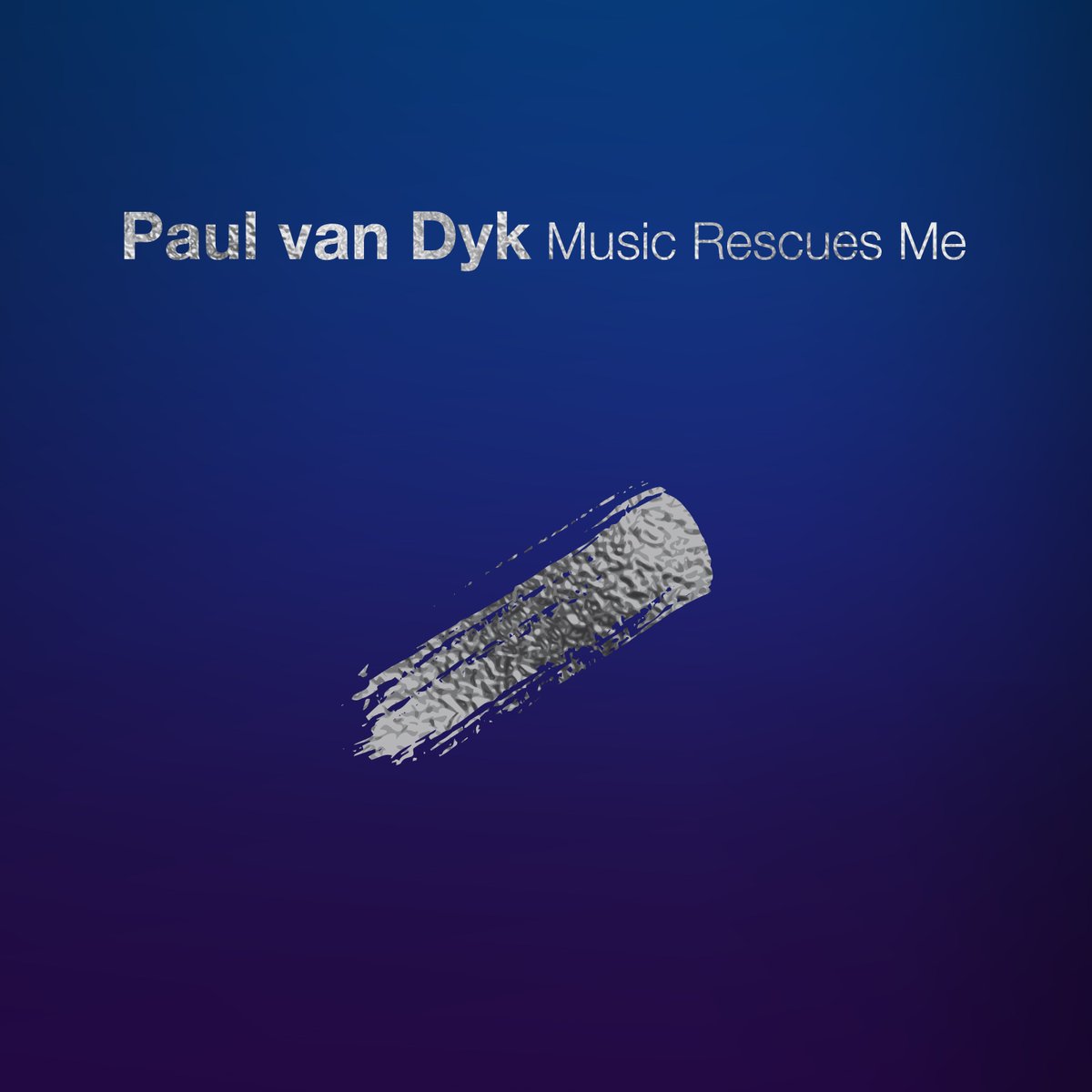 Not for nothing is ‘Music Rescues Me’ the most swiftly followed-up-on PvD long-player (just 14 months separate it and the release of ‘From Then On’ in 2017). If ever “do today” was Paul’s guiding principle in ‘98 or ‘08, it goes a dozen times over in 2018. Stimulus driven by his recuperation from the now-well-documented events of spring 2016 has had the profoundest of effects on van Dyk’s life-view. That has been expressed most clearly through his professional work, taking the form of a tap-wide-open creative stream. Telegraphing Paul’s developmental, progressing and to-the-future outlook, it’s one that’s echoed by the vibrant state of the music scene in which he operates.

For the album, a number of last year’s co-producers have been invited back to the studio with Paul. Alex M.O.R.P.H., James Cottle, Jordan Suckley and Tristan D (under his new Delta One guise) are some of those who’ve returned to Berlin to write follow-up tracks. With even deeper roots in the PvD universe, there are also vocal contributions from Sue McLaren (‘Lights’/’We Come Together’) and Plumb (‘I Don’t Deserve You’).

Equally though you’re going to be hearing co-productions with artists Paul’s in studio partnership with for the first time. “Alan Wyse, Steve Deekay, Saad Ayub, Rafael Osmo, Project 8, Lostly – these are musicians from around the world who, week-in, week-out, we see lighting up the VONYC forums, he says. The producers who’ve really risen in estimation for me. Sound-wise, each one has their own area and represents a different sub-style within our shared field. It’s these shades, grades & tones, meshed with my own, that open up a whole world of new musical angles for this, my ninth album”.

With the album primed for release December 2018, Paul offers a final reading on ‘Music Rescues Me’s title. “The ‘Me’, he clarifies refers to ‘you, me, us – everyone’. ‘Rescue’ means less ‘save’, but more ‘liberate’ or ‘free’. My greatest aspiration for this release is that people – either now, or in years to come – listening to ‘Music Rescues Me’ will find that one of its tracks elevates, alleviates, opens them up, or takes them out of themselves. That’s the point at which I’ll consider it a success”.

‘We are dreamers. Soul searchers. #Voyagers. We drift along, deep in thought, our minds craving exploration and our eyes telling tales of mysterious adventures’. The latest joint venture from one oftrancedom’s most dependable studio partnerships takes a look at life through a deeper, more philosophical lens this November.

Having bossed the Beatport trance chart with a record-breaking run on ‘We Are’, earlier this year Paul & Alex’s ‘Breaking Dawn’ reserved ‘From Then On’s best till last. Now, beating the expectation drum that bit louder for the arrival of the ‘Music Rescues Me’ album, the double Deutsch pairing reconvene on the profoundly atmospheric ‘Voyager’. Debuted as an ID during ‘MRM’s Printworks preview, Paul went on to hit Europe’s biggest trance room with the track, closing out his Transmission set – to the clear delight of 18,000+ fans – with ‘Voyager’. 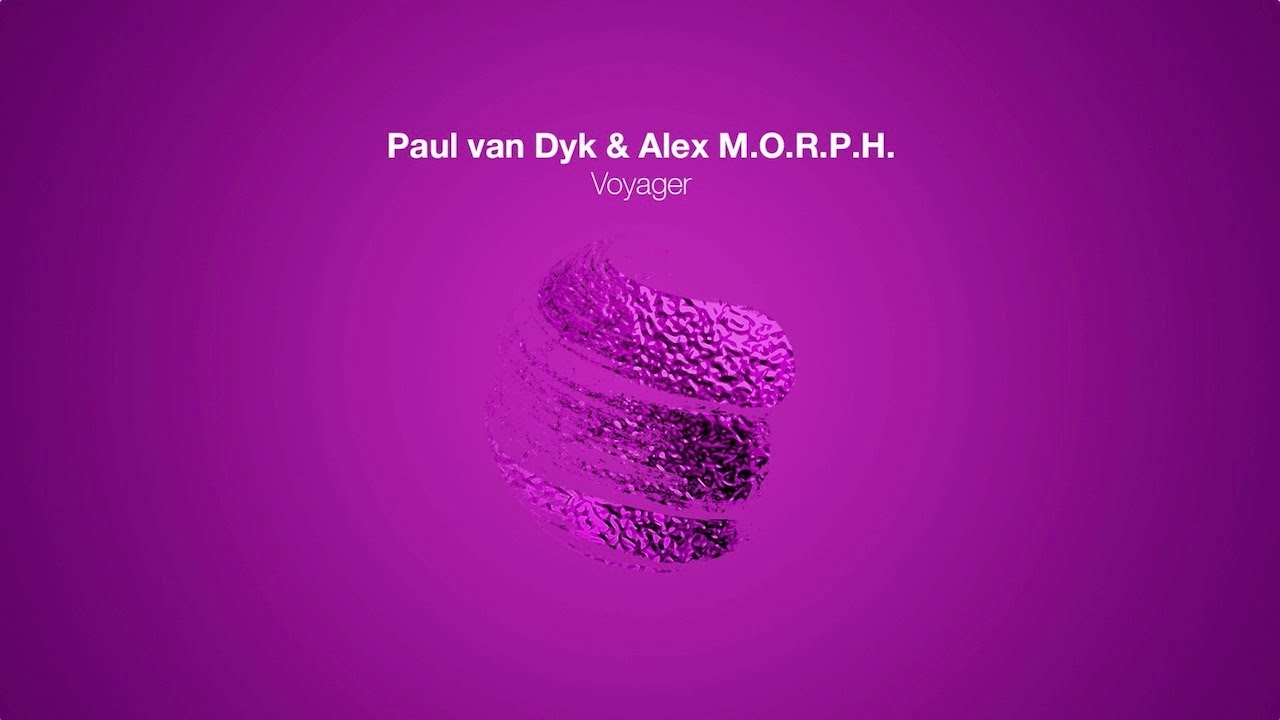 The track itself, well if the above-mentioned singles took you to some special places, safe to say that ‘Voyager’s going to go way beyond. Paul & Alex build up its bass & drum resonance, before lighting up the thermals with shimmering, chiming sub-melody, plucked super-strings, zephyr-ish pads and air-spun piano notes. As the full reach of its irresistible siren-song harmony is felt, the pair gift ‘Voyager’ a heartfelt mainline, which ebulliently takes it to the heavens.

Helping you through the final days & hours before ‘Music Rescues Me’ drops in full, step aboard Paul & Alex’s ‘Voyager’ here, from today here. (https://apple.co/2QBw2lb )