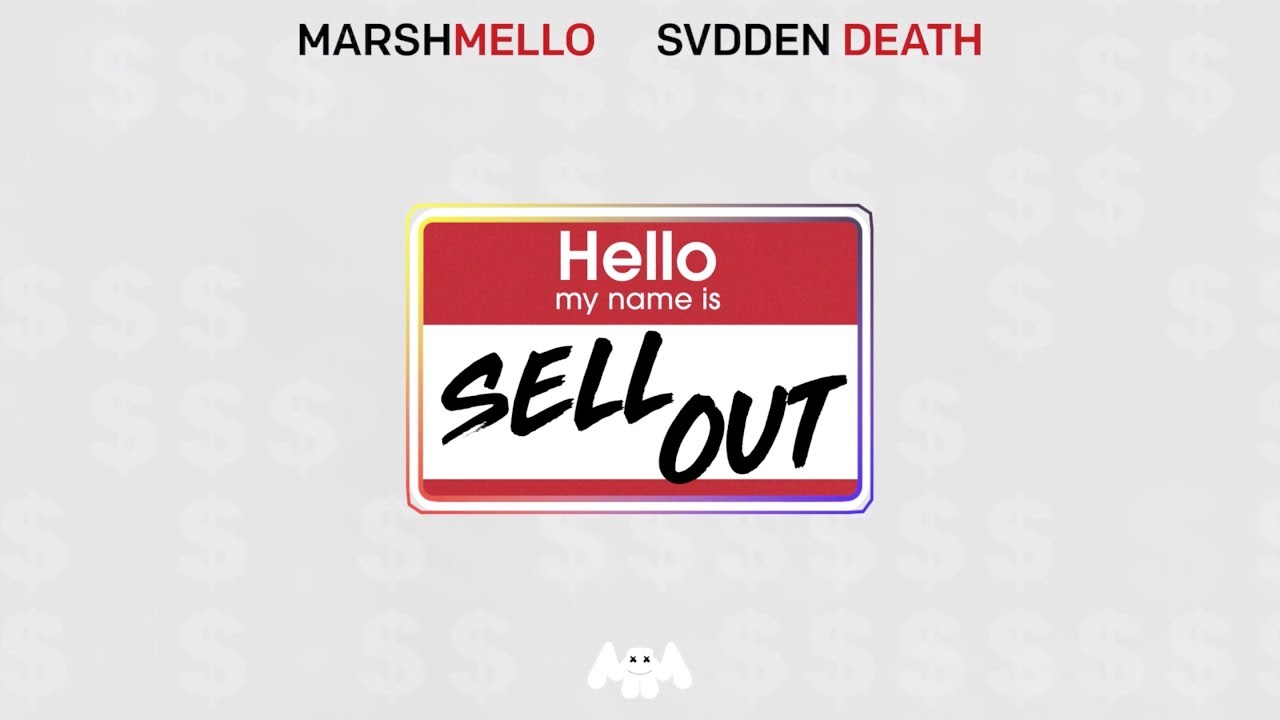 World domination has always been in Marshmello‘s cards. Aside from his attention-grabbing masked getup, the business-savvy producer’s fluffy take on future bass, and later, sweetened pop collaborations made him accessible to an extremely wide base of music consumers. A tried-and-true formula doesn’t always equate to longevity, however, which is why it’s often crucial to diversify one’s sound to maintain relevance and mass interest (at least if the goal is to stay at the top).

Enter “Sell Out,” Marshmello’s newest collaboration with dubstep up-and-comer SVDDEN DEATH. First, a couple things before we dive into the track—one, ‘mello seems like a nice guy, and it’s always lovely to see A-listers helping elevate others’ careers with collaborations such as this one. Second, we know that Marshmello does enjoy a good dubstep tune or two based on his prior history.

With all the star power on “Sell Out,” however, one would expect the result to be original and refreshing. Simply put though, this track is neither. In fact, it sounds like it was thrown together on Ableton in under an hour with immensely cookie-cutter construction. “Sell Out” begins pleasantly enough, with euphoric melodies often present in a Marshmello production. Things only get increasingly bland from there, with a stereotypical sped-up build, and tacky vocals prompting preparation for the drop. What’s next? The usual cacophony of robotic synths and wild screeches that sound like they could have been taken from one of the innumerable pre-existing sample packs on the market. “Sell Out” feels long removed from the days when acts like Skream, Mount Eden, Rusko, and others took the dubstep sound into more avant-garde directions.

If Marshmello is truly interested in diving deeper into dubstep, authenticated success will require the bucket-headed producer to put more effort into thinking outside the box in order to really wow consumers, which, given his undeniable ability to produce hits, shouldn’t be asking too much. For SVDDEN DEATH, expectations will certainly need to rise from here. “Sell Out” comes off like an easy cop-out to increase variety and maintain Marshmello’s hold over the EDM world at large—though perhaps his next foray into bass lands better.