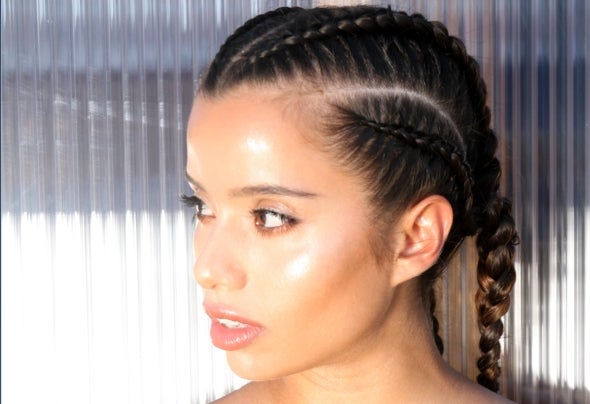 UPCOMING CLUB PLAY SET FOR
FRIDAY, MARCH 15 AT HALCYON IN SAN FRANCISCO, CA
Hailed a “local firebrand” by the LA WEEKLY, Los Angeles-based producer and DJ LUPE FUENTES returns today (March 6) with a new collaboration alongside house music pioneer DJ Sneak. “Aguaardiente” is a tech-house treasure with a Latin twist. The track fuses the two unique production styles of both Lupe and DJ Sneak into one. “Aguaardiente” also appears on Lupe‘s tastemaker house music label, IN THE LOOP.

Listen to “Aguaardiente” now here:
Traxsource: https://bit.ly/2TjTYi4
Beatport: https://bit.ly/2tR9T8w
Spotify: https://spoti.fi/2VDMMtU
iTunes: https://apple.co/2SKxXUv
Apple Music: https://apple.co/2SKxXUv
“I have been a fan of Sneak‘s work for a long time and working with him was a pleasure and an honor,” says Lupe. “He came over to my house and dropped off a few loops of his and samples, I was super excited to get to work with some of the parts that he had already created and put my spin into it. In the end I feel like this track touches a lot on both of our Latino roots. That’s how the tittle came about. ‘Aguaardiente’ if you know, you know.”
To support the release of “Aguaardiente,” LUPE FUENTES will be appearing at Halcyon in San Francisco on Friday, March 15 alongside Denis CruzTickets and more info at https://www.lupefuentes.com/
About LUPE FUENTES:
Born in Colombia and raised in Spain, it was Los Angeles, California that transformed Lupe Fuentes into a techno and house producer and DJ. With mentorship from legends like Roger Sanchez, Kerri Chandler and Todd Terry, Lupe has released approximately 100 records on labels like MadTech, Lost Records, Simma Black, Roush Label, Safe Music, Inhouse, Undr the Radr, Nervous & dozens more. Her original productions have been supported by some of the biggest names in the game including Dubfire, Nicole Moudaber, Richie Hawtin, Maya Jane Coles, Carl Craig, Riva Starr, Claptone, Claude Von Stroke, Shiba San, Tony Humphries, Maceo Plex, Marco Carola and Joseph Capriati to name a few. Many of Lupe’s productions have reached Traxsource and Beatport Top 10 charts including her 2017 collaboration with Italian DJ duo Alaia & Gallo “Lose My Mind” which reached Traxsource #1 overall. On the DJ front, Lupe’s eclectic sets have found her alongside artists like Paco Osuna, Joseph Capriati, Felix Da Housecat, Victor Calderone, Prok & Fitch, Detlef, Mat.Joe, Amine Edge and Dance, DJ Sneak, Junior Sanchez, Treasure Fingers, Jesse Rose, Oscar G, Roger Sanchez, Harry Romero and Jesse Perez. Her social media followers reach over 500,000 across her various platforms and she has been editorially supported by the likes of Mixmag, DJ Mag, Noisey, Data Transmission, Dancing Astronaut and more. Lupe Fuentes’ label IN THE LOOP has over 100 releases with artists from around the globe and dozens of top ten tech house records. She handles all aspects of A&R herself and her IN THE LOOP radio show has been going strong for two years and is syndicated in 40 countries around the world. Look for IN THE LOOP Events coming soon to a dancefloor in your town.
For more information on LUPE FUENTES, please visit:
Website | Facebook | Twitter | Soundcloud | Instagram | Spotify