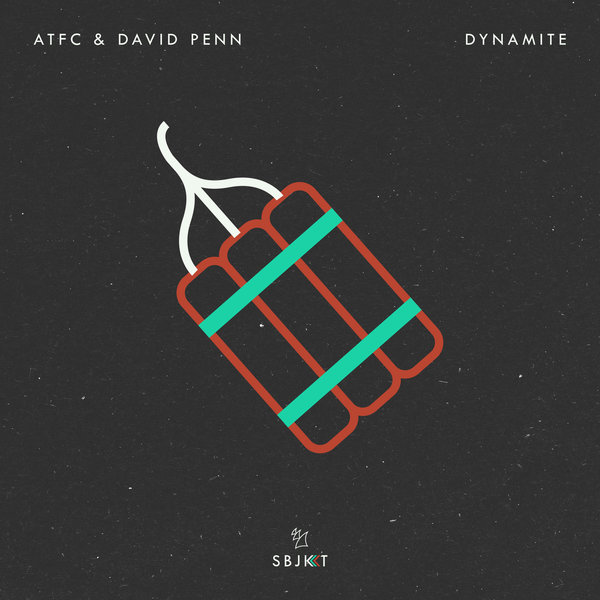 AMSTERDAM, March 18, 2019 – Following the huge success of ‘Hipcats’ (#1 in Traxsource’s main chart, #1 in Beatport’s House chart, #12 in the Miami Buzz chart and #13 in the Cool Cuts chart), ATFC and David Penn have gone all out with their joint return to Armada Subjekt. Almost a year after the release of the aforementioned hit, the Anglo-Spanish House icons emerge with a track that might even trump its predecessor in terms of sheer infectiousness: ‘Dynamite’

Staking its claim as a booming prime-time cut, ‘Dynamite’ picks up where previous hit ‘Hipcats’ left off. Cooked up from an explosive mixture of impactful drums, crackling grooves and eruptive vocals, ‘Dynamite’ is bound to set fire to the dance floor and the scene as a whole.

ATFC enjoyed major success around the turn of the century, charting in the Top 40 of the U.K. Singles chart with ‘In And Out Of My Life’ (#11, 1999), ‘Bad Habit’ (#17, 2000) and ‘Sleep Talk’ (#33, 2002). In the years thereafter, House icons such as Mark Knight, Mousse T, Nic Fanciulli and Roger Sanchez began to take notice of his slick productions and masterful grooves, a trademark ATFC has honed to perfection. Now riding the wave of his recent success with ‘Hipcats’, ATFC has more than earned his stripes by continually reinventing himself and his sound, and turning heads because of it.

One of Spain’s most well-known DJ/producers, David Penn has a number of worldwide House hits to his name, including mid-90s hit ‘The Night Train’ (#1 in the Netherlands, #12 in the U.K.), produced under his Kadoc moniker. Throughout his long and prosperous career, he has worked with some of House’s finest acts and labels, and remixed tracks from a whole raft of notable acts, including Simply Red, Mariah Carey, Junior Jack, Sandy Rivera, River Ocean feat India (Masters At Work), Boy George, Josh One, Kiko Navarro, Michael Gray, Lenny Fontana, Robbie Rivera, The Shapeshifters, Joey Negro and more. ‘Dynamite’ shows that David Penn is still on top of his game churning out grooves and hooking singles at an impressive rate.