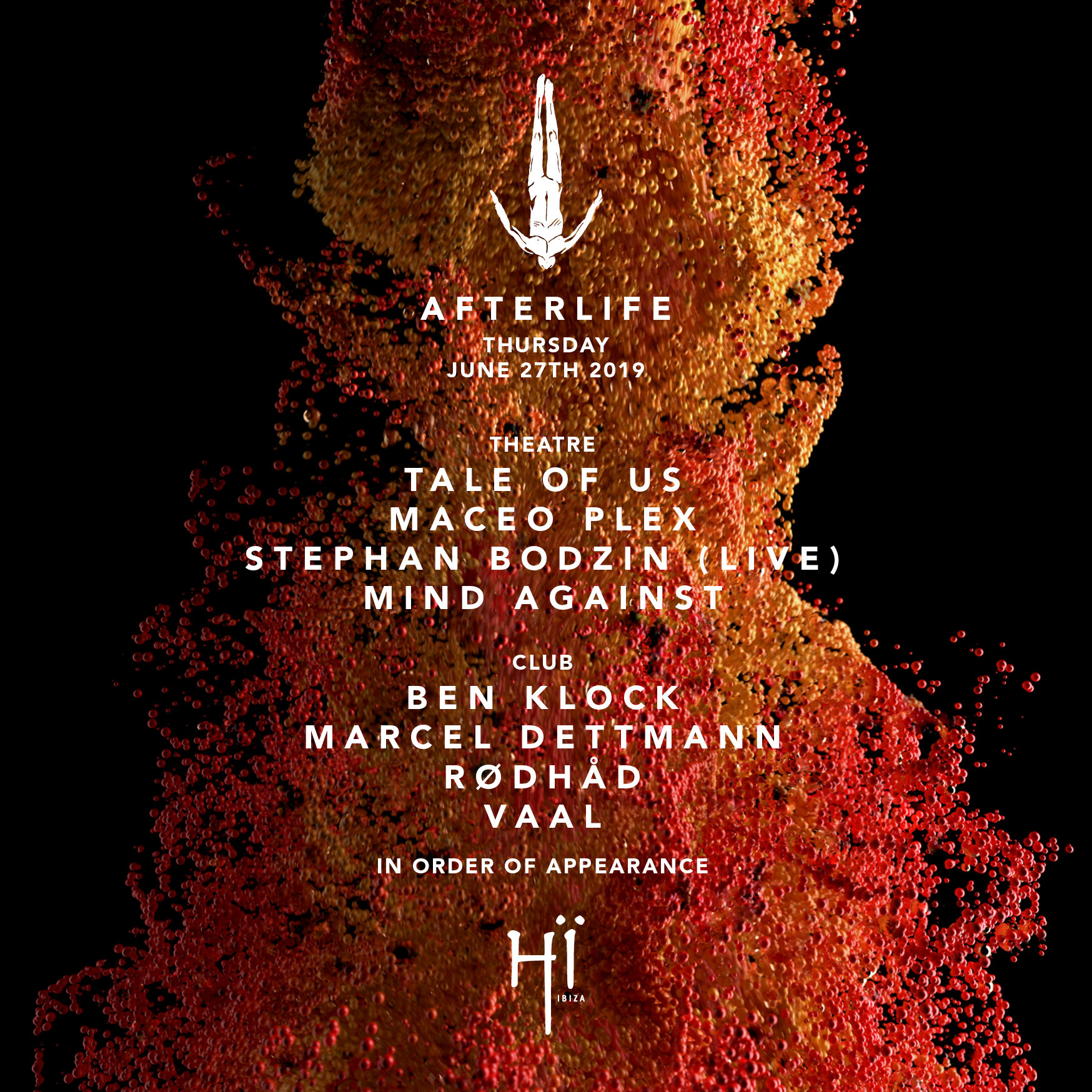 Italian techno duo Tale Of Us will return to Hï Ibiza for another season of carefully curated, immersive and forward-thinking Afterlife events. With a reputation for sensory stimulating soundtracks and spectacular production concepts, the season kicks off on June 27th with a suitably sizeable line-up of names from the techno vanguard taking over both rooms of the world class venue.

Afterlife is not just about assembling a list of DJs, it is about Tale Of Us drawing on a wide sphere of artistic influences under their now iconic Afterlife man insignia. Each and every week throughout summer they curate nights of innovative music, complemented by bespoke visuals and lighting, specially designed installations and thought-provoking production that takes you into a brand new party dimension. The attention to detail is unrivalled and the club’s state of the art sound system delivers the music in crystal clear quality so you feel it as well as hear it.

The line-up for the opening party sets a high standard with Stephan Bodzin, one of techno’s most accomplished live performers, bringing the ultimate experience, together with Maceo Plex’s astral sound that has made him one of the most in demand DJs of the day. Add in Afterlife regulars Mind Against and the hosts Tale Of Us and you have a truly comprehensive night of dance music. In the Club Room, Berghain icons Ben Klock and Marcel Dettmann bring linear, hypnotic and widescreen takes on techno. Dystopian label boss Rødhåd brings his dark and atmospheric style, after Afterlife label artist Vaal has set the tone.

The full season line-ups will be revealed soon, but rest assured they draw on many facets of house and techno from the day’s key players, best live acts, hottest new names and most valued pioneers – an eclectic mix of returning favourites and debutants.

Running every Thursday from the 27th June right through to the 3rd October, Afterlife 2019 is set to once again confirm that Tale Of Us are not only scene-leading DJs and producers, but also skilled and artistic curators with an ear for the ultimate party experience. Early Bird tickets are on sale now, priced at 20€. To book visit hiibiza.com.

ABOUT THE NIGHT LEAGUE
Founded in 2001 by events entrepreneur Yann Pissenem, The Night League is 360 music and entertainment company dedicated to every facet of event and venue management and responsible for hugely successful brands including Ushuaïa Ibiza, Hï Ibiza, ANTS, BIG, Children of the 80´s, GangStar and DYSTOPIA.