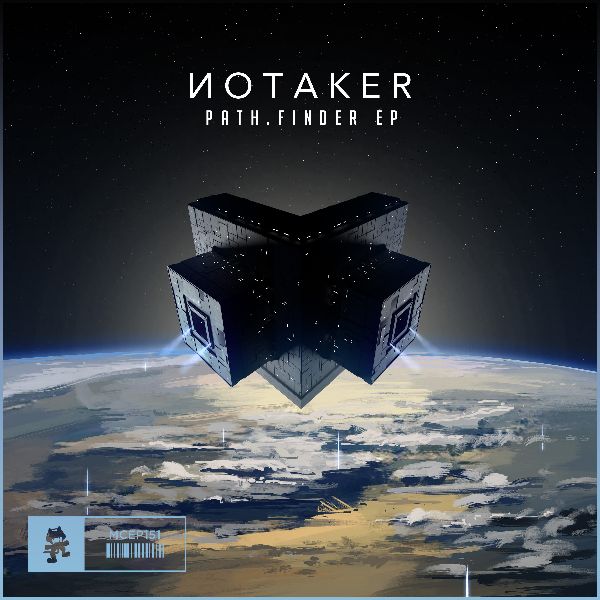 After crushing singles ‘Each Other’ ft. Eric Lumiere and ‘Into the Light’ ft. Karra, St. Louis-based dance music producer, Notaker, has officially released his sophomore Monstercat EP, PATH.FINDER. PATH.FINDER is the follow up to the 2018 mau5trap release of EREBUS I EP.

The EP features fresh edits of the Monstercat Uncaged Vol. 6 single ‘Into the Light’, with an extended mix, radio edit, and VIP all included in the package. Additionally, Notaker assembles emotionally powerful, synth-heavy bass music by crafting radiant soundscapes throughout the EP.

STREAM/PURCHASE: NOTAKER – PATH.FINDER
Notaker’s return to Monstercat is a triumphant one. The intro track, ‘Only in My Dreams’, evokes nostalgic emotion in its nearly two-and-a-half-minute intro with its spacey vocals, powerful synths, and subsequent drop. The radio edit of the lead single ‘Into the Light’ is followed by the extended mix, offering a more progressive take on the melodic glitch-influenced anthem. With deep basses and a final drop that truly turns up the energy, ‘Melophonic’ marks the gleeful midpoint of the EP and is the hardest hitting track on the project. With impactful vocals provided by Eric Lumiere, colorful percussion, and iridescent synthesizers, the second and final single off the EP, ‘Each Other’, is a transcendent journey. The infectious house track ‘The Longest Night’ progresses from its extraordinary, extraterrestrial synths into a bouncy ballet of light chords with reverbed undertones. On the final track, Notaker flips the powerful anthem, Into the Light, into a chilled, intoxicating composition with spacey, melodic vocal chops on ‘Into the Light VIP’, one of Notaker’s most unique productions to date. On PATH.FINDER, Notaker builds emotionally-rich narratives that ultimately culminate in a mesmerizing balance of delight and remembrance.
STREAM/PURCHASE: NOTAKER – EREBUS I (MAU5TRAP)
PATH.FINDER EP is Notaker’s return to the extended play format following his mid-2018 mau5trap release, EREBUS I EP. We see Notaker progress from the darker glitchy arrangements on EREBUS I to immersive tones of both delight and wistfulness on PATH.FINDER. Writing for Respect My Region, Austin Howell stated that Notaker was “Doing his part in bringing a unique sound to the industry” on EREBUS I, further describing him as similar to other new beat artists such as Rezz and 1788-L. The exuberant sounds of PATH.FINDER are on track to garner stronger reactions than EREBUS I.Notaker is truly making a mark in the music industry with his invigorating synths and lush melodies. With support from heavyweight acts such as deadmau5, Seven Lions, Slushii, and Above & Beyond, Notaker is one of St. Louis’s biggest upcoming electronic acts.