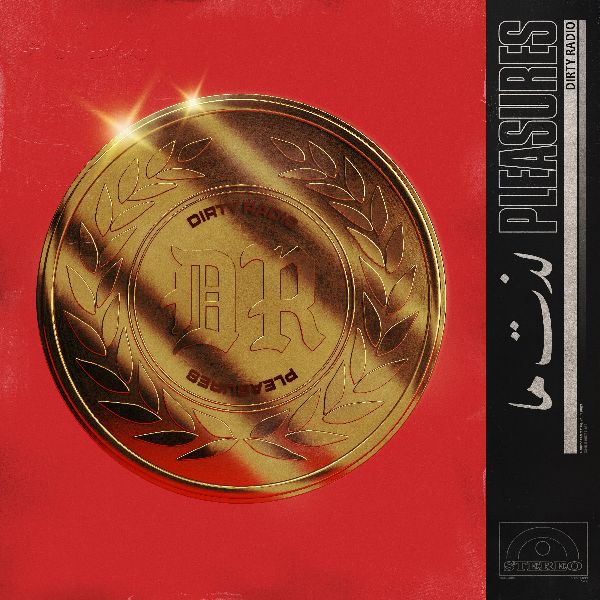 COMPLETE WITH 16 TRACKS INCLUDING
SINGLES ‘PLEASURES’, ‘IS IT ENOUGH’,
& ‘MY FEELINGS’

DiRTY RADiO has released their long-awaited third studio album Pleasures. The LP is an engaging anthology of DiRTY RADiO’s signature production flairs combined with fresh and exciting sounds across sixteen distinct and individual tracks.
STREAM/DOWNLOAD: DiRTY RADiO – PLEASURES [604 RECORDS]
Marking seven years since the Vancouver-based duo’s last album, Cassette(2012), the pair has evidently been busy clocking up some serious studio hours. The result is a diverse, interwoven array of singles that display their musical evolution through the lens of their irresistible R&B infused electronic beats.

‘Pleasures’ offers a delightfully diverse assortment of music ranging from future-house and garage through to more soulful grooves as well as their signature electro-infused R&B imprint. Having already released three highly esteemed tracks from the album, which include ‘My Feelings’, ‘Pleasures’ and ‘Is It Enough’ the LP validates DiRTY RADiO’s undeniable talent as producers and songwriters.

On devising a concept for the album & the production process, DiRTY RADiO said the following:

“Our primary goal was to collaborate with all our favorite musicians and producers and then see what would happen. In writing and producing our past albums, we remained pretty introverted during the writing and recording process, only inviting a few key people to assist. For this record, we wanted to push ourselves creatively to write the best songs we could while remaining open to other ideas. Geographically speaking, we recruited collaborators on this record from Berlin, Brighton, Los Angeles, Australia, Las Vegas, and here in Vancouver. This album is much more focused than our previous records. We really wanted to hone in on creating music we would be excited to perform live while also exploring and improving on our style (House/R&B).  Although we have focused on releasing singles for the past few years, we wanted this album to be something you could listen to from beginning to end.”

Dissecting the album through a microscope, tracks such as ‘Midnight Stamina’ and ‘Distracted – both crafted explicitly for the late-night dancefloor – encapsulate DiRTY RADiO’s soul-filled future house beats layered distinctly with alluring and dynamic vocals. Sonically, ‘Focus’ ft. LA-based collaborator B.BRAVO and ‘Feel On Me’ with Licka Rish paint a stark contrast to their predecessors, as melodically arranged synths and suggestive lyrics define and shape the tracks into sensual slow jams. DiRTY RADiO demonstrates their ability to seamlessly cross and explore genres as ‘Extraordinary’ and ‘Backseat Lover’ embody garage inspired kicks and snares dotted with energetic and punchy melodies. ‘Pleasures’ is an ode to the new wave of R&B, future house, and garage personifying and enhancing the DiRTY RADiO sound we’ve grown accustomed to.