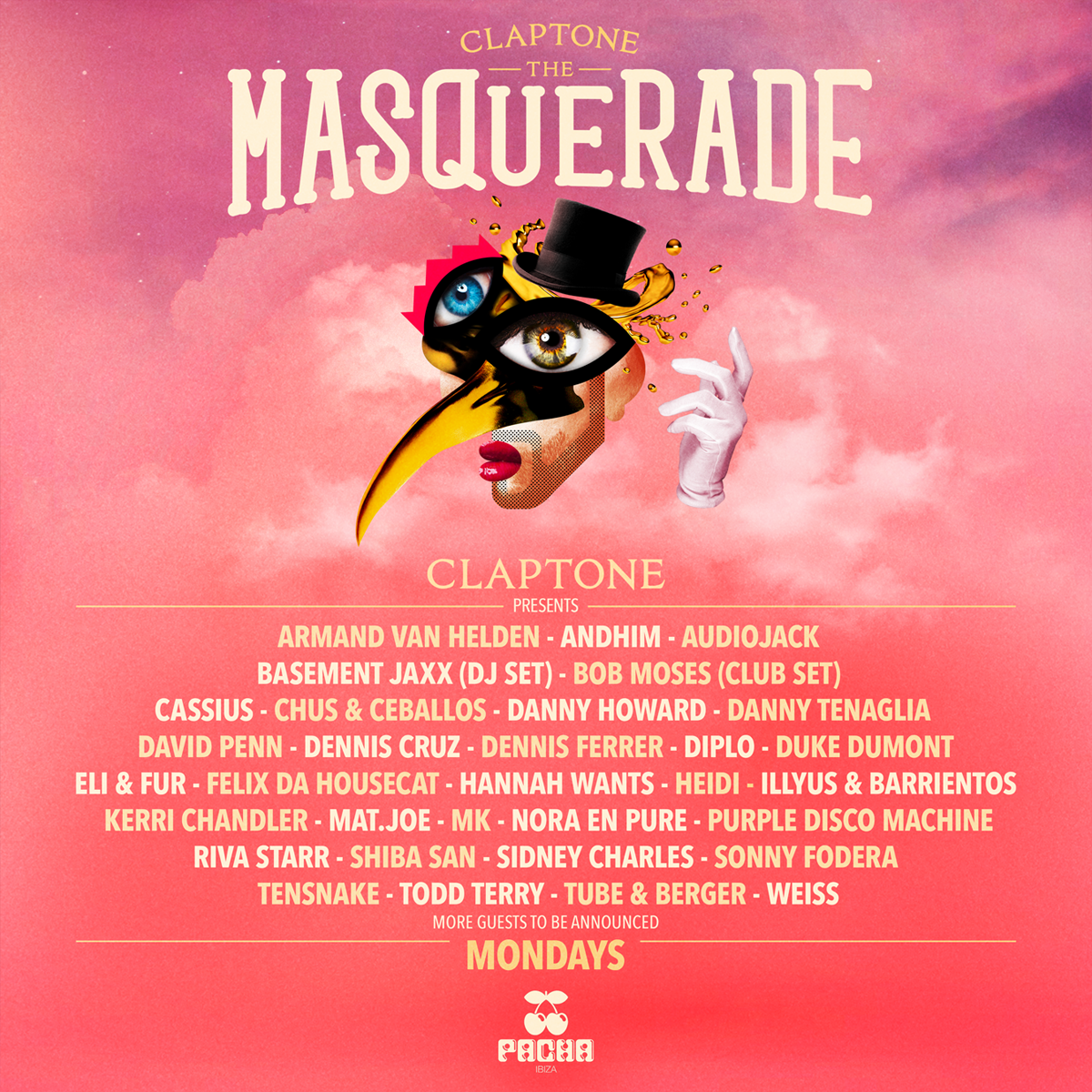 Claptone to be joined by
(in alphabetical order)

Enigmatic DJ and producer Claptone has announced some of the biggest names in dance music in joining ‘The Masquerade’ – a unique combination of magic, mystery and intrigue set to touch down in Ibiza this summer.

Signifying the German artist’s first White Isle residency, the grandiose party concept kicks off at Pacha Ibiza on 27th May, running every Monday for 19 weeks until 30th September. The first line-up announcement sees some of the biggest names in electronic music come together for this landmark run of parties, including Armand Van Helden, Basement Jaxx (DJ set), Dennis Ferrer, Diplo, Heidi and Todd Terry.

“The Masquerade at Pacha Ibiza will represent my vision of the perfect night out: house music and beyond, interpreted by a carefully curated line-up of unique artists that I admire, and that I feel share the same sentimental connection to music. I invite you once again into my world, this time bigger than ever” says Claptone.

On the billing are a number of returning favourites that have been handpicked by the masked man to play at ‘The Masquerade’ events across the globe in years gone by, such as MK, Purple Disco Machine, Tensnake, Ilyus & Barrientos and Mat.Joe. Originating in 2016, Claptone has previously taken the immersive party brand everywhere from Sydney to New York, London and Miami, as well as their own arena at Belgium’s Tomorrowland.

“A place where wonders are abound for those who trust in their imagination. The elaborate decoration and overarching experience will play a vital role. You are going to meet a collection of otherworldly – yet beautiful characters and dancers that will turn the place upside down.”

“I am looking forward to 19 unforgettable nights in Ibiza together with you, to present The Masquerade every Monday at Pacha, starting on May 27th.”

Look out for ‘The Masquerade’ weekly line ups announced soon!

For more information on The Masquerade, see below: