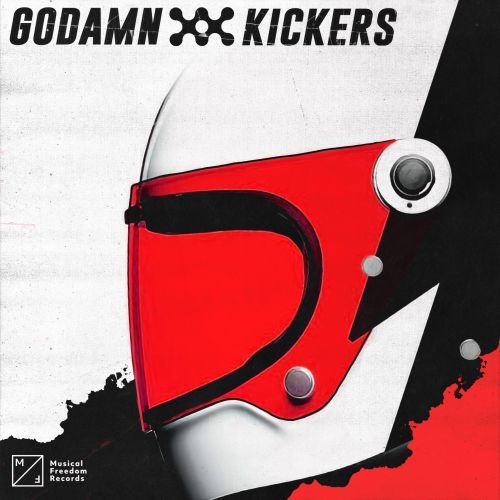 Swiss project GODAMN have released another bass heavy scorcher. Having played under various alias’, GODAMN was born in 2017 as the brainchild of two skilled producers. Their recent track, Kickers, exudes a level of self-assured skill only achieved after years in the industry. It’s a feisty track brimming with GODAMN’s undeniably vast and enthralling sound.

Having picked up early support from TCHAMI, GODAMN were thrust onto mainstage speakers at Ultra Miami 2017 with Messin. This confident debut led to a string of epic releases on monster labels Confession, Heldeep and Dim Mak.

The duo relish in the ability to play with elements of house, disco and bass house. As their repertoire grows, GODAMN garner support from the worlds biggest DJ’s.

GODAMN’s new single, Kickers, is a substantial track that revels in the sweet sound of hurtling bass lines. Adding to an ever-growing list of monumental releases, GODAMN have yet again delivered a menacing and exhilarating effort on Tiesto’s Musical Freedom imprint.

As the third year into the project, this Swiss duo celebrate the complete annihilation of house music norms, accomplished always with the prowess of utterly capable professionals.