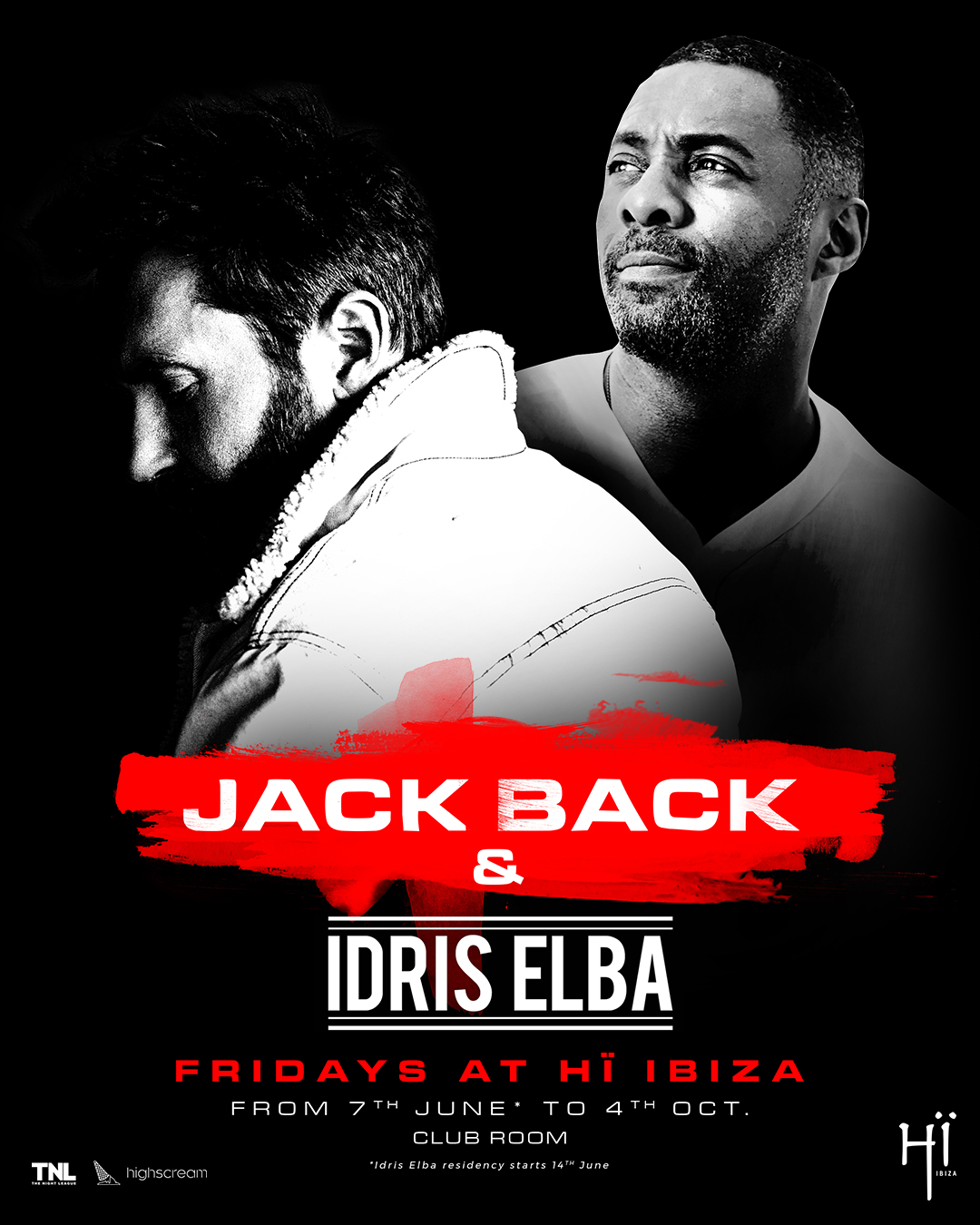 Hï Ibiza today reveals that Jack Back will make its Ibiza debut this summer, taking over the ‘Club’ (room 2) with weekly resident Idris Elba each Friday from 7 June – 4 October 2019, while F*** Me I’m Famous! will own the ‘Theatre’ (room 1).

Presented by The Night League, the team behind the success of Hï Ibiza, Jack Back is a brand new concept for 2019 and will celebrate the best of the underground electronic music scene. Revealing a deeper side of himself, Jack Back is David Guetta’s darker new alias, a return to his underground roots in the days before he was a household name.

Curating a failsafe roster of the very best names in underground electronic music, Jack Back will see David Guetta and weekly resident Idris Elba playing alongside the most sought after names in the international music scene.

“I’m super excited to launch my new concept Jack Back at Hï Ibiza this summer. I can’t wait to go back to my roots and curate a night showcasing the best in underground electronic music. It’s going to be crazy and I can’t wait to party with everyone!” – David Guetta

F*** Me I’m Famous! was created by Cathy and David Guetta and is without a doubt one of the most talked about events in the world. Often selling out within hours of being on sale, the party has become an Ibiza institution.

Known for its unbeatable feel-good atmosphere, incredible production, fierce dancers, unrivalled VIP glamour, and of course the world’s biggest DJ’s in the booth each week, F*** Me I’m Famous! is a force to be reckoned with. One of the island’s most coveted parties, F*** Me I’m Famous! has also become synonymous with sunrise appearances from some of the world’s biggest stars with whom David Guetta has collaborated with.

The Night League will soon reveal the full program of guests, so watch this space for more announcements. The tickets are now on sale at  hiibiza.com  and are sure to sell out fast, so act now and don’t miss your chance to catch Jack Back and F*** Me I’m Famous! in its brand new home.

ABOUT THE NIGHT LEAGUE
Founded in 2001 by events entrepreneur Yann Pissenem, The Night League is 360 music and entertainment company dedicated to every facet of event and venue management and responsible for hugely successful brands including Ushuaïa Ibiza, Hï Ibiza, ANTS, BIG, Children of the 80´s, GangStar and DYSTOPIA.