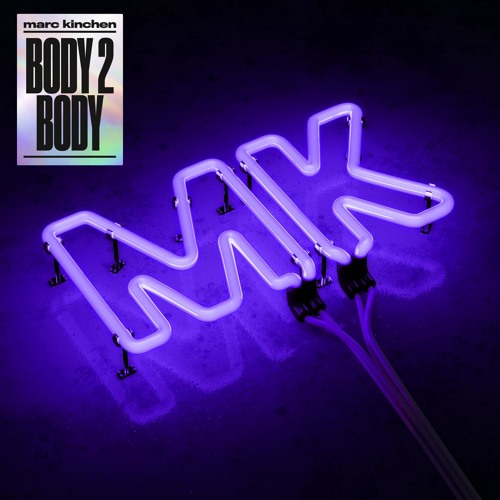 DJ, producer and Area10 label boss MK (Marc Kinchen) has followed up on the chart success of last year’s single “Back & Forth” with “Body 2 Body,” his first release of 2019.   Out now on Area10/Ultra Music, “Body 2 Body” finds MK switching it up from his well-known warm piano house sound in favor of a more progressive flavor. Arriving just in time for summer, “Body 2 Body” is a record that’s destined to have impact not only on the charts, but in clubs around the world.
Listen now here: http://smarturl.it/MKB2B
Lyric video: https://youtu.be/rvZG3w4LcCE
Following up to last year’s gold-selling single “Back & Forth”–which peaked at #12 in the Official UK Top 40 Singles Chart and remains a mainstay on streaming playlists everywhere.  To date “Back & Forth” has been streamed over 60 million times on Spotify.
This was preceded by 2017’s “17,” Kinchen’s most successful career release, amassing just under 120 million Spotify streams to date.
“Body To Body” leads into another hugely busy summer for MK, who is poised to take the Area 10 brand to some of the world’s most sought-after party locations. As well as hosting Area 10 stages at festivals including Creamfields, Parklife and Scotland’s EH-1 in the coming months, MK will also kick off a weekly Ibiza Rocks Hotel residency in July with a wealth of high-profile special guests soon to be announced.  In the U.S. he will appear at Gather Festival and Movement this month with club dates confirmed in Miami and Atlantic City into the summer.
“Body 2 Body” represents the next chapter in the career of this internationally-acclaimed multitalented artist, who continues to ride on his rapid ascent to the pinnacle of the dance music world.
For more information on MK, please visit
Facebook  I  Twitter  I  Soundcloud
Catch MK in the U.S.: