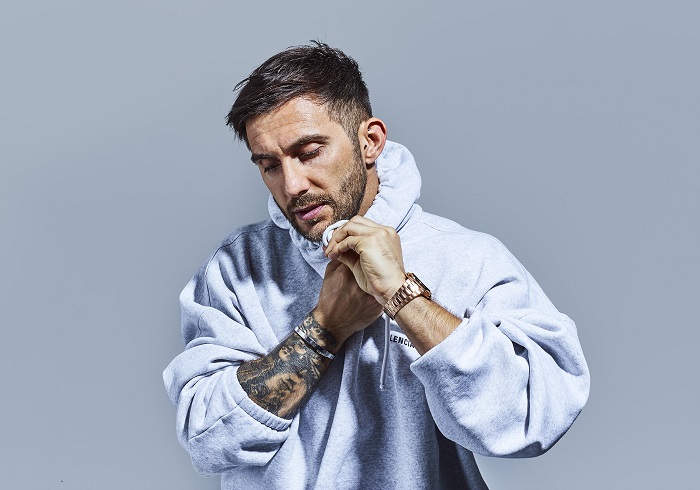 With over 2 million views for the first three episodes filmed while on tour in Mexico and Japan, Hot Since 82’s Even Deeper video documentary series has proved a big hit both with his fans and newcomers alike.
Based around a concept of ‘slow touring’, where the hugely successful house / techno DJ gives himself more time and space to explore his tour destinations, they show that there’s an alternative to cramming 5 gigs into a weekend. Today sees the launch of the third instalment: Even Deeper Brazil.
Filmed over the late February / early March Carnival period where he played several dates in Brazil, the film sees him take in the Carnival blocos, famous for its music and dance full of energy and drums, the party continues despite the storms that swept across the country on such an important date; A boat tour deep in the Amazon jungle, wild and remote where local families decide to get away from the city and learn to live with nature in complete harmony but definitely complicated. Then there are the parties — including his gigs at the mighty Warung beach club, Laroc club, and a pop-up party at the amazing 9 de Julho Lookout in São Paulo.

“Even Deeper is a concept very close to my heart. It allows me to spend more time in a country and to really immerse myself in its culture and history. Playing more intimate shows, meeting people and really understanding their way of life, something that can very easily pass you by when the DJ life is usually airport > hotel > club > airport…”
– he explains.

Captured by the amazing Adrenorama production crew just like the previous episodes, Even Deeper Brazil vividly brings to life the soul of Brazil, its music, culture, food and party scene. It again shows a DJ fully at ease with his touring schedule, and able to indulge himself in the opportunities that travel presents.

“I am lucky to be in a privileged position where my work enables me to travel the world. However, after years of doing so I realized I was often visiting some of the planet’s most interesting and exotic locations but not having the chance to stop for a moment to explore and experience the culture beyond the airport, hotel and club. The Even Deeper concept allows me to do just that, spending more time touring a country and see its true beauty. It’s just incredible.”

Even Deeper Brazil is the third episode of the Even Deeper series where Hot Since 82 dives into the local culture while touring the country familiar and unfamiliar spots. Previous short films were recorded in Mexico and Japan – episode I and episode II with over 2 million views.