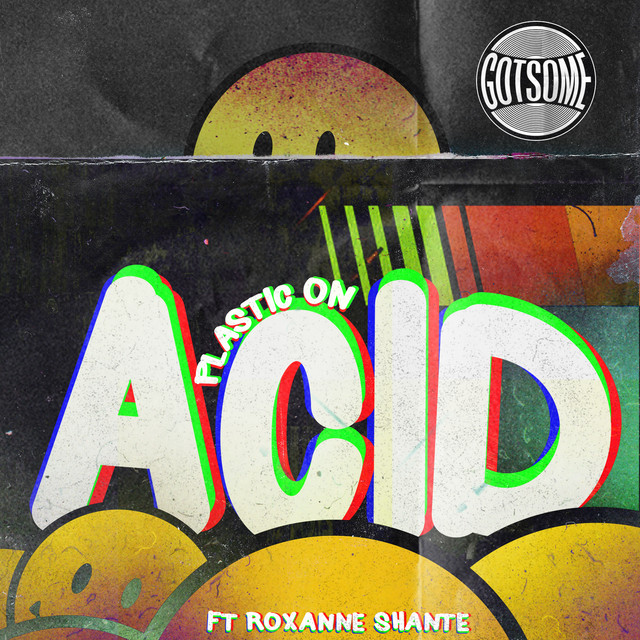 Rising Bristol DJ / producer GotSome (Adam Gorsky) is poised to release a brand new club banger with the arrival of ‘Plastic On Acid’ out on Ultra Music this summer and featuring the vocal talents of legendary New York musician and rapper Roxanne Shante.

GotSome explains: “I spent the day listening to old Fast Eddie and Tyree Cooper records and watching Juice Crew videos from the late 80’s. Then I locked myself in the studio for a few days with a 303 and this is what happened. Also that night I had a mad dream about working with Roxanne Shante after watching her documentary film. Dreams can come true! Here’s Plastic on Acid – Bringing Hip House back for 2019.”

GotSome is a man who has been on an upward trajectory since his arrival on the international circuit in 2014. In a short space of time he has clocked up a series of achievements and career highlights that place him at the forefront of this generation of talented British producers.

The GotSome edit of Kanye West’s ‘Fade’ was Annie Mac’s Hottest Record in the World, was played by Annie no less than 10 times on BBC Radio 1 and spent 5 weeks at the top of the BBC Radio 1 Dance Chart.

‘I Don’t Know’ came out on Danny Howard’s Ministry of Sound imprint Nothing Else Matters and received support across the board at Radio 1 from Danny, Mistajam, Target, Jamz Supernova, Toddla T and others and was included in key Spotify playlists such as New Dance Revolution, UK House Music and New Dance Tracks.  More recent releases ‘Mystify’ and ‘Nomad Chat’, both released on Mark Knight’s Toolroom, received BBC Radio 1 support and DJ support from some of the biggest names in the game.

With his attention turning more to his house music roots in recent times, GotSome started 2018 with an ‘80’s House Trax’ mini mix on Annie Mac’s BBC Radio 1 show.  His early 2018 release ‘TechBox’ (again on Toolroom) received its BBC Radio 1 premiere from Annie Mac and garnered huge support throughout the industry. He followed that up with the single ‘Everybody Know Now’ on Armada Deep, a track that has featured across multiple playlists and set-lists alike.

Adam released his tribute to Larry Levan ‘Larry’ on Nervous (premiered on Radio 1 by Annie Mac, support by the likes of Kenny Dope and top 20 on Beatport), followed by ‘The Lightning’ EP on Club Sweat, huge single ‘Gurls & Boyz’ on Big Beat (multiple Radio 1 plays and Spotify play-listings) and then finished the year with the ‘Mardi Gras’ EP, which was supported heavily on radio and in the club, notably by Annie Mac.

His remix prowess is well known and Adam has been called upon by big-name talent including Basement Jaxx, Róisín Murphy, Craig David, Sigala, Wilkinson, Sub Focus and most recently Conducta, Terace, Yolanda be Cool, Not3s & Mabel and Tribe of Good.

Adam has always received support for his productions from his peers, with the likes of Seth Troxler, Eats Everything, Skream, Gorgon City, Groove Armada, Disclosure, Rudimental, Calvin Harris and many others consistently playing his tracks.

Adam has toured throughout the UK and Europe, having held down a Together residency at Amnesia in Ibiza and played prestigious clubs and festivals including Glastonbury, Bestival, SW4, Fabric, Warehouse Project, Arcadia, Motion, Hideout, Snowbombing, AMP Lost and Found, Wildlife, Boomtown, Love Saves the Day and Secret Garden Party to name but a few. Outside of Europe Adam has toured further afield with shows in Hong Kong, Singapore, KL, Bali, Bangkok and Dubai and is often out on the road internationally.

2019 kicked off with the highly anticipated ‘Restless’ – the first of a string of releases on Ultra – and will see GotSome continue to bring his undeniable talent to dance floors across the globe as well as unleash an onslaught of exciting new music.

Whether it’s throwing down dynamic sets at the world’s best clubs and festivals, or spending hours on end tweaking his unstoppable productions in the studio, GotSome is a force to be reckoned with whose sharp and continued rise shows no signs of letting up.