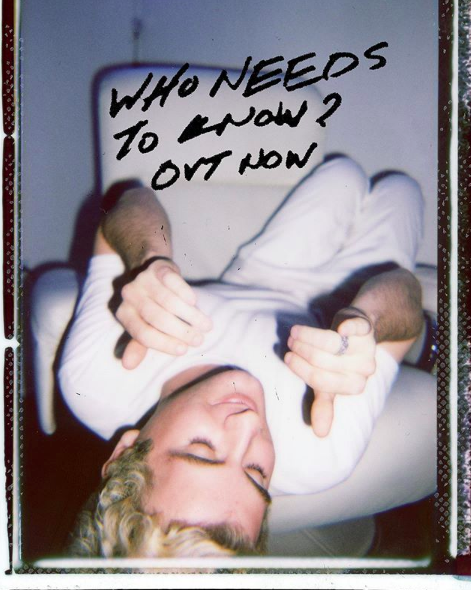 Like a scene straight from the 80s, popstar Nick Lopez is taking fans back in time with his latest video for the soon-to-be smash hit “Who Needs To Know?”

Filled with neon palm trees, beach parties, and convertibles, it’s a time capsule straight back to a time where the party-hearty teen is king of the world. The LA resident stars in the video, finding the girl of his dreams amongst the mass of partiers surrounding him. The pair ditch the scene with a getaway driver to embark on a late night adventure with the wind in their hair and city lights shining.

The vintage video perfectly contrasts the electrifying modern pop song that’s sure to soar to the top of the charts in no time.

“Who Needs To Know?” follows the major success of Lopez’s latest track, “Pink Champagne,” which surpassed 200 million plays on the Asian music streaming platform NetEase after going viral in a dance challenge on the Chinese equivalent of Tik Tok.

Nick is quickly starting to pick up momentum, and “Who Needs To Know?” is sure to launch his career into something great.

Nick Lopez is a songwriter and recording artist. Recent highlights include one of his own songs, “Pink Champagne” surpassing 200 million streams on leading Chinese music streaming platform NetEase, it also received a sync in major Chinese studio New Classics Media’s 2019 feature film “A Boyfriend for My Girlfriend.” In a few short months, “Pink Champagne” exploded from a viral dance challenge on Douyin (Tik Tok in China).

Nick recently visited Beijing, where he was overwhelmed with love from his fans. He performed his first overseas concert and was interviewed by MTV China.