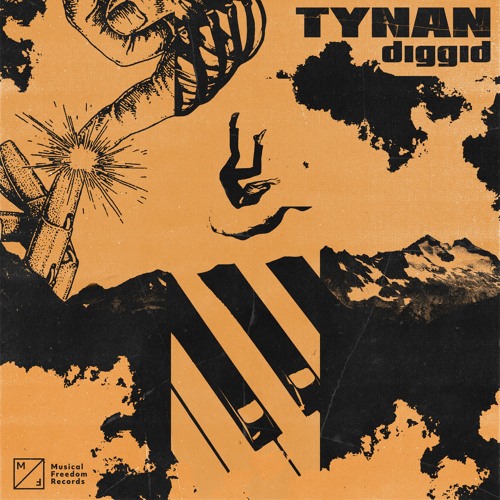 Known for his dark trap sounds that have caught the attention of Steve Aoki’s Dim Mak and Liquid Stranger’s WAKAAN, TYNAN has demonstrated his capability for tailoring his signature heavy beats to the crossover masses as well as tastemaker bass territories alike.

With his music capturing the ears of DJ heavyweight and label head Tiesto, TYNAN now makes his debut on Musical Freedom with Diggid.

TYNAN, pronounced Tie-nin, continues to showcase that he isn’t shy when it comes to weird and unusual soundscapes. His music is a caricature of his own personality that he channels within his music, allowing him to connect with others who can relate to him through his mind-bending frequencies.

Whilst 2018 saw TYNAN release on revered underground imprints including Deadbeats and Bite This! as well as his Pandora’s Box EP on Never Say Die, 2019 has seen WAKAAN heavily backing the producer with EPs Songs For Ghost To Haunt To and Doughboi alongside G-REX.