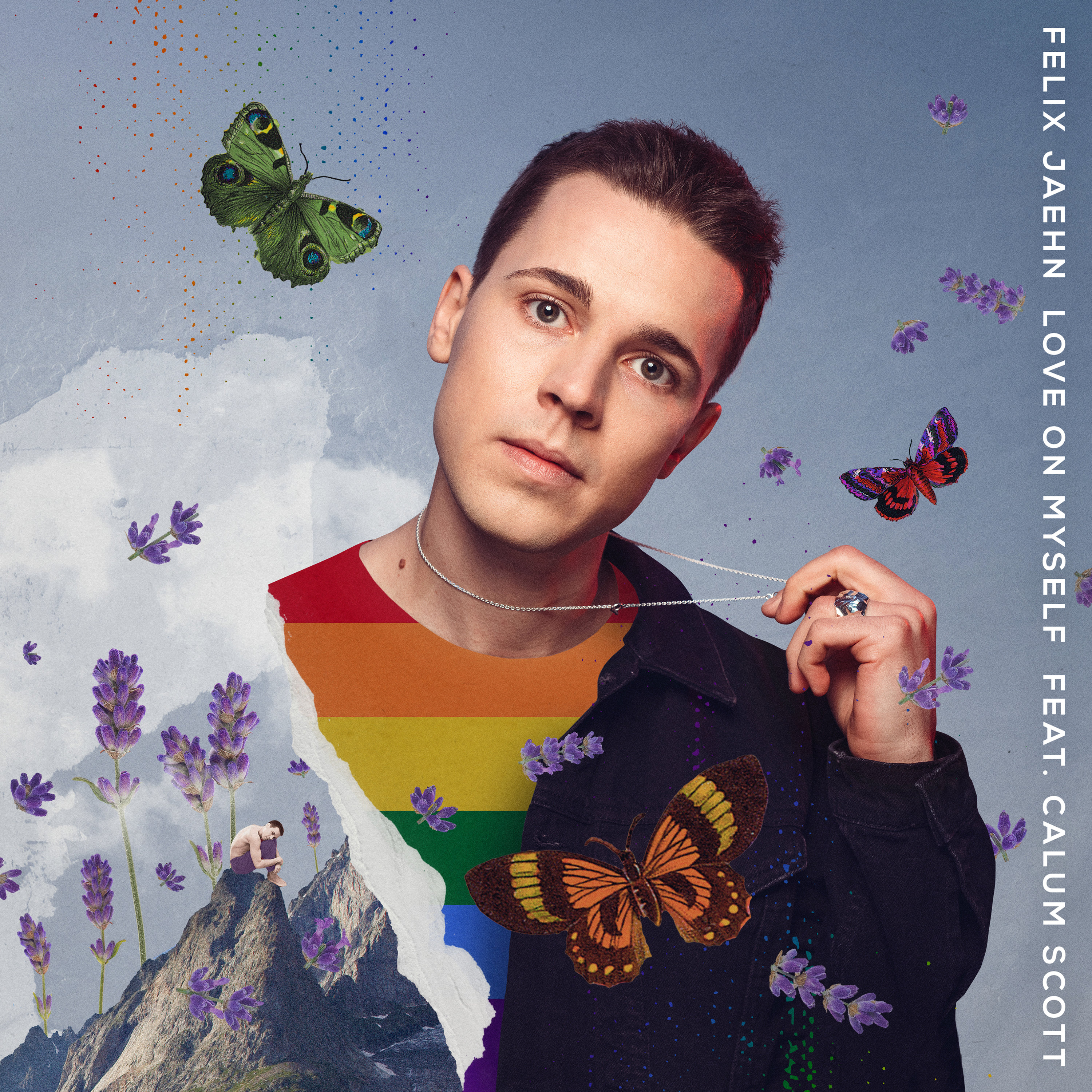 Felix Jaehn is back. The platinum selling DJ and undisputed king of summer hits has returned, partnering with British superstar singer Calum Scott to deliver a smooth and summery holiday tune to his millions of fans worldwide with ‘Love On Myself’.
STREAM: FELIX JAEHN – LOVE ON MYSELF (FEAT. CALUM SCOTT) [UNIVERSAL MUSIC]
The song carries a deeply personal message for Felix, as it marks the beginning of a new musical chapter in his life, centered around genuine artistic expression and musical integrity. Felix’s focus moving forward is to ensure his music is as pure and honest as possible. This drive contributed to his decision to now co-write all his lyrics, so as to guarantee his vision is accurately represented throughout his work. His artistry extends beyond the music as well, with the stunning collage artwork for ‘Love On Myself’ also directed by Felix himself.

In ‘Love On Myself’, Felix expertly crafts hypnotic plucks to pair perfectly with Calum Scott’s astoundingly catchy vocals. The two combine to reveal the emotional core of the track, all without sacrificing any of the songs danceability. A brilliantly uplifting track, ‘Love On Myself’ revolves around the theme of self-love and encourages listeners to look inside and take time to find themselves.

HEY How you doing yeah I hope I’m well
Time to put that love on myself
Before I give it back to someone else’
Brimming with good vibes and positive energy, the track exudes confidence, and the true strength and value in self-understanding. With ‘Love On Myself’ now streaming worldwide, there is no doubt that Felix Jaehn’s name will feature on every single summer playlist of 2019.

Felix Jaehn exploded onto the scene in 2014, rocketing to #1 in 55 countries with his remix of OMI’s ‘Cheerleader’ and shooting the then 20-year-old to stardom. Incredibly, he followed up that success with ‘Ain’t Nobody (Loves Me Better)’, another global hit that truly established the DJ as a household name. An incredibly versatile musician, Jaehn has collaborated with the likes of Steve Aoki, Adam Lambert, Gucci Mane, The Vamps and many more, grabbing 90 gold, platinum and diamond records, and billions of streams across all platforms on the way. 2018 was a particularly big year for the young producer, as he released his debut album I to both commercial and critical acclaim, and this year is looking no different. ‘Love On Myself’ is already his fourth release of the year, and with a slew of festival shows lined up for the summer, including Lollapalooza Stockholm, Parookaville and Tomorrowland and a US club tour in August and September 2019, this year is looking to be another massive one for Felix Jaehn.

Calum Scott is one of the most talented vocalists to ever come out of the UK’s illustrious music scene. His journey to stardom began with an audition for the 2015 edition of Britain’s Got Talent, where his inspirational performance earned him a standing ovation from the panel, with Simon Cowell feeling compelled to press the coveted Golden Buzzer, sending him straight to the semifinals. It didn’t take long for Calum to capitalize on his success. The following year, Calum released a cover of Robyn’s ‘Dancing On My Own’, going platinum and becoming the UK’s most downloaded song of the summer. That same year, he recorded ‘Trasformar’ with Brazilian recording artist Ivete Sangalo and it became the official theme for that year’s Summer Paralympics Games. In 2018, Calum dropped his highly anticipated debut album ‘Only Human’, an incredibly intimate project touching upon his personal experiences with love, acceptance and sexual identity.