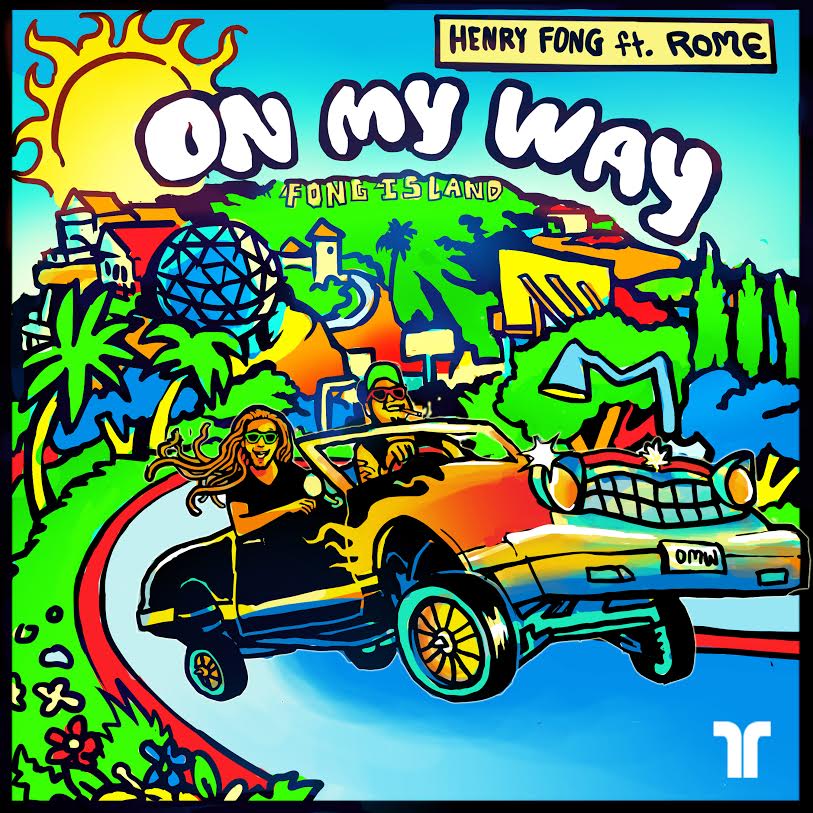 Henry Fong says of his collaboration with Rome (lead singer of famous reggae-rock band revival –Sublime with Rome):“It was so great to link up with Rome from Sublime w/ Rome. I’ve been a fan of all of the work he’s done in the Reggae world, and it was a dream to connect with him and create a big summer anthem. Reggae was my biggest musical passion before I entered the dance music realm, so being able to create a bridge between the two genres is amazing for me.”

Stream “On My Way” here: https://thrive.fanlink.to/onmyway-hf

As Fong’s second single on the established electronic music label – Thrive Music, “On My Way” offers a gateway into both Fong’s talent beyond the world of EDM, as well as Thrive’s continuous adapting that has taken the label through decades of success in dance music’s ever-changing landscape. With a sound that strays from Fong’s traditionally electronic music nucleus and taps into a blend of pop and reggae,“On My Way” joins the ranks of influential releases from Thrive Music’s impressive catalogue.

Inspired by his residency in Los Angeles, the famously high-energy artist showcases a different side of his talents with the release of today’s quinnessential SoCal summer track. With relatable lyrics influenced byFong’s life in LA (“we can get stoned at the top of the Hollywood Hills”) sung by beloved, Sublime-frontman Rome – Henry Fong effortlessly transitions into a whole new sound; securing his place as one of music’s up-and-coming, genre-bending prodigies.

With time and well-deserved recognition, Henry Fong has not only developed his own unique sound in the midst of an increasingly cluttered industry, he has also created an entirely new, distinguishable genre – dubbed respectfully as Global Bass. Undeniably, no other contemporary artist can claim the same quality of trailblazing success. With sophisticated ease, Fong presents a unique musical experience that brings the world together – artfully curating a sound that combines Latin, Middle Eastern, African, Asian, and Western electronic music influences.

With his ever-evolving yet defining sound, Henry Fong continues to test the limits of his talent with the release of “On My Way”. As the second single from his forthcoming EP it’s no doubt that his sound has officially penetrated popular domain with high-acclaim. Fong is quickly establishing himself as a household name, while influencing fellow musicians to begin testing the boundaries of genres and their own ‘signature’ sounds.