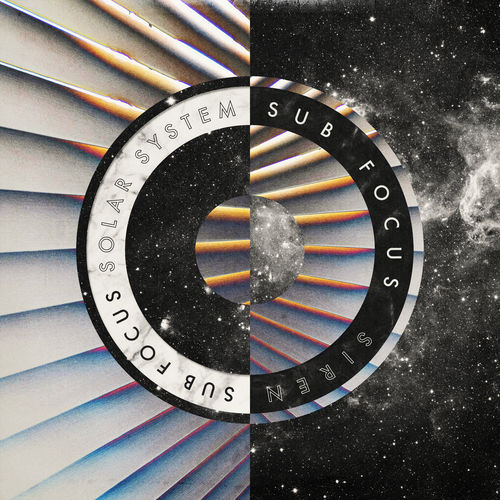 Drum and bass pioneer Sub Focus returns with double A side club release ‘Solar System’ and ‘Siren’, out 26th July via Virgin EMI. Illustrating two shades across the drum and bass spectrum, this club focussed double-single is highly anticipated with fans and is the last in the current series of releases.

Sub Focus is best known for his state-of-the-art live shows and diverse back-catalogue, including ‘Tidal Wave’ and ‘Rock It’. A regular at the likes of Creamfields, SW4 and a resident at Amnesia Ibiza, he also headlined Brixton’s iconic O2 Academy last year.

His most recent single was a collaboration with fellow scene innovator Dimension on vibrant single‘Desire’, which spent a number of weeks on the BBC Radio 1 A-list and has generated over 30 million global streams. Further demonstrating his versatility, he also recently remixed ‘Mother Tongue’, a track from British metal band Bring Me The Horizon, to masterful effect.

The release comes in the midst of Sub Focus’ mammoth summer tour, having already played EDC Las Vegas, Dour, Glastonbury (3 sets across the weekend) and BBC Radio 1’s Big Weekend – where he performed a B2B2B set with Dimension and Wilkinson – in recent weeks. Looking ahead, he will play a flurry of festivals including Untold, Boardmasters, Let It Roll and continue his residency at Amnesia, Ibiza.

An accomplished release that covers a lot of ground, ‘Solar System’ and ‘Siren’ further demonstrate exactly why Sub Focus is an artist at the forefront of the global Dance scene.