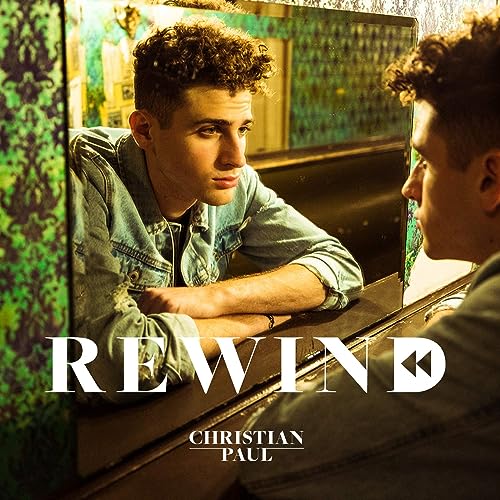 September 5, 2019 – Singer/songwriter CHRISTIAN PAUL has released a music video for his latest song “Rewind” today, capping off a full and eventful summer for the already buzzing emerging artist. The track is produced by Evan Rogers, Carl Sturken and M Phazes, with the video directed by Alexa San Román and produced by Sam San Román. Reflecting the desire for “a second chance at love to right the wrongs,” Christian wrote the lyrics to Rewind in under an hour, reporting that “It just kind of wrote itself.”

Christian opened for pop artist MAX during his 2019 Summer tour and will open upcoming shows for the Pink Sweat$ tour this Fall. Christian was most recently seen performing in Los Angeles as part of “School Night,” one of the most respected tastemaker showcases in the industry. Joining the ranks of artists such as Hozier, Father John Misty, Gary Clark Jr., HAIM and LANY who have graced the “School Night” stage, Christian’s energy filled the bohemian Bardot at this show curated by KCRW DJ Chris Douridas and Matt Goldman (MFG/AOK Collective).

Christian released his introductory track “When Love Don’t Love You Back” in March, followed by his first official single “Strong” in April. He found the time to film “Rewind” this summer on-location in Brooklyn and Long Island between dedicated studio time in New York and Los Angeles with radio tours and shows throughout the country. This is his second time filming in Brooklyn, with his previous video “When Love Don’t Love You Back” taking place on the eponymous Williamsburg Bridge.

Inspired by the sounds of Maxwell, Prince and Curtis Mayfield, Christian’s tracks drip with soul and blend his natural artistry for genuine story telling mixed with a mature vulnerability truly setting him apart from other musicians of any age. At the age of 19, Christian is signed to SRP Records, whose first signing was the then-16-year-old Rihanna.

Christian will release his self-titled E.P. later this fall. His music is exclusively distributed through 12 Tone Music Group.