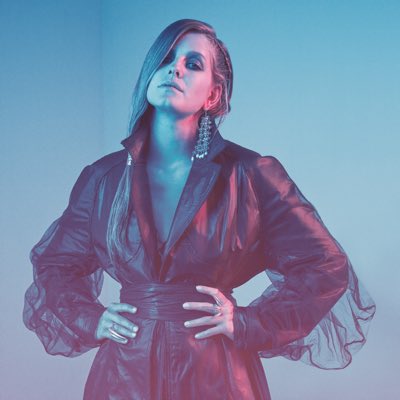 London based Synth-pop singer-songwriter I Am Boleyn is pleased to announce details of a brand new remix by Freemasons James Wiltshire for ‘Too Much’.

She says: “’Too Much’ is about being too drunk on a night out, but also about having too much of a bad person, someone who makes you drink because they undermine your confidence. Sometimes we have ‘Too Much’ to cover up feelings we subconsciously don’t want to have to deal with, but then in that state there be an epiphany about why, or who, makes you are feel a certain way”.

I Am Boleyn spends her time shuttling between London and Stockholm, working with Swedish based music production collective FMLY STHLM. Influenced by Robyn, Mo, Goldfrapp and MS MR, her take on electro-pop brims with hints of neon lit 80’s Berlin bars with a futuristic twist of Blade Runner.

I Am Boleyn grew up in St. Petersburg, Russia, went to Oxford University to study history and has been writing songs and singing in bands since she was young.

New York based fashion label La Ligne got wind of I Am Boleyn’s music and have invited her to be their brand ambassador.