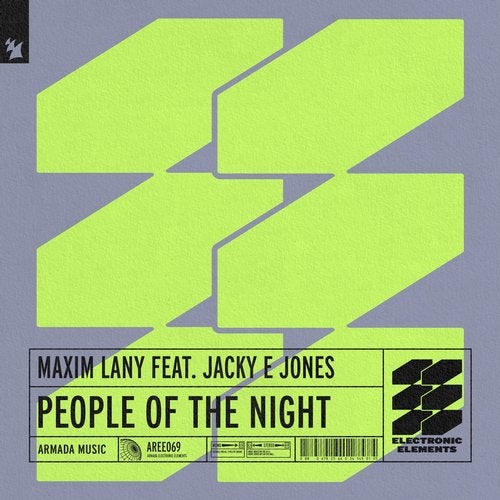 AMSTERDAM, September 9, 2019 – Hot on the heels of sending the whole world into raptures with ‘Renaissance’ and securing two slots on the line-up of Tomorrowland 2019, Maxim Lany is back on Armada Electronic Elements to pick up where his debut hit left off. Again with heavy support from scene leaders such as Solomun, ‘People Of The Night’ – which features Jacky E Jones on vocals – arrives to give the underground scene something to cheer about.

Maxim Lany: “‘People Of The Night’ is my ode to that acclaimed sound we trust in, and a shout-out to all the people of the night who dedicate their lives to what we all believe in: quality electronic music.”

A regular on the Armada Electronic Elements label, exclusive Armada Music signee and well-known figure in the Belgian Melodic Techno scene, Maxim Lany has gradually become a household name. Having shared the decks with the likes of John Digweed, Sasha, Jamie Jones, Lee Burridge, Adriatique, Kölsch, Bedouin and many others whilst releasing tracks on some of the scene’s most acclaimed labels, he managed to stand out through his internationally acclaimed, atmospheric signature sound.

‘Renaissance’, which was released on Armada Electronic Elements earlier this year, hit home for him in a big way, earning him over a million streams on Spotify, heavy support from tastemakers such as Kölsch, Solomun, Lost Frequencies, David Guetta and Eelke Kleijn, and a feature in the aftermovie of Tomorrowland Winter. It proved the perfect stepping stone for the rest of his career, and ‘People Of The Night’ shows that his quest to conquer the dance music realm is well underway.