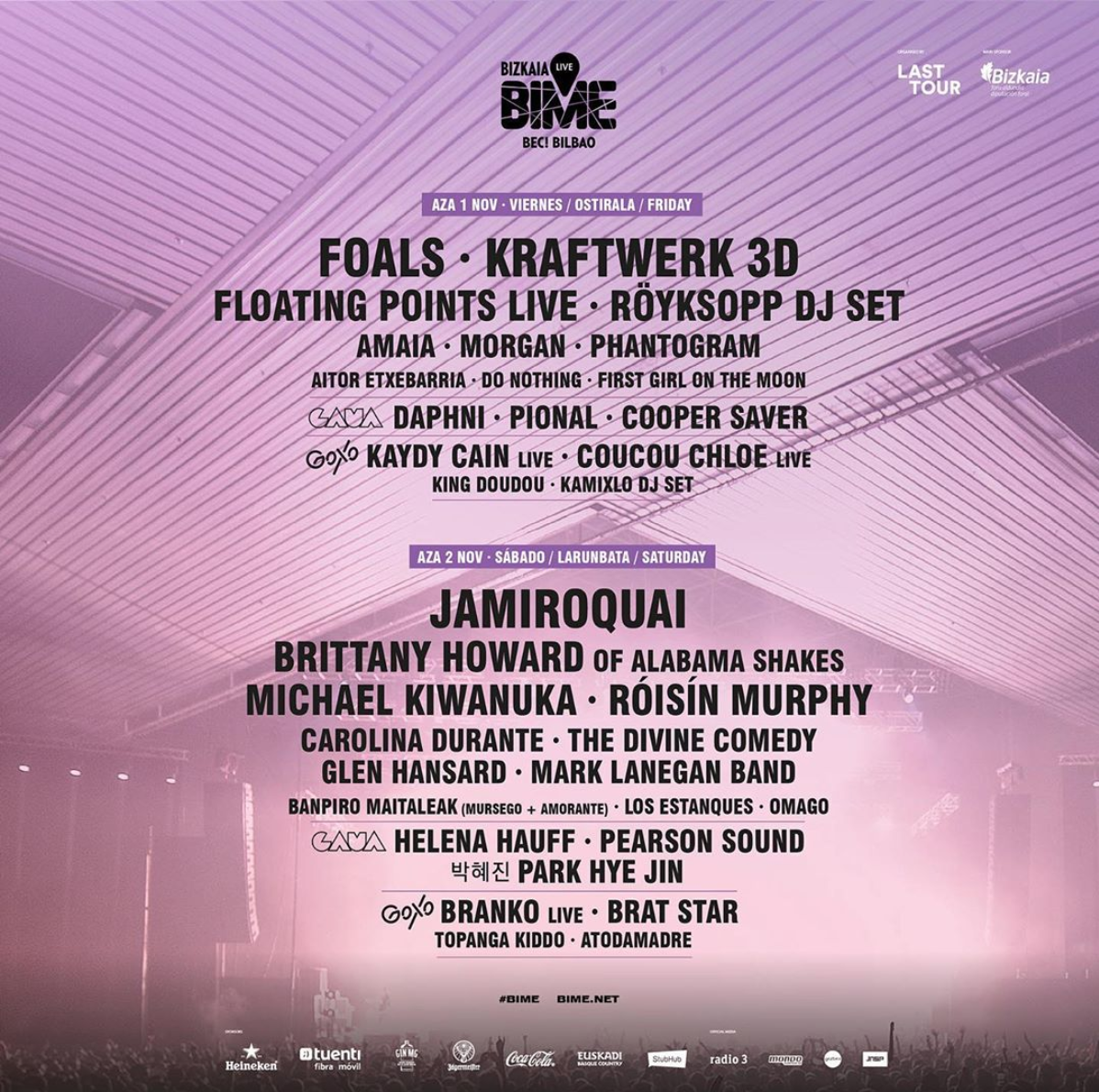 BIME LIVE, Spain’s largest indoor Autumn festival, today announces the new additions closing out the roster of its seventh edition, to be held the 1st and 2nd of November at Bilbao’s BEC! and billed as the perfect Halloween weekend plan for lovers of contemporary sounds.

Led by the charismatic Yannis Philppakis, Foals return to Bilbao to give us a retrospective of their brilliant career and present the songs from their acclaimed album Everything Not Saved Will Be Lost. Other noteworthy confirmations include Floating Points, the artistic pseudonym of famed producer and doctor of neuroscience Sam Shephard, a much-anticipated DJ set from Norwegian duo Röyksopp, and First Girl on the Moon, the new project of post-punk duo Juancar Parlange and Eneko Cepeda, who will present their debut effort Scars, an album of stark atmospheres drawing on punk, rock, electronica, and kraut.

Goxo, the festival’s trap, R&B, hip hop, dancehall, and reggaeton club will celebrate its second edition at BIME LIVE after a positive reception last year.The full program announced today represents the urban music of the moment with names such as Kaydy Cain, member of collectives like La Mafia del Amor, Los Santos (ex Pxxr Gvng) and Takers;  experimental French producer, vocalist, and DJ Coucou Chloe; and Kamixlo, co-founder of Bala Club and a musician who completely overturns genre conventions mixing the darkness of emo or nu-metal with the heaviest of reggaeton.

The new acts today join a roster of stellar and contemporary talent at BIME LIVE 2019, including Jamiroquai, Kraftwerk, Amaia, Michael Kiwanuka, Brittany Howard, Róisín Murphy and The Divine Comedy, along with stars of the Gaua stage, an Eden for electronica- and dance-lovers, including Helena Hauff, Daphni (aka Caribou), park hye jin , Pearson Sound, and Pional.