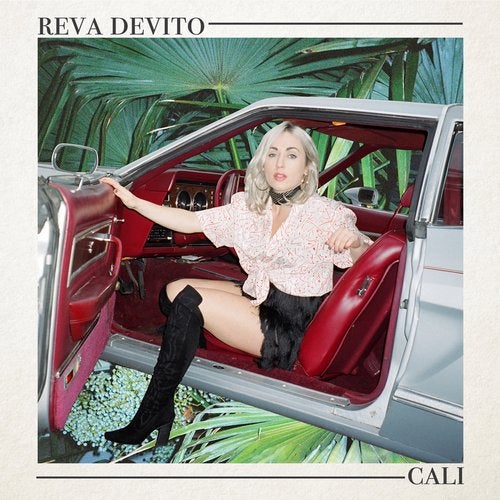 “If this doesn’t sound like summer, then I don’t know what does. “Cali” is the perfect cap to summer 2019.”
-EARMILK

Having already made her mark as one of today’s most sought after vocalists, Portland-based singer / songwriter Reva Devito boasts an enviable resume with features on some of the most recognizable tracks of Kaytranada, Chuck Inglish, and B.Bravo. Currently a featured vocalist for Miami Horror, Devito has also made a mark with her solo-artist releases, namely her last EP ‘The Move‘ that has garnered over eight-million plays on Spotify alone.

Devito is now preparing to step back into the spotlight with her debut album slated for release early next year on Ultra Records. Before that, we’re getting a little something to tide us over with new single “Cali,” out today.  A balmy R&B ode to the west coast, the track was produced by past collaborator Young Franco. Described as having a “soulful backbone,” “‘Cali’ felt natural,” explains Devito. “I started writing about being in the city. That feeling of being in traffic for so long, you watch the sun go down, and the sky change colors behind the palm trees. You’re not bothered though, because you have someone special with you. This song is an ode to those long west coast drives down the i5 that get you to the bag, and hopefully that person is coming with you.”

Stay tuned for additional announcements to come from Reva Devito later this year, and pick up “Cali” out today on Ultra.