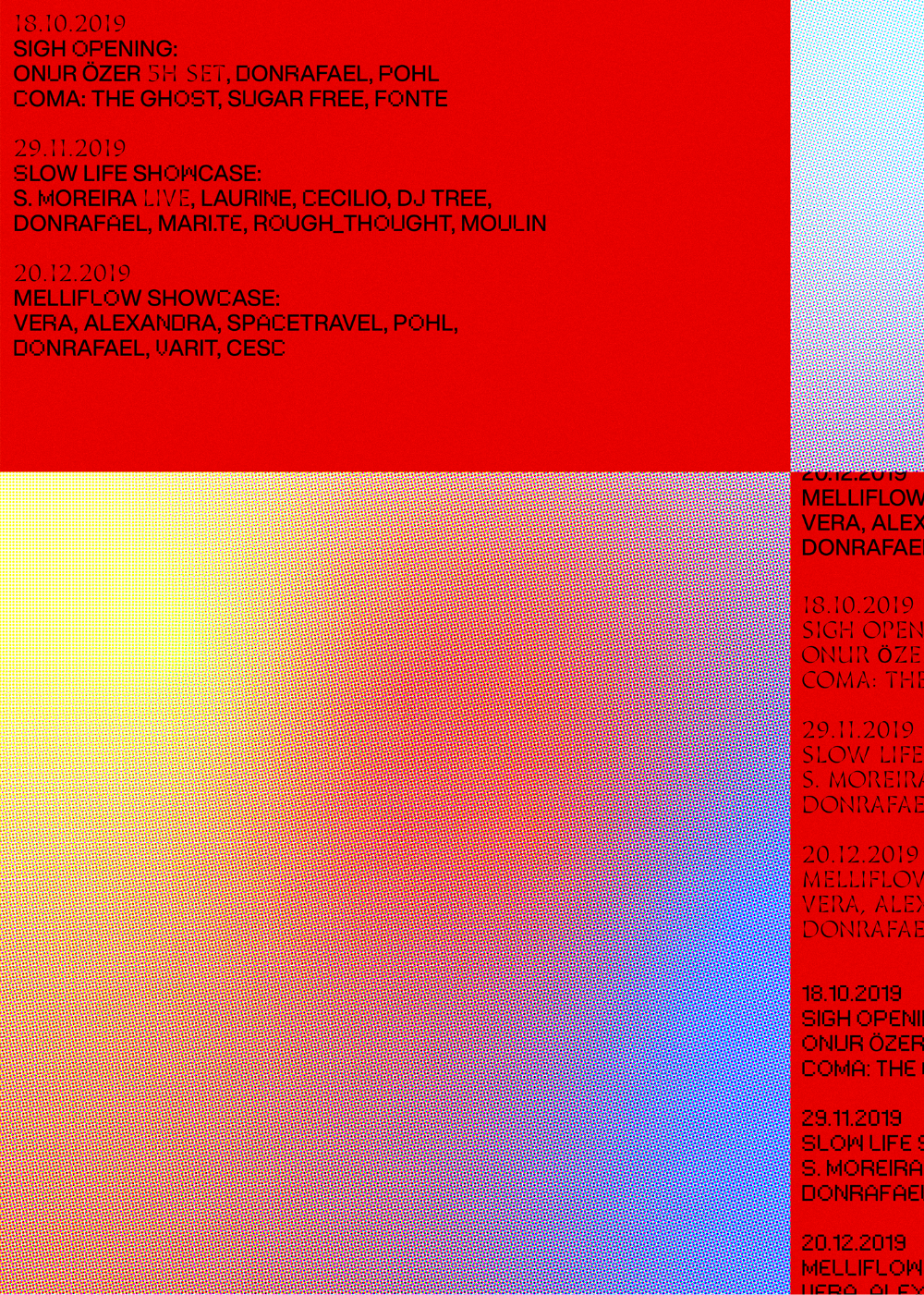 Sigh Club kicks off its third year with huge news for the coming season, including a new location in which it will hold its monthly parties for extended hours, the creation of a member’s club with exclusive advantages and the presentation of important showcases from both the national and international electronic scene. Hold on tight because curves are coming.

A new location for a new season

October is the month chosen by the Madrid club Sigh to begin their third season that they promise will be full of surprises and great local and international artists. The first of these celebrated novelties will be the presentation of a new location, with two rooms that will both open at the same time, something that both the public and the artists demanded throughout the past season, and that the club is excited to be able to offer again.

This way, the new parties during the Sigh Club season will be held on a monthly basis, each of them lasting for more than 10 hours, and with at least three international artists, always accompanied by the best selectors from the local scene. The sound of this new location will definitely live up to the expectations generated and will let everyone on the dance floor appreciate the enveloping nuances of the tracks that the artists at Sigh Club select.

Another of the novelties of the season will be the creation of an exclusive club called SIGH CLUB EXPLORER, created to communicate with members, where they’ll be informed about private locations where Sigh parties will be held throughout the season. Members will be contacted directly to keep them up to date on all the events that they can be involved in throughout this season, both the big events and the more intimate ones, exclusively for members.

SIGH CLUB EXPLORER members will receive interesting advantages such as the purchase of tickets without commission, discounts on party drinks, access to events for members only, exclusive merchandising and a physical membership card with which they can access all of these services. You can join the member’s club by clicking this link.

October 18th will be the inauguration of Sigh Club’s new season that includes two main courses: on one hand a 5-hour set by Önur Ozer. The Turkish artist will again visit Madrid to perform an extended set that is expected to be unforgettable. On the other hand, the Coma showcase, a project led by Sugar Free and Fonte, which will bring The Ghost to Madrid for the first time, a Berlin duo famous for being made up by two of the most famous selectors in the German capital. In addition to its showcases and performances throughout Europe, the duo own a traveling vinyl shop in a van that travels throughout Berlin. Alongside these artists will be two local artists that are Sigh regulars: donrafael and Pohl.

At the end of November, on Friday 29th, Sigh Club will present in Madrid one of the most interesting showcases of the current European scene, which will be making its debut in the capital city: Slow Life. Although some of its components have already performed in Madrid, it will be the first time that all members of the Slow Life crew are present: Cecilio, Laurine, S. Moreira live and DJ Tree. The local scene will be represented with Mari.te, Moulin y Rough_Thought.

At the end of the year, on December 20th, another top international showcase will land in Sigh’s DJ booth ready to make a lot of noise: Melliflow. The label commanded by Vera and Alexandra will perform their first showcase in Madrid, in which they will be accompanied by one of the best producers in the European minimal scene, with exciting references on Melliflow and on labels such as Perlon: Spacetravel. The local scene will be represented this time with Donrafael, Pohl, Varit y Cest.