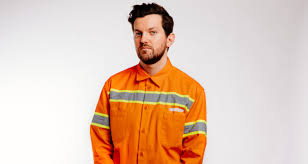 Platinum-selling artist, DJ and producer Dillon Francis today releases Magic Is Real, Pt. 1, the first half of his hotly anticipated new mixtape Magic Is Real, out in full on November 15th via Dillon’s own IDGAFOS imprint and Mad Decent.

Stay tuned for more new music, videos, and to-be-announced features from Magic Is Real, out in full on November 15th via Dillon Francis’ own IDGAFOS imprint and Mad Decent.

Magic Is Real follows Dillon Francis’ monumental 2018 that saw the release of his second album WUT WUT, a Spanish-language album that marked the return of Francis to his Moombahton roots, featuring some of the biggest names in Latin music including De La Ghetto, Arcangel, Fuego, Residente, and many more. The album went on to earn Francis a Latin American Music Award nomination and Latin GRAMMY nomination for the song “Sexo” with Puerto Rican superstars Residente and iLe. “White Boi” (feat. Lao Ra) was met with much excitement and immediately debuted in the Top 40 at Mexico’s Spanish Pop radio upon its release.

Dillon Francis has achieved a string of smashes, including the #1 Dance Radio Airplay hit “Anywhere” [feat. Will Heard], “Candy” [feat. Snappy Jit], #1 Billboard Dance Club Songs chart-topper “Coming Over” with Kygo [feat. James Hersey], and the RIAA platinum-certified “Get Low” with DJ Snake — which surpassed 500 million worldwide streams. Francis initially made history in 2012 as “the first moombahton artist to achieve the number-one spot on Beatport” with the Something, Something Awesome EP. In 2014, his major label debut album, Money Sucks, Friends Rule [Mad Decent/Columbia Records], landed on Rolling Stone’s “Top Electronic Albums of 2014” list and boasted a myriad of diverse collaborators such as Twista, Brendon Urie of Panic! At the Disco, Major Lazer, and more. His 2015 follow-up This Mixtape Is Fire EP bowed at #1 on Billboard’s Top Dance/Electronic Albums Chart. Following WUT WUT, in early 2019 Francis hit the road on a co-headlining tour alongside Alison Wonderland with sold out shows across the US, a massive performance at Coachella 2019, where he first treated fans to a sneak preview of music from Magic Is Real, and has since been nonstop performing Vegas in his fourth consecutive year of his residency at the Wynn Las Vegas.

In addition to his music, Dillon Francis also recently released a 7-episode comedy series ‘Like and Subscribe’ available exclusively on Funny or Die and Amazon Video. The show follows Skyy Goldwynne (Dillon Francis), Hollywood’s biggest manager who locks 4 of his influencer clients in a house with a camera crew.

Francis consistently engages a social media following of over 2 million on Instagram, 1.5 million on Facebook, and over 1 million on Twitter with a string of hilarious content. Moreover, his music has lit up Furious 7, Entourage, Neighbors, Zoolander 2, and more. For tour dates, love letters and more information visit www.dillonfrancis.com.