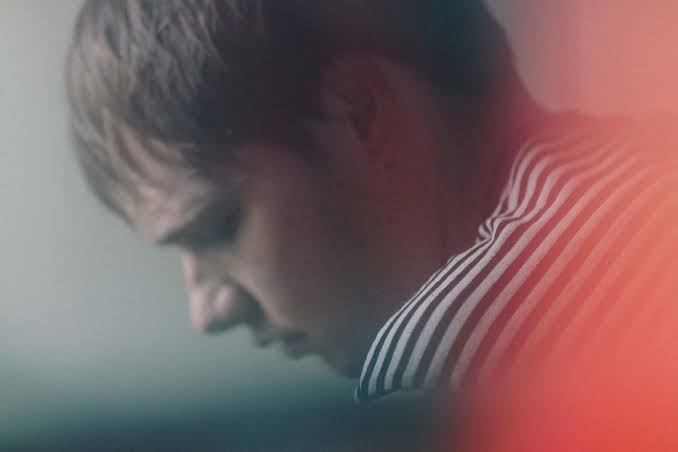 “Some nights I shiver and shake” sings The Lost Hours on  a track taken from the latest EP.

He says: “‘Lonely Love’ is a bittersweet cocktail of emotions. Moving from the introverted intro and verses, into a bubblegum call and response chorus. It is the culmination of months of personal lyrical writing and reflection met with raw nervous performances. I wrote it in a rehearsal room the size of a glorified wardrobe in Old Street. I played the song to my manager Bnann the same day. “Where’s the chorus” he exclaimed. I jokingly bet him that by the time he returned I’d have a chorus and what do you know!”

Born and raised in Leeds, Hamilton discovered  his Dad’s old  record player  and  vinyl collection and got completely  mesmerised by the likes of Joni Mitchell, John Martyn and Nick Drake . In 2017 Callum moved to London, where he cut his teeth in the music scene by gigging every night after challenging himself to play seven  straight nights a week for a  whole year which he achieved with his gig tally actually reaching 366 as he played twice in one night at an unassuming working mens clubs in the east end where he was discovered by Former Infadels Frontman Bnann.

He started  receiving radio coverage from the BBC Introducing, as well as being voted one of Britain’s best Young songwriters and in 2018 he signed to independent label High Tribe Records. His forthcoming debut EP has already gained some major contributors with cello on the song ‘River Run’  being played by Ivor novello winning songwriter Dan Caplen who also played cello on both platinum selling George Ezra albums and the whole EP has been mixed by Ruadhri Cushan who’s recent credits include Mumford and Sons, Gregory Porter and James Bay to name a few.

“The Lost Hours are the small hours, where you spend your time wondering how lonely a prospect it is being a celestial object , and where my  obsession of  trying to   mix  John Martyn style acoustic riffs with  Radiohead’s ‘In Rainbows’ era style production whilst channelling  the infectious nerving bubble gum melodies of Talking heads takes place “ exclaims Hamilton.

This EP contrasts love and hate emotions, deep woozy twisted soulful acoustic grooves built to hypnotise you and the stark stripped down Nebraska style rawness heard on the track ‘Miss America’ which is a brutal and haunting commentary on the recent U.S school shooting’s which was recorded live in one take.

The Lost hours are something we all have had  and  now they have a soundtrack.