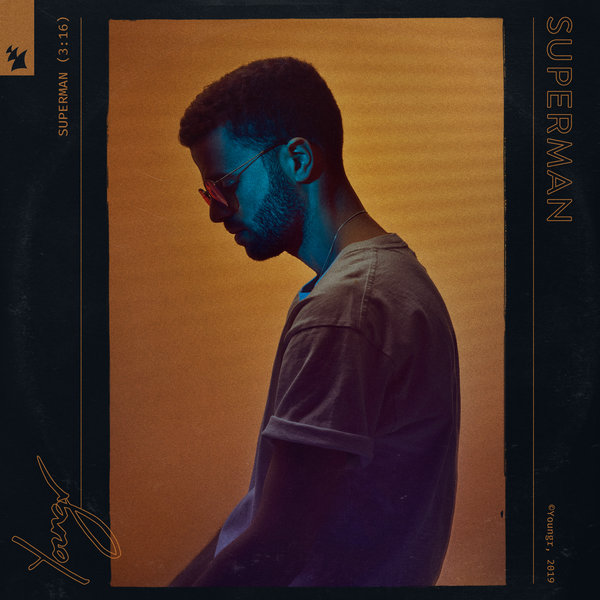 AMSTERDAM, October 4, 2019 – The meteoric rise to stardom of Youngr intensifies as the multi-instrumentalist talent offers up another outstanding single to Armada Music. A tune dedicated to “all the people out there that always seem to be fucking up, but are only trying their best”, ‘Superman’ rises to the occasion and offers hope to electronic music lovers across the globe.

Effortlessly taking flight on light vocals and soft chords, Youngr’s brand-new single on Armada Music is the upbeat spark of hope that arrives when listeners need it the most. Armed with empowering lyrics, noble intentions and charged synths, ‘Superman’ is all that is good in dance music today.

Youngr: “’Superman’ was written at the beginning of the year. I’d recently been listening to a lot of Radiohead and Jon Hopkins, and although the song sounds nothing like either of those artists, they were a big inspiration behind the chords, the warmth and the use of drone noises and pedal notes, creating an otherworldly sort of texture. I wrote the song with the fabulous Dan McDougall and we really wanted to write a tune about simply trying your best in a relationship. Earlier that morning, I had gotten in a spot of trouble ‘cause I left the house without doing the dishes (again), even though I had every intention of doing them. I found myself halfway to the studio humming ideas for a new tune when I realized… FUCK! So this tune is for all the people out there that always seem to be fucking up, but are only trying their best”

Since breaking through with self-released debut single ‘Out Of My System’, Youngr has racked up over 100 million streams, all the while playing over 160 shows in 45 countries, including sold-out tours across Europe and North America. The multi-talented musician made a name for himself with his unique performance style and one-take live videos of dancefloor friendly bootlegs, with his bootleg of The Temper Trap’s ‘Sweet Disposition’ going viral and racking up over 15 million views in its first two weeks. Since previous single ‘Nightcrawling’, Youngr is part of Armada Music, and rapidly turning into a household name.