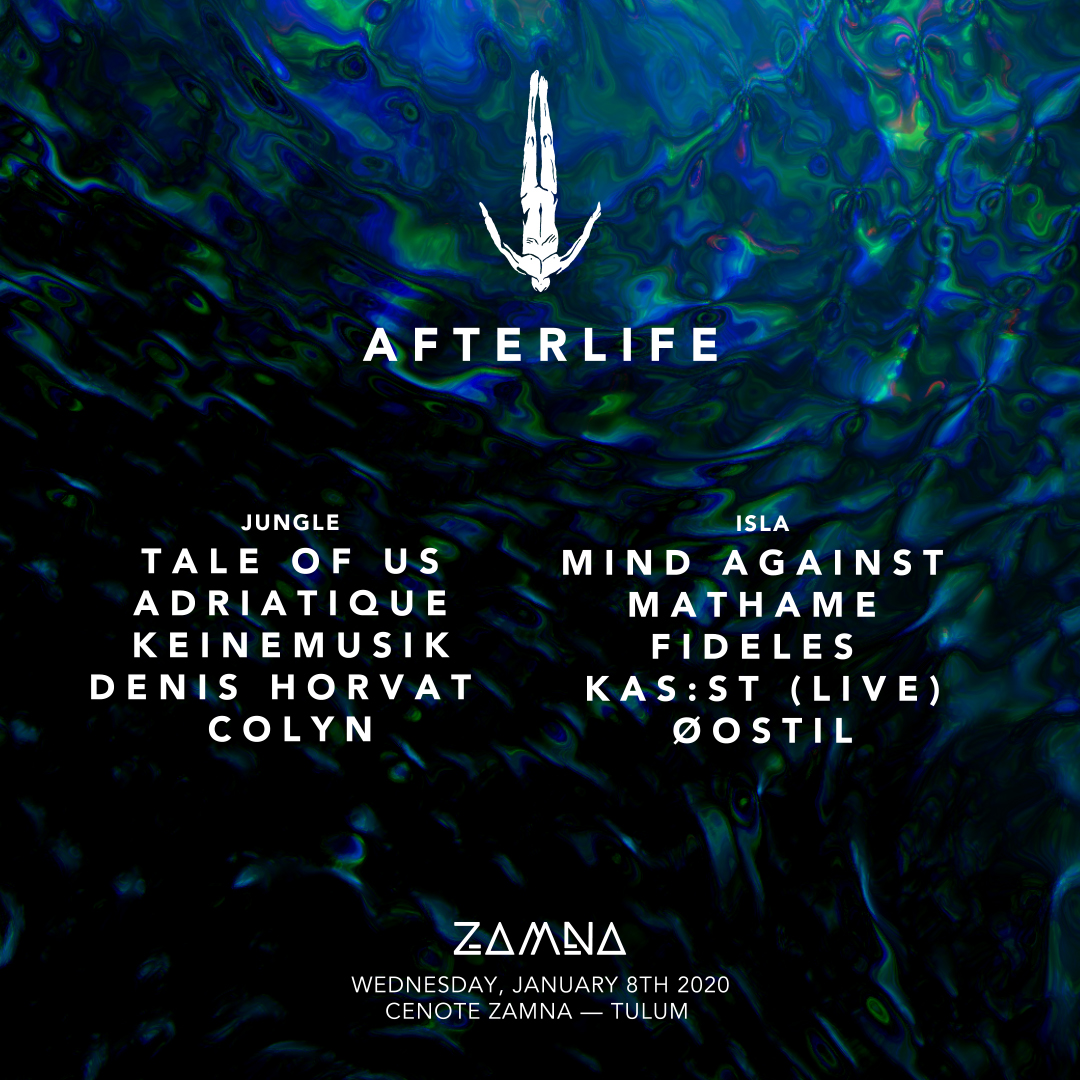 ◈ Adriatique, Keinemusik, Denis Horvat, Colyn, Mind Against, Mathame, Fideles, Kas:st and Øostil’s are Tale Of Us’ stellar selection for this special event.

◈ Afterlife will take place on Wednesday 8th of January as the festival’s closing.

It has been already announced that Zamna Tulum will host Afterlife on Wednesday the 8th of January, which will be its return  to the impressive complex for the fourth year in a row after the great success that its three previous events had. The brand created by the duo Tale Of Us is living one of the best moments of its vast career as shown by its presence at some of the biggest main international festivals and clubs in the world.

Spread over two stages at the magical, open-air Zamna Cenote, Afterlife will transform the lush surroundings for an experience like no other.

On the Jungle Stage, the latest signing to Afterlife Recordings, Colyn, will open proceedings with his uplifting style and handover to another label favourite Denis Horvat. Keinemusik, the revered trio of &ME, Rampa and Adam Port will join us for the first time, alongside Swiss duo Adriatique. Tale Of Us will close with a set tailored for those special morning hours in Tulum.

On the Isla Stage, local artists Øostil set the tone for a live set from Kas:st, Mathame’s uniquely-affecting sound, an ethereal trip from Mind Against and Fideles’ first closing at Afterlife. A journey through sound awaits, brought to life by the Afterlife production and extraordinary venue.