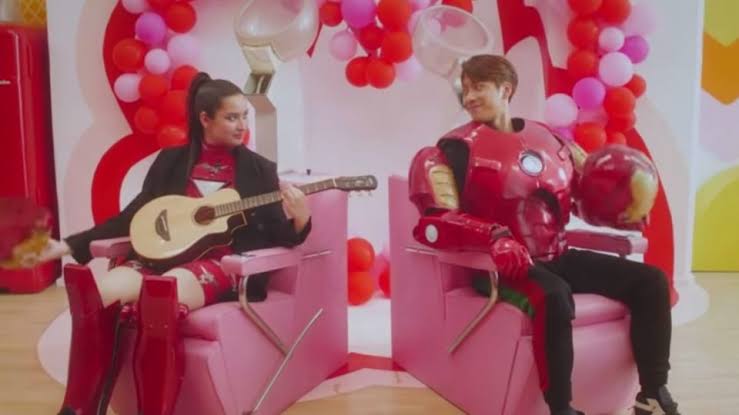 Praise for 88rising/Head in the Clouds:

“88rising has pushed Joji, Rich Brian and other Asian hip-hop artists to the top of U.S. music charts, and it’s just getting started.” – Rolling Stone

“…an authority on how to create pop-culture crossovers.” – The New Yorker

“88rising is one of the only true, new age rap collectives looking to challenge BROCKHAMPTON for its spot.” – Highsnobiety

“88rising have been building something special over the last couple years with an eclectic range of talented young artists and a unique hybrid business model.”  – Complex

“…as sleek as one would expect from a collaboration between four stars making their way into the upper echelons of pop.” – The FADER

Stephanie Poetri releases new music video for the remix of her viral hit, “I Love You 3000 II” featuring K-Pop superstar Jackson Wang. A campy take on public access talk shows, late night infomercials, cooking programs, and karaoke, the new “I Love You 3000 II” video features Poetri and Wang engaged in all sorts of wholesome entertainment. All of the internet’s favorite things (popstars, pastels, dogs) appear in the new video, which still retains the easygoing, modest qualities of the original visuals. Poetri’s light and unaffected vocals find a worthy partner in Wang, whose warm, assured voice perfectly captures the “Iron Man” she’s been searching for.

The duet is a remix of Stephanie Poetri’s original “I Love You 3000” and references Tony Stark’s indelible line in the blockbuster movie Avengers: Endgame. The original “I Love You 3000” was a viral phenomenon, amassing over 150M+ streams since its June release, topping Spotify’s Global Viral 50 for 4 weeks, and inspiring countless covers and fan videos across the internet.

The new video comes just after the release of Head In The Clouds II, released on Friday via 88rising exclusively distributed by 12Tone Music. Since its release, the album has already accumulated over 50 million streams and garnered high praise from Billboard, Genius, The FADER and more.

Listen to Head In The Clouds II now: https://88rising.lnk.to/HITCII 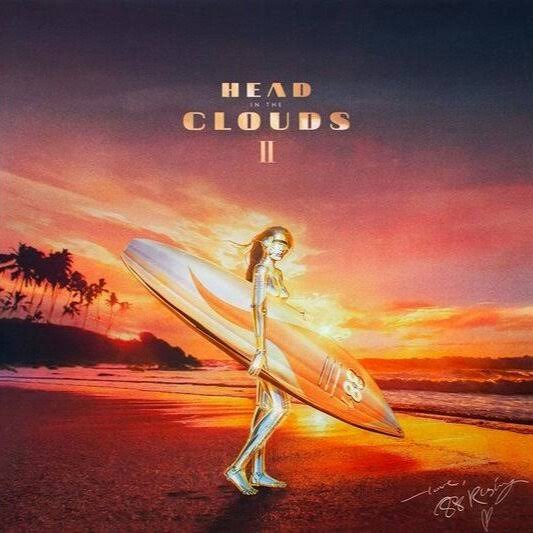 88rising – Head In The Clouds II

3. 88rising, Joji, GENERATIONS from EXILE TRIBE – Need Is Your Love

A natural-born storyteller, Stephanie Poetri is a 19 year-old singer and songwriter from Jakarta, Indonesia. Growing up within a family full of creatives, her mother is an acclaimed Indonesian singer; her father a music teacher, it’s not a surprise that Stephanie has chosen to pursue her passion in music. Stephanie prides herself in transforming stories from movies, friends, and experiences into charming lyrics that transcend age demographics and geographical limitations. Stephanie’s original version of “I Love You 3000” was a viral phenomenon, amassing over 150M+ streams since its June release, topping Spotify’s Global Viral 50 for 4 weeks, and inspiring countless covers and fan videos across the internet

Jackson Wang is a Chinese singer and dancer and also currently the lead member of phenomenon K-pop group GOT7 based in South Korea. Jackson is also known for his TV appearances and as the face of Fendi, Alibaba, and adidas in China. The multi-faceted Jackson continuously produces pop hits – his debut solo release, “Papillon”, ranked #1 in QQ Music and topped Billboard’s China V Chart. Within 24 hours of its MV release, “Papillon” landed Jackson on the “Weibo Hot Topic List” with more than 59 million discussions and 27 million views on Weibo in 2 days. “Fendiman” and “Different Game” written, composed, and arranged by Jackson, both immediately topped the iTunes US charts and his most recent single, “BULLET TO THE HEART” from his upcoming album ‘MIRRORS’ has reached over 10 million streams on YouTube.

By now, if you’re in tune with culture, you know about 88rising. Revered by the likes of CNN, Forbes, Bloomberg, The New Yorker, Billboard, Pitchfork and Los Angeles Times, 88rising is at the forefront of catapulting Asian culture into new dimensions. Refusing to be confined within a single vessel, 88rising has exceptionally executed any and all ideas, while breaking new ground along the way. Best known as the team behind Internet-breaking sensations, including Joji, Rich Brian, Higher Brothers and Keith Ape, 88rising have quickly escalated to selling out world tours, hosting festivals and working with today’s biggest stars. “88rising is distinguished by its idiosyncratic tone and it’s up-to-the-nanosecond appreciation of hip-hop’s youthful, Internet-driven trends,” The New Yorker said, in their 8-page long feature on the company. Furthermore, it’s highlighted that in just three years, “88rising has become an authority on how to create Asian and American pop-culture crossovers.” With over 3.3M subscribers and 1 billion views on their YouTube channel, 88rising’s influence is undeniable. But with their first crew album, Head in the Clouds, released last summer, their full 17-date North American tour and 2nd annual Head in the Clouds music festival in the books, and now their first major fashion collaboration, GUE88 Head In The Clouds, selling out in minutes, 88rising is determined to make a difference now more than ever, not just for the culture, but primarily for the international Asian community.

88rising/Head In The Clouds II assets are available HERE.