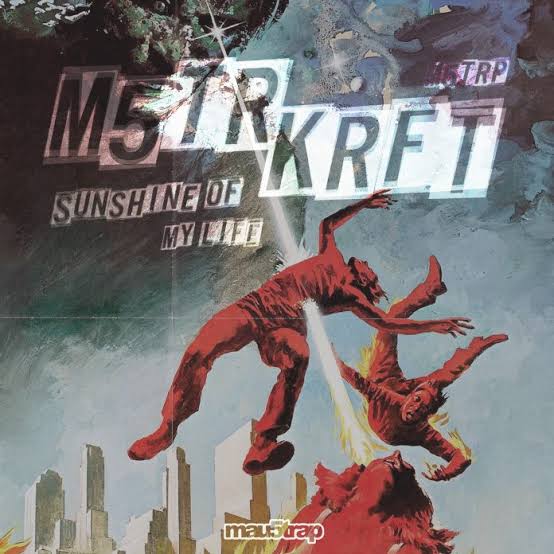 Today (October 18), electronic music producers MSTRKRFT (Jesse F. Keeler and Al-P) have released a brand-new EP titled Sunshine Of My Life on deadmau5’ mau5trap imprint.
Expect the MSTRKRFT treatment meant for big rooms & colossal dancefloors for the very first time MSTRKRFT and mau5trap are releasing music together.  On it are four raw techno tracks including “OHYEA,” “Fitnfinish” and “Ear” and previously released earlier this month “Let Me See You Move.”
Listen to Sunshine of My Life now HERE
To support the incoming music, MSTRKRFT will join deadmau5 on several of his upcoming cubev3 tour dates in Orlando, Houston, Washington D.C., Seattle, Boston and New York City as well as headline their own shows in Los Angeles, Toronto and Portland with more dates to be added.  All dates follow here:
*indicates deadmau5 cubev3 show.
About MSTRKRFT:
MSTRKRFT (pronounced “master kraft”) are the alter ego of Death from Above 1979’s Jesse F. Keeler along with producer Al-P. Hailing from Toronto, the duo makes a move from DFA 1979’s abrasive rock to robotic electronic complete with vocoders and handclaps. In addition to releasing two singles (“Easy Love” and “Work on You”) and an LP in July 2006 on Last Gang Records, MSTRKRFT have remixed several buzz bands such as Metric, Wolfmother, the Kills, and Bloc Party. As their profile grew (and their album was re-released by Modular) they also began remixing bigger names like Kylie Minogue, Usher, and John Legend, as well as more pop-leaning artists like Annie and Jesse McCartney. For their second album, 2009’s Fist of God, the duo jumped to Dim Mak/Downtown and scored guest appearances from Ghostface Killah and E-40. The album spawned two hits with John Legend (“Heartbreaker”) and N.O.R.E. (“Bounce”).  A DFA reunion would keep Keeler busy in the years between MSTRKRFT releases, and the duo would not reappear until 2016 when they released their third effort Operator.  The duo currently have a stripped down pure techno sound and are busy releasing new singles on their own new imprint, Oro Records.
Follow MSTRKRFT
www.mstrkrft.com
www.twitter.com/mstrkft
www.instagram.com/mstrkrft
www.facebook.com/mstrkrft
www.mau5trap.com
Advertising