“They sound festival-sized, delivering uplifting anthems that would fit as comfortably on the radio as around the campfire.”

Bristol-based Norwegian/ Welsh duo Firewoodisland have shared the video to accompany their single ‘Hollow Coves’ Firewoodisland have seen support from the likes of Atwood Magazine, Earmilk, The 405, Q Magazine, Clash Mag, Noctis Mag, and XSNoise as well as radio support from BBC Radio 6’s Radcliffe & Maconie and Tom Robinson, BBC Radio’s Introducing In The West, BBC Radio Devon’s The Sunday Request Show, Introducing Music From Stoke and Norway’s NRK P3. Their track ‘Storm’ was added to Spotify’s Most Beautiful Songs in the World playlist, Lush and Atmospheric, and  Lost in the Woods playlist, and has racked up over half a million Spotify plays since March, shooting their total plays up to over 5.3 million, and seeing ‘One With The Mountain’ added to Norway’s New Music Fridays playlist. They boast features on popular Youtube channels such as Get The Sound, Wave of Good Noise, Alex Rain Bird Music, La Belle Musique, Indie Folk Central,  and BalconyTV. 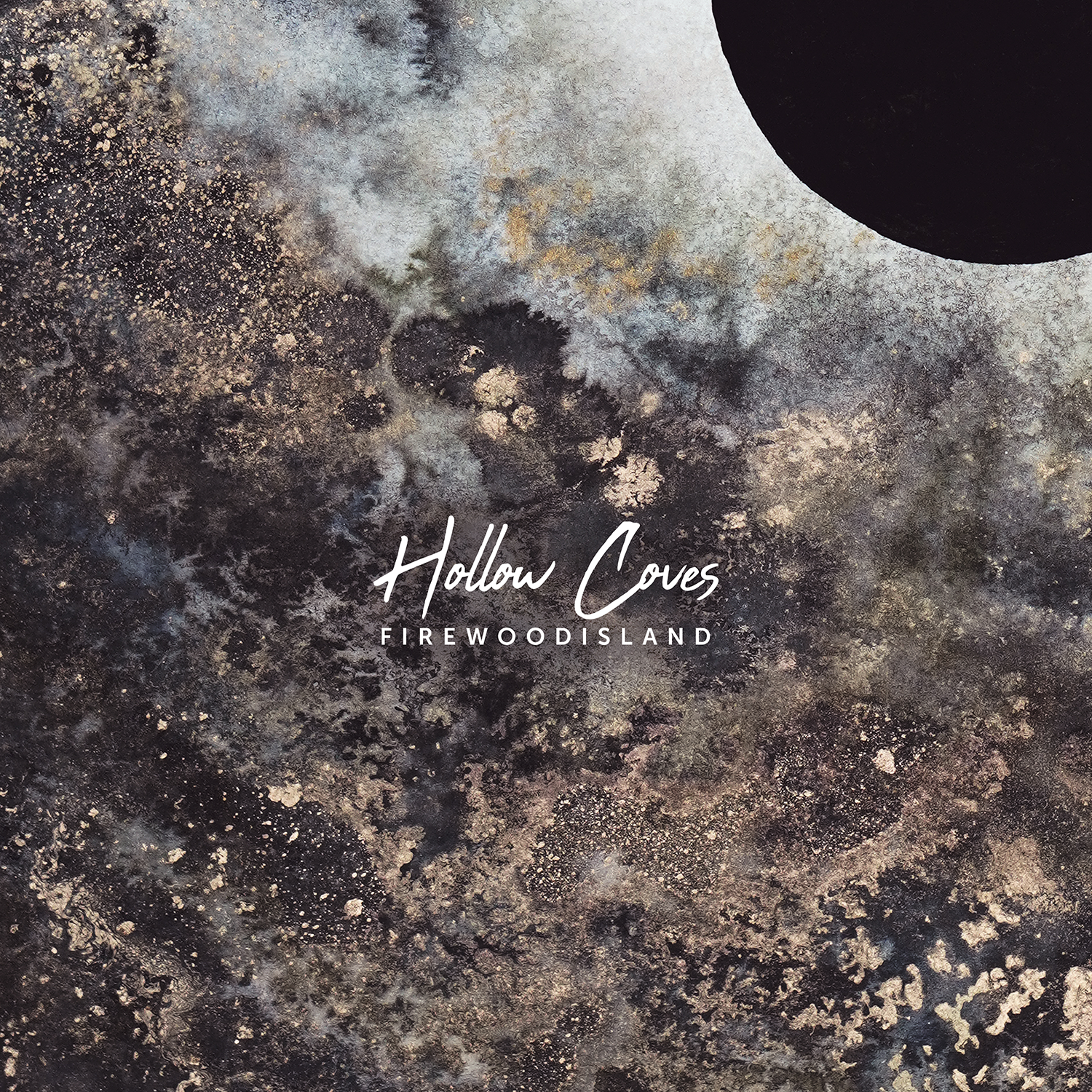 Earlier this month they played Klubbdagen at Øya Festival, and have already played five Sofar Sounds Sessions. They have performed at festivals like Between The Trees, Farmfest, Oxjam Cardiff Takeover, Vikedal Roots Music Festival and at BBC’s Introducing stage at Latitude Festival and headlined Richer Unsigned’s lunchtime showcase to an exclusive audience of music industry professionals. Their music featured on TV shows such as Saving Hope’s promo advert, several Teen Mom and Unge Lovende episodes, and their single ‘Soldier’ was featured on Netflix’s ‘Shadow Hunters’.

Firewoodisland is Stian Vedøy and Abi Eleri. Stian grew up on Karmøy, a west-coast island in Norway, and studied music production at University. The name Firewoodisland is a direct translation of his surname, and although the project started out as a solo-mission, Stian met Abi in Cardiff where she was studying illustration. The two soon paired up to form the band, where Abi took over artwork duties, showcasing her mesmerising illustrations. The duo went on to become finalists in Norway’s Bandwagon Battle of the Bands which allowed them to release their debut EP, ILD, in 2014, followed by several singles, second EP Dome in 2016 and their debut album Chaos Is The State Of The Heart in 2018.

Inspired by the likes of Bon Iver, Of Monsters and Men, and Oh Wonder, however, Firewoodisland maintain their own idiosyncratic sound. Labelling it ‘mountain pop’ they combine the catchiness of pop with the sensibilities of indie. Elements of Firewoodisland draw parallels to characteristics of Aquilo or James Blake, while at the same time the duo’s soundscape remains distinctive as a perfect blend of organic and digital constituents.

The video (shot on location at Abi’s art studio in Bristol, as well as a viewpoint overlooking Llandanwg Beach and Rhaeadr Nantcol Waterfalls, North Wales) is centred around themes of overcoming loss, letting go and moving forward. Our protagonist, played by Helena Satterthwaite struggles as she moves through cycles of grief, the video following her cathartic journey. Firewoodisland’s enchanting track combined with their clever use of visual metaphor, brings sound and cinematography together beautifully, making for an absolutely engaging filmic experience.

Stian and Abi give some insight into the video. “The video is an exploration of overcoming. We’ve all experienced seasons where you feel stuck in a cycle of pain, grief or just a bad situation. This is the story of that journey from hollow coves to wholeness and confidence.” They go on to explain the origins of the track.”‘Hollow Coves’ is about reaching the point of having nothing left to give and meeting someone with a fresh perspective who breathes new life into those empty places. It acts as a reminder that we’re not made to do life by ourselves.”