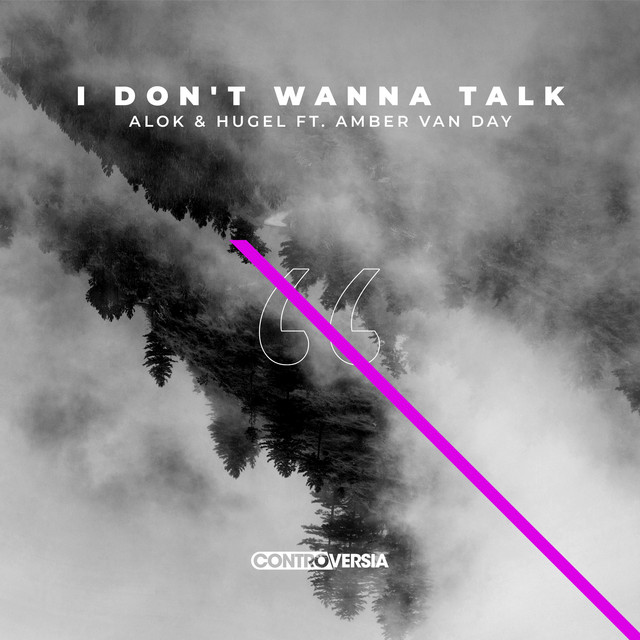 “‘I Don’t Wanna Talk’ is the first song that Amber and I wrote on the day we met for the first time two years ago. Her voice on this track has a magical oriental melody that’s hypnotizing. It’s really sexy,” Hugel explains. “In March 2019, Alok contacted us while I was at Miami Music Week and wanted to work on the beat. He produced a cool version of the song and we decided to collaborate. Here we are: 3 artists, 3 nations – Brazil, France, and England.”

Moving up two spots to #11 on this year’s DJ Mag Top 100 list, Alok officially holds the highest position ever achieved by a Brazilian artist. ‘I Don’t Wanna Talk’ follows a string of releases for the powerhouse DJ, including an official remix of the Pink Floyd classic ‘The Wall’ and his rework of ‘Tell Me Why’, the Supermode track of the same name that samples Bronski Beat’s iconic 80s hit. Most recently, he partnered with his twin brother Bhaskar on the powerful electronic-pop track ‘Killed By The City’, marking their first collaboration in three years following their 2016 hit ‘Fuego’ (100+ million Spotify streams).

Marseille-born Hugel is best known for ‘I Believe I’m Fine’, the Gold-certified collaboration with German DJ and producer Robin Schulz. Similarly successful was last year’s remix of the El Profesor track ‘Bella Ciao’, a viral sensation that has clocked up a massive 101 million streams on YouTube alone. Hugel has also worked with some of the industry’s biggest names including Post Malone, J. Balvin, David Guetta, and Charlie Puth, and performed at the likes of Tomorrowland, Mysteryland, Lollapalooza, and Parookaville.

Growing up in Brighton, UK, Amber Van Day previously linked up with Hugel on their collaborative hit ‘WTF’. She is also working on her solo project, set to be released in 2020,  which tackles themes of self-discovery and self-critique. “Writing is my own form of therapy, I write for a sense of relief as it allows me to truly understand how I feel and the depths in which I feel it,” Van Day states.

Expertly straddling the worlds of dance music and pop, ‘I Don’t Wanna Talk’ is poised to become yet another massively successful Alok production.