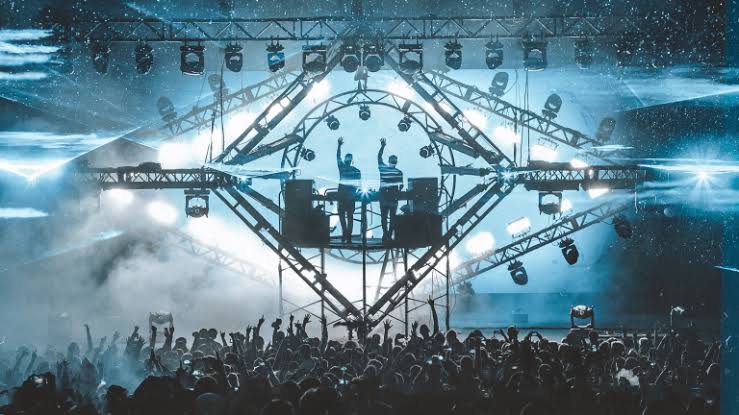 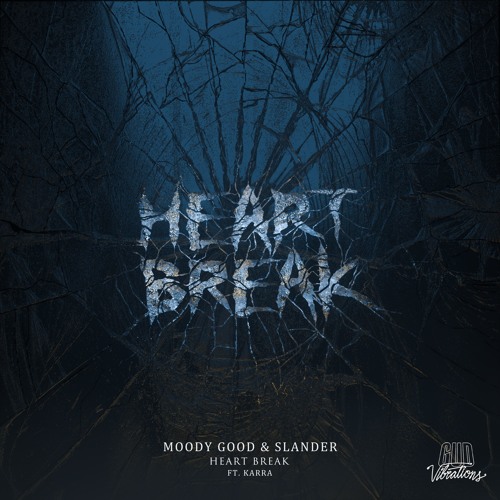 Listen now at: smarturl.it/gv017
Formerly one half of UK bass duo, 16bit, Eddie Jefferys now assumes the moniker Moody Good as his solo project, through which he crafts woozy, bass-heavy soundscapes that touch on a variety of genres, including ragged-edge dubstep and grime, two-step and left-field hip-hop. His often aggressive and ground-breaking approach to bass-heavy music has been turning heads since the creation of the Moody Good project.  “Heart Break” with SLANDER brings these precision guided producers together for an engaging track.
Alongside the release of “Heart Break,” SLANDER have announced they will return to New York City in 2020.  On Friday, January 17 they will headline The Great Hall at Avant Gardner in Brooklyn. Tickets go on sale tomorrow, November 6 at XXX  with pre-sale tickets available from xxxxx today with the password ????.
Earlier this year, near the end of their Headbangers Ball Tour, SLANDER unveiled their new stage production “THE EYE” at their two back to back sold out nights at the Hollywood Palladium.  The NYC engagement follows the announcement of their Los Angeles shows at the Shrine Expo Hall January 31 (SOLD OUT) and February 1 where for the first time they will be joined by vocalist Dylan Matthew who is featured on numerous fan favorites like “Love Is Gone,” “Without You” (with KAYZO) and “Hate Being Alone.”  Most recently SLANDER teamed up with six hot artists– Kompany, Spag Heddy, Current Value, ALRT, Danny Olson & Crystal Skies—for the Love is Gone (The Remixes) remix pack, out now on Gud Vibrations here: smarturl.it/gv016
SLANDER’s THE EYE shows in Los Angeles and NYC follow ‘The Alchemy Tour’ which they co-headlined with NGHTMRE, Seven Lions and The Glitchmob, cementing them as one of the top live draws in North America right now.  In August, they smashed records fronting the largest attended single stage bass music event in the history of electronic music in America with the tour’s launch at Marina Green in Long Beach, CA and again this past weekend in Northern California breaking Mountainview Amphitheatre’s record for their first ever official sold -out electronic music event.
SLANDER’s dedication to their craft and the development of their own unique sound has earned them support from the likes of Skrillex, DJ Snake, Excision, Bassnectar, Porter Robinson and more. Amongst dozens of chart-topping remixes, their original Heaven Trap hit “Love Again” featuring vocalist WAVZ has been listened to over 10 million times while being championed by Diplo’s Mad Decent imprint.
Other notable releases from SLANDER include:
Beyond building a mint name for themselves through jaw-dropping original productions and massive collaborations, SLANDER also include “label heads” to their resume. The LA-based helm the popular Gud Vibrations brand and record label with good friend NGHTMRE, ensuring their legions of fans that their famous GUD VIBES are only getting started. Based on their Mad Decent released single “Gud Vibrations”, best friends NGHTMRE and SLANDER decided to build their brand together, supporting good music, good friendships, and good vibes. Their GV brand has seen exponential growth with a world-wide audience.
Follow SLANDER at:
www.slanderofficial.com
https://twitter.com/SlanderOfficial
https://instagram.com/SlanderOfficial
https://www.facebook.com/slanderofficial/
https://soundcloud.com/slanderofficial
Advertising