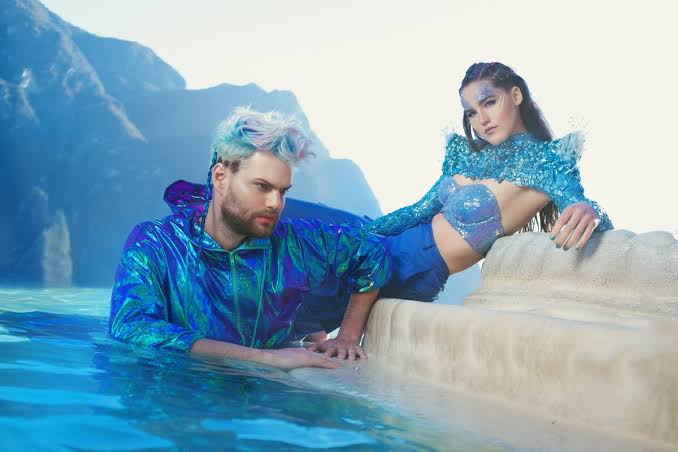 AMSTERDAM, November 8, 2019 – SOFI TUKKER have shared their remix of Laurent Wolf’s dancefloor classic ‘No Stress’ featuring Eric Carter, released on Armada Music. The group’s version infuses urgency into the track, letting the impassioned vocal be the focus at times and simmering a dark groove until it explodes with distorted synths and the chill-inducing hook.

The French producer’s original was an international hit in 2008 and had a formative impact on Tucker Halpern, one half of SOFI TUKKER. “When I first fell in love with dance music and started to learn how to DJ, I remember the first-ever playlist I made and ‘No Stress’ was on it. I remember being so excited to play it in my first-ever set, and it went OFF. Right when the piano chords started, the room erupted; it is one of those moments that I can recall exactly, the room and the faces of my classmates singing every word! This song had a major impact on my love for DJing and the power of dance music. I actually went home and made my first bootleg remix of the song in my dorm room, and the next night it was the first semi-original thing I ever tested out in front of people. When the opportunity arose to officially remix it this year, I was beyond hyped. It was really fun to make because I love the original so much. We didn’t want to take out too much, but we wanted to make it really hit and be able to play it in any sort of set. We’re so happy with how this turned out, and haven’t played a set in the last few months without it. It is a highlight every single time.”

SOFI TUKKER just wrapped up the U.S. leg of their R.I.P Shame World Tour with a rapturous, sold-out show at NYC’s Avant Gardner to celebrate the release of their new EP, ‘Dancing On The People’. The EP is a collection of songs in English, Portuguese, and Spanish that expand SOFI TUKKER’s global and inclusive vision of dance music with songs full of adventurous ideas and joy. The EP is the follow-up to their Grammy-nominated debut album Treehouse and features the singles ‘Fantasy’, ‘Swing’, ‘Playa Grande’, and their current hit ‘Purple Hat’. ‘Swing’ is featured in HBO’s 2020 Coming Soon promos (which just began airing) and is also featured along with ‘Playa Grande’ on the soundtrack of Electonic Arts’ Need for Speed videogame, which is out today. ‘Purple Hat’ soundtracks the new Samsung Galaxy commercials and just hit #45 on Billboard’s Hot Dance/Electronic Chart, #13 on Billboard’s Dance/Electronic Digital Sales, and is #4 on Sirius XM’s Alt Nation Alt-18 countdown.

SOFI TUKKER is the genre-defying duo of Sophie Hawley-Weld and Tucker Halpern celebrated for their inclusive and global perspective on electronic music and their work’s themes of liberation, unity and self-empowerment. Their debut single ‘Drinkee’ was nominated for a Best Dance Recording Grammy, which was followed by a Best Dance/Electronic Album Grammy nomination for their debut album ‘Treehouse’. SOFI TUKKER’s records have achieved Gold or Platinum status on every continent other than Antarctica. Their electric and energetic live show has sold out venues and graced major festival stages across the planet, and SOFI TUKKER has also performed on major TV shows such as The Tonight Show Starring Jimmy Fallon (U.S.), X-Factor (Italy), Sunday Brunch (U.K.), Late Show (Russia) and BuzzRhythm (Japan). SOFI TUKKER are also passionate activists who have raised funds and awareness for Planned Parenthood, The Trevor Project and the March for Our Lives.

They’re currently busy touring the globe and might be somewhere near you these next few weeks:

For all dates; make sure to check their website.