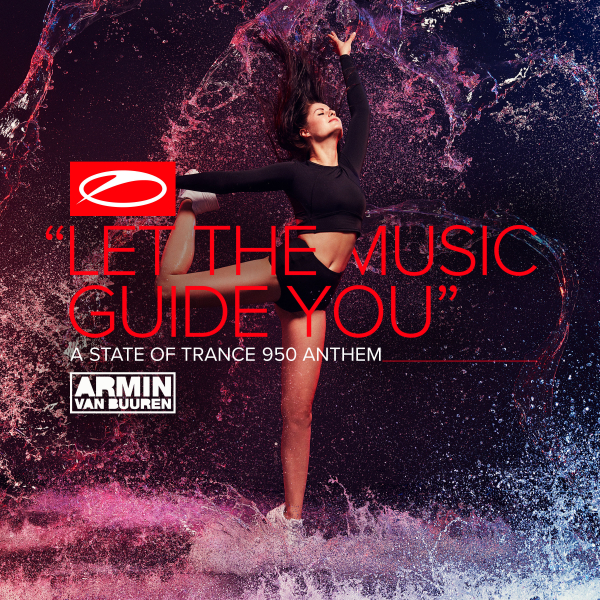 AMSTERDAM, November 22, 2019 – It has gotten fans buzzing with excitement ever since the initial announcement during Amsterdam Dance Event 2019, and it has finally arrived today: the official anthem for A State Of Trance 950, ‘Let The Music Guide You’.

Getting fans psyched for another world-conquering ASOT tour, ‘Let The Music Guide You’ is where power and emotion collide. Taking listeners down a path past surging energy spikes, epic melodies and supercharged drops, the anthem sends out a relatable message that’s sure to resonate with the legions of Trance fans coming from all over the world.

True to form, ‘Let The Music Guide You’ amplifies the already substantial momentum for the upcoming A State Of Trance 950 event in Utrecht. With a multitude of stages and a line-up chock-full of established performers and new names, it is no wonder tickets have been selling out twice as fast as last year, over twelve weeks before the event is to take place: February 15, 2020.

Armin van Buuren: “I feel that this anthem captures the true spirit of A State Of Trance. I never would’ve guessed that we’d make it to 950 episodes, but here we are. I can’t wait to play this track to my fans during my set at a sold-out A State Of Trance 950 Utrecht on February 15.”

The line-up for ASOT 950 Utrecht (in alphabetical order):