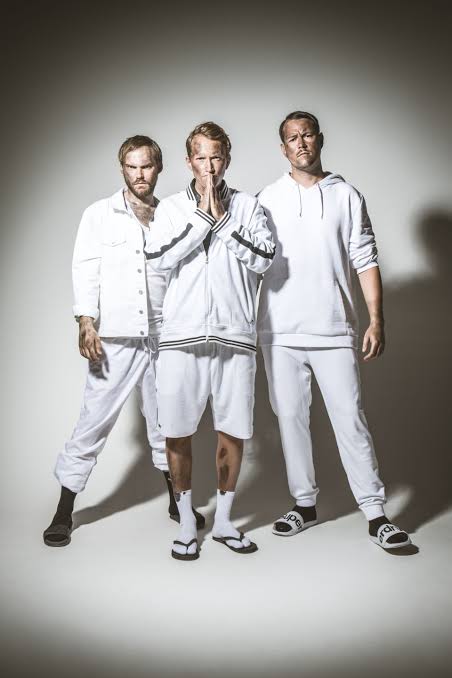 Live techno act KOMFORTRAUSCHEN will be releasing their new single ‘Mechatronik’ on 29 November via SPRINGSTOFF. The band is well known on the Berlin circuit and have played the iconic Kantine am Berghain, opened for MEUTE on their European Tour, as well as a slew of performances at festivals across Europe and the US such as the legendary Seebühne Closing at the Fusion Festival 2019, MS Dockville, MELT!, Eurosonic Noorderslag and SXSW. The single was mastered by Lad Agabekov of Caduceus Studios (Octave One, Kollektiv Turmstrasse, Oliver Deutschmann) and mixed by Wanja Hüffell (David August).

The men behind the mania are Tim Sarhan, Laurenz Karsten and Phillip Oertel – three precision-obsessed control freaks who have honed their craft of playing live techno on instruments with German perfection. All three have spent the better part of ten years as professional musicians, skillfully converting their mechanical energy into unrestrained, hedonistic techno.

KOMFORTRAUSCHEN draw influence from a wide sonic palette – from Modeselektor and Robert Hood, to Trentemøller, Depeche Mode and King Gizzard and the Lizard Wizard. They create the powerful sound of a DJ set in their own analogue fashion using traditional instruments filtered through an impressive array of pedals and effects, the end result comparable to acts such as Surgeon, Tale of Us and Agents of Time.

Welded together with propelling drums, deep unrepentant bass lines and a searing guitar that bites through like acid, KOMFORTRAUSCHEN’s sound embodies the machine accuracy of techno fused with the energy of a live band.  ‘Mechatronik I’ and ‘Mechatronik II’ show a passion for methodical soundscapes, the undulating tones and pulsing exhilaration conjuring images of late-night dancefloor intoxication. Powerful, rigid and limber, the two tracks are the work of gifted producers who delight in experimenting, inventing sounds that cross musical boundaries effortlessly.

Speaking of the tracks KOMFORTRAUSCHEN explain: “If you allow a band to play with sequencers, if you mechanically repeat the same notes over and over again, if you combine techno with the attitude of a garage rock band, it sounds like Komfortrauschen. Then you get ‘Mechatronik’…”