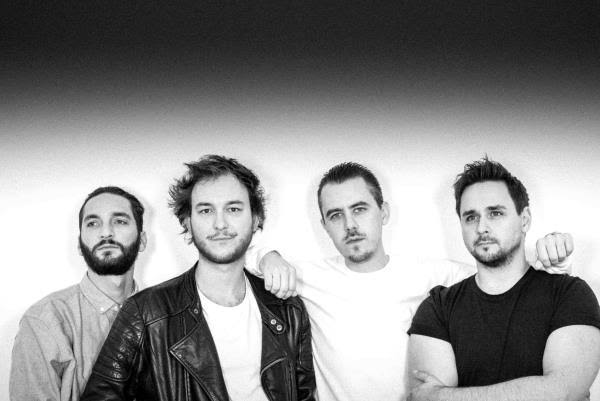 Dazzling Munich based indie-pop quartet continue to captivate with the release of their sophomore album ‘good luck’ due February 2020. Drawing on a myriad of influences ranging from 80s inspired pop, indie and disco, the band have become renowned for their peppy-paced song-writing and infectious melodies.

They say: “We feel ’good luck’ is the perfect next step on our journey into the unknown. It’s a departure from all that is behind us and our approach was to create something new and exciting. Musically we combine tracks that are clearly made for the festival season. It’s kind of a mature version of KYTES and is made for a wider audience. In general it’s important to us that we bring influences from a lot of genres to KYTES. So you may hear some 80s influences like The Police or INXS, on another track there’s a lit bit of Parcels and Jungle and then there are straighter Indie tunes that maybe remind you of Two Door Cinema Club and Phoenix. We love all those artists and those different styles so KYTES is always going to be a musical cocktail”.

Lauded by tastemaker press, with Noisey describing them as “hit-you-over-the-head catchy indie-pop” and Clash coining their music as “infectious indie-disco”, the band’s trajectory looks unstoppable.

KYTES recent sold out European tour, a #1 chart position on Hype Machine and over twenty million streams, is testament that Michael Spieler, Timothy Lush, Kerim Öke and Thomas Sedlacek are ones to watch for 2020.

The boys have racked up more than 250 shows to date, including festivals such as SXSW (USA), The Great Escape (UK), Frequency (AU), and Melt! (GER). Known for their high energy live performances, KYTES will be on the road again for their 2020 tour, with current dates below.