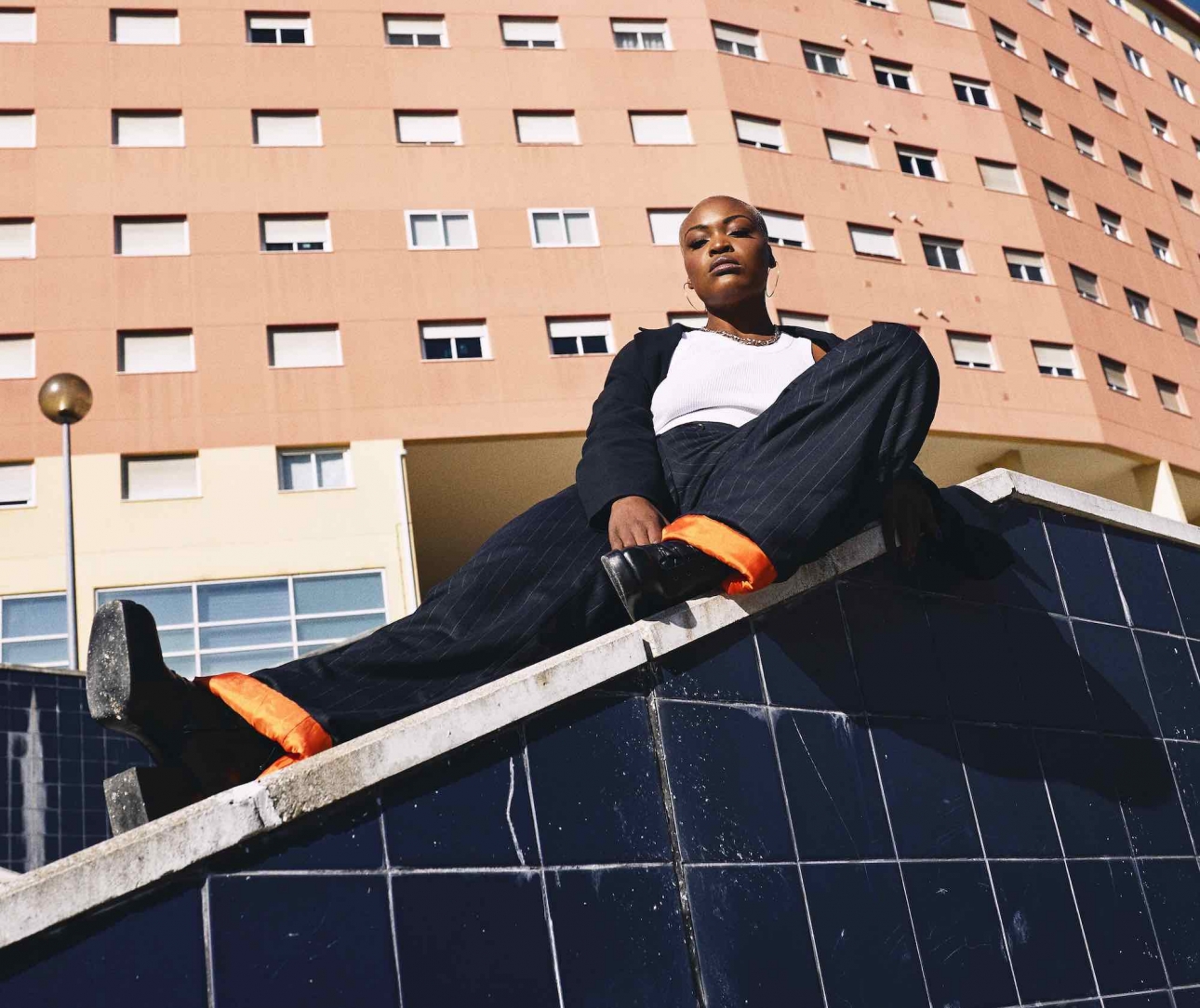 ANNOUNCES NEW EP ‘UWA’ – OUT FEBRUARY 7, 2019
An aural Vitamin D shot
Guardian
Bold super-positive pop Metro Sounds of 2020
Her invitation to the dancefloor is easy to accept Pitchfork
Blending her penchant for dancehall and Kuduro she’s proving herself as one of the most inventive and exciting performers around right now NME 100 Essential New Artists For 2020
Multi-disciplined artist Pongo has a rich cocktail of musical cultures behind her Complex
An eclectic mix of sounds and genres that defies classification The Line of Best Fit
Wastes no time in kicking into high gear The Fader
African rhythms melding upbeat electronic sounds and Pongo’s lush vocals Indie Shuffle
Angolan-Portuguese singer & rapper Pongo – recently featured as part of NME’s 100 Essential New Artists For 2020 – today releases ‘Canto’, the latest single lifted from her forthcoming new EP, ‘Uwa’, due out on February 7, 2020 via Caroline International. ‘Canto’ follows lead-off single ‘Quem Manda No Mic’, supported by BBC 1Xtra (Jamz Supernova) and added straight to the B-list at BBC 6Music alongside Pongo’s debut run of UK headline shows, including a rowdy, packed out London date at Redon. ‘Uwa’ – meaning ‘step’ in her Angolan language of Kimbundo – follows Pongo’s 6Music-supported debut EP ‘Baia’ – which has since been streamed over 6 million times and counting, also spawning remixes from 20syl and Anoraak (issued via Kitsuné). Stream ‘Canto’ here, and watch the new video – filmed on location in Lisbon – here.

Whilst the ‘Uwa’ EP marks the first time Pongo raps in English – she’s fluent both in Portuguese and Kimbundo – the lyrics of ‘Canto’ are delivered in Portunol, a blend of Portuguese with elements of Spanish. A celebration of her turbulent path to a career in music – with a title that translates quite simply as ‘I sing’ – ‘Canto’ pitches Pongo’s sandy vocals above the Latin rhythms of mambo, with results that feel both futuristic and borderless. Speaking about the track, Pongo says; “This song describes the happiness I feel while making music. I’m trying to use latin rhythms and their particular ambience. I love mixing and discovering.”

It’s a mindset captured by the striking new visuals for ‘Canto’, directed by Parisian Felix Dol Maillot, in which Pongo performs in the surf and above the rooftops of Senegal’s coastline. Speaking about the video – filmed over the course of a single 16 hour day-to-night shoot – Dol Maillot says; “‘Canto’ is a track without boundaries. Across the track Pongo sings & raps seamlessly in different languages, telling us that music is everything in her life. I felt it was interesting to shoot in locations which aren’t easy to place geographically, with just Pongo front & centre, singing and dancing. The power of this song made me feel it would be interesting to have lots of low angle shots with just Pongo against the sky alongside some overhead shots to give an aerial look. That’s how the idea of the mirrored staircases came up. I wanted Pongo to be performing on top of something strong visually, but something that could also blend into different locations and absorb the atmosphere around her.”

Originally hailing from Angola’s capital city of Luanda, as a kid Pongo was forced to flee to Europe with her family to escape its lengthy, harrowing civil war. Eventually settling in Portugal in a city just north of Lisbon with a very small African-immigrant population, a young Pongo experienced prolonged racist abuse whilst completing her schooling in the area. Already seeking solace from a disturbing present tense by retreating into the music, dance & slang words of her former life in Luanda, Pongo’s route to becoming one of Kuduro’s fast-rising young stars was completed by the closest of near misses. Falling several storeys out of a window as the result of a prank gone horribly wrong – “I was always doing some kind of stupid acrobatics” – and somehow escaping with only a badly broken ankle, Pongo was forced to catch a train each week to meet with a physiotherapist for treatment. Stopping every week at the city’s Quelez Station, Pongo came into the orbit of the Denon Squad, a group of boys practising kuduro dance on the streets of one of Lisbon’s largest African communities. Soon rapping over their routines – in defiance of her father, himself a kuduro dancer back in Angola – a tape of Pongo’s recordings made its way into the hands of Lisbon-based club night turned kuduro collective Buraka Som Sistema. Pongo (taking her artist name in tribute to feminist Congolese singer, M’Pongo Love) then went on to make her debut on their ‘Black Diamond’ album, alongside the likes of M.I.A. and Kano.

With Pongo now choosing to live in Lisbon’s Quelez neighbourhood, and still sporting the large scar across her calf which remains from her death-defying accident, you sense it’s more than just coincidental that the kuduro movement took its name from an Angolan slang word meaning ‘hard-ass’.